Rick Sorrells took $3 million in bribes in a scandal that bankrupted the taxpayer-supported entity he served. It all started with cameras on school bus stop arms. 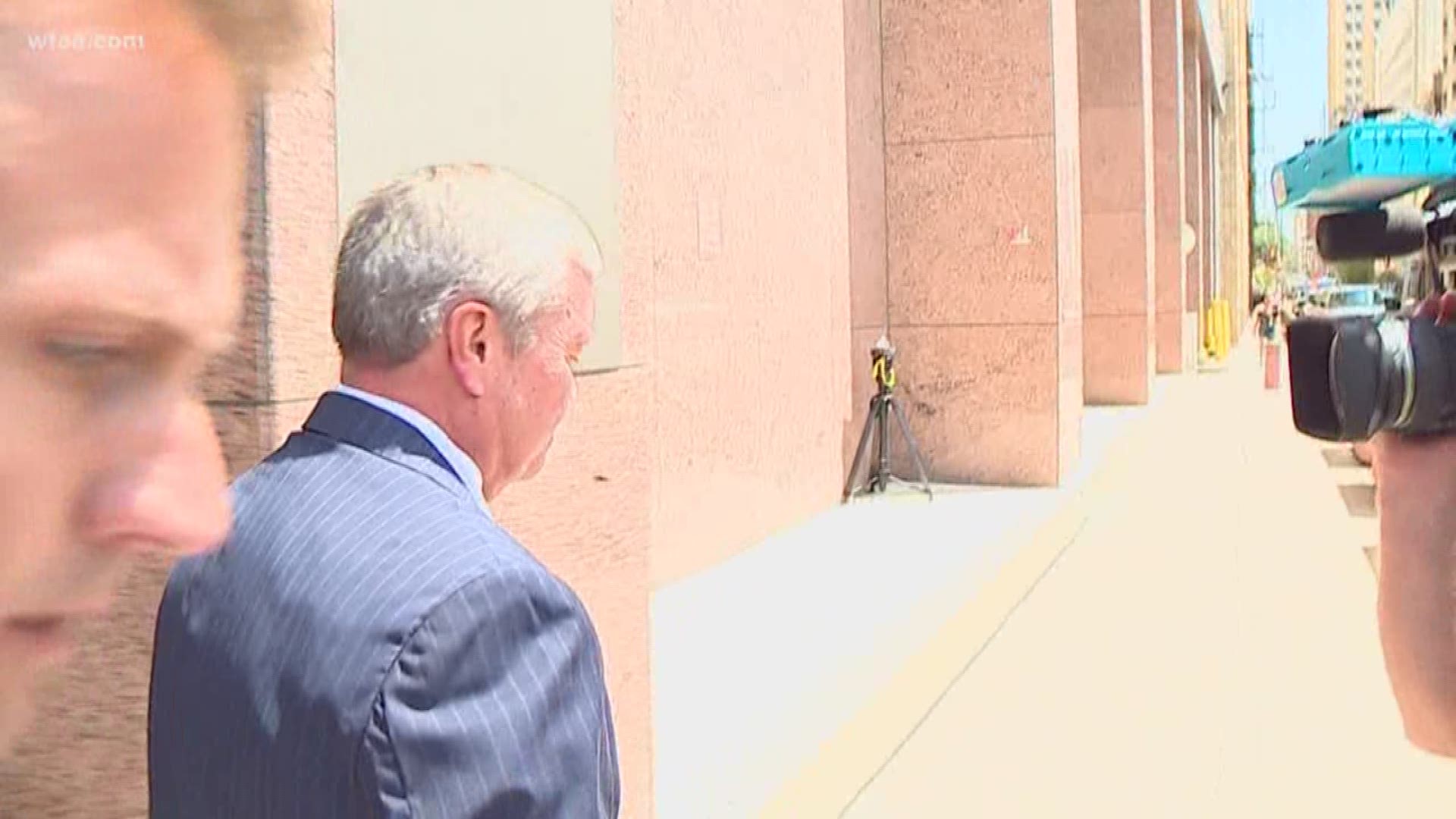 A Dallas federal judge had harsh words for former Dallas County Schools superintendent Rick Sorrells when she sentenced him to seven years in prison for taking $3 million in bribes in a scandal that bankrupted the taxpayer-supported entity he was hired to serve.

“You were living high on the hog,” Chief U.S. District Judge Barbara Lynn told Sorrells after he pleaded for mercy during a sentencing hearing Wednesday morning.

“You were supposed to be a faithful servant to your community,” she said. “I don’t forgive you for what you did.”

Sorrells, 63, was near tears when he apologized profusely to Lynn for taking bribes and wasting millions in taxpayer money.

“I’m sincerely sorry for the actions I took that caused harm … to the taxpayers of Dallas,” he said. “I made horrific decisions.”

He said he was “weak” when he accepted bribes, and that he was relieved when the FBI raided his house and he could come clean. He cooperated with agents who were able to gather evidence on others in the public corruption scheme.

"This defendant pocketed a whopping $3.5 million in bribes, simultaneously crippling the agency he was tapped to lead and undermining the public’s trust in city officials. The citizens of Dallas deserve better – and they should rest assured that we are committed to rooting out public corruption wherever we find it," said U.S. Attorney Erin Nealy Cox in a written statement.

For years, Sorrells took bribes from Robert Leonard, CEO of Force Multiplier Solutions, which makes stop-arm cameras for school buses. Sorrells directed Dallas County Schools, which used to run a fleet of school buses serving area school districts, to buy thousands of the stop-arm cameras, many of which were never installed.

“There’s no one more responsible for the downfall of Dallas County Schools than Rick Sorrells,” prosecutor Andrew Wirmani told Lynn at Wednesday’s hearing.

The collapse of the Dallas County Schools cost hundreds of employees their jobs.

Mike Williams had been director of transportation for Dallas County Schools for 19 years.

Williams retired with full benefits, but many Dallas County Schools workers did not.

"We have some coworkers I know of personally that are relatively homeless," he said. "They live from family member to family member. And we have others trying to find odd jobs to make rent."

"To steal that much money, to cost a lot of people their jobs and livelihoods, it's just not right," Williams added.

The judge ordered Sorrells to share in repaying $125 million in restitution with Leonard, whom she previously sentenced to seven years in prison.

Sorrells wasn’t the only public official who took bribes and advocated for the expansion of Leonard’s stop-arm camera program.

He is serving four years and eight months in federal prison.

He admitted to pocketing $450,000 between 2011 and 2017 from Leonard. In exchange, Caraway advocated for the stop-arm camera program on the Dallas City Council.

Another official caught in the scandal is former Dallas city council member Larry Duncan, who later became chairman of the Dallas County Schools board.

Duncan admitted taking $184,000 in phony campaign contributions from Leonard. He spent the money on personal expenses and pleaded guilty to not paying taxes on that income. He received probation.

Duncan used the money from 2012 to 2016 on car-related expenses, cash withdrawals, and money for him and his wife, court records show.

RELATED: Man who paid more than $3 million in bribes and kickbacks to Dallas officials sentenced to 7 years