Anthony Strather, 17, was shot and killed Thursday evening. His team won 56-3 the next day. 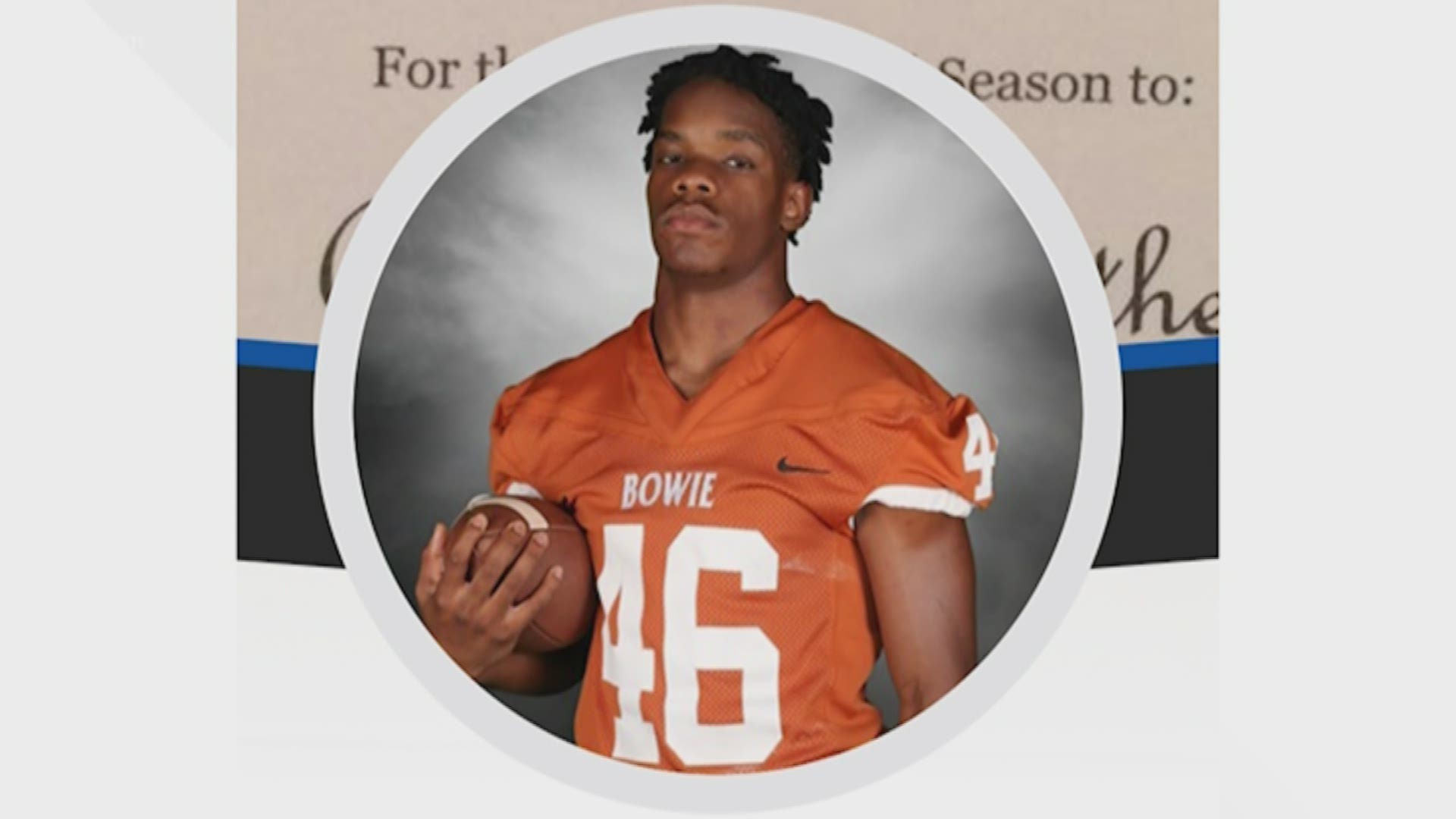 FORT WORTH, Texas — A bittersweet win was shared between players of Arlington Bowie High School Friday night. A little more than 24-hours prior, one of their teammates was shot and killed.

Around 4 p.m. Thursday, 17-year-old Anthony Strather was shot and killed in the 2000 block of Cliffside Drive.

Investigators with the Arlington Police Department believe that Strather was trying to break up a fight in front of a large group of kids in the street when he was shot.

Another teen was shot and a neighbor was grazed by a stray bullet. Both survived.

As of Friday night, detectives were reviewing a cell phone video taken during the incident to identify the shooter.

Strather was a senior and a starting defensive end for the football team. One of his coaches told WFAA that the teen was entertaining several college offers and had a bright future ahead of him.

"Bright" was a word that classmate Joseph Singleton used to describe Strather at the game.

Singleton said that Strather was a mentor to him, and encouraged the sophomore to get his grades up when he struggled in the classroom.

"I just wish that they didn't take him so early because I really looked up to him very much," Singleton said. He continued to tell WFAA that what happened makes sense because Strather wanted everyone to get along.

Before the game began, cheerleaders put up spirit posters along the away section that mentioned Strather, or 'Tony' as he liked to be called.

Credit: Matt Howerton
Players for Arlington Bowie had '46' sewn onto their jerseys for Friday's game.

It wasn't difficult to notice the '46' sewn onto player jerseys either. During the coin toss, Strather's actual jersey was carried by team captains to the center of the field.

After, it stayed close by on a team bench. Before the game began, a moment of silence was held in his honor.

Credit: Matt Howerton
Strather was an honorary team captain during the coin toss. His jersey was held by his teammates.

Parents and grandparents in the stands couldn't help but be moved.

"He came by the house a lot," Hurd said. "He was a friendly guy to me. He was a respectful guy. I didn't sleep well last night once I heard"

"He played pee wee ball with both of my sons," Ponder said. "He was a great kid, and it just sounds like he was in the wrong place at the wrong time."

Bowie was playing Trimble Tech High School out of Fort Worth ISD. A coach before the game told WFAA that his players were going to hit the field and go above and beyond for Strather.

As fans exited the stadium, a voice came over the PA for one final announcement.

"Thank you to number 46...Anthony Strather."

A GoFundMe page has been set up to help the family with funeral costs.