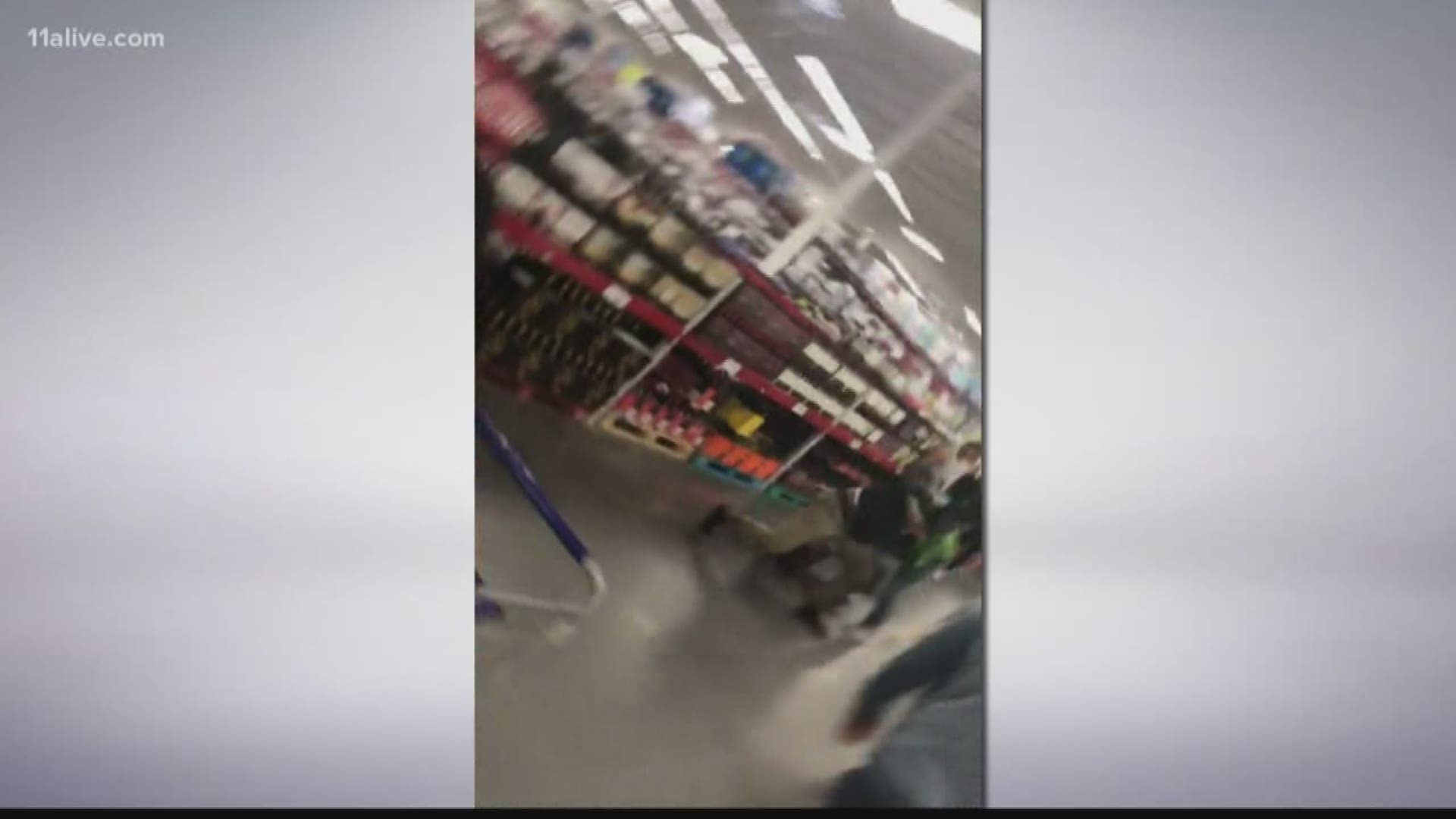 HIRAM, Ga. — A shopper had to be taken out of a busy Sam's Club on a stretcher after a fight broke out on Thursday in Hiram.

According to police, officers were called around 5:30 p.m. to the store off Jimmy Lee Smith Parkway because of the fight. When officers arrived, with the help of Paulding County Sheriff's deputies, they found two men with injuries and a crowd gathered.

Police quickly debunked the rumors on Friday that the incident was related to an argument over water, toilet paper, hand sanitizer and other supplies sought in connection to the concerns over coronavirus. The store, along with other retailers across the metro, have been extremely crowded as families look to get food and supplies.

According to police, a man had been navigating the aisles in a motorized shopping cart when he bumped into another group's shopping cart. A female in that group slapped the man's hand - apparently accusing him of "ramming" her shopping cart while her child was inside.

The man in the motorized cart began to back away, according to police, but the female and another man "re-approached him, escalating the confrontation further."

"The altercation continued after the bottles were broken, causing lacerations to both parties, in addition to the altercation ending on the ground with both parties fighting among the broken glass," police said in a statement.

They said bystanders assisted in separating the parties until police arrived.

The situation, police said, is under investigation, however, criminal charges have been "prepared" for all three involved.

The two men were treated for non life-threatening injuries.

A video circulating on social media showed a man being taken away on a stretcher.

Man shot, killed inside his living room; Police say the gunshots came from outside

Mother recounts speaking with daughter before crash that killed 5: 'She said, I love you'

Georgia colleges to close for 2 weeks due to coronavirus