The march started at Discovery Green and went to Houston's City Hall. 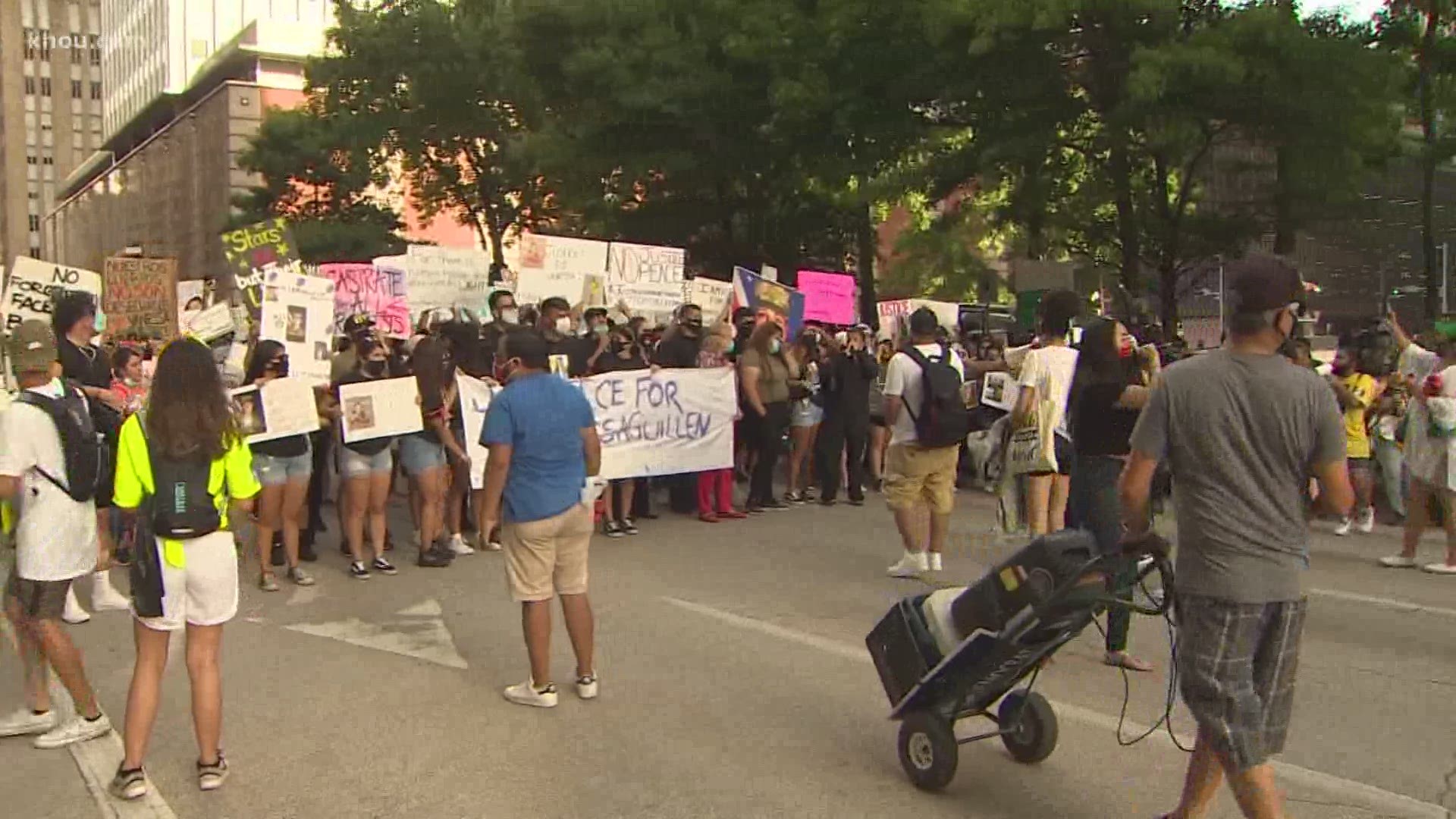 Thousands gathered downtown Saturday for the march that started at Discovery Green and ended at City Hall. Chants in English and Spanish could be heard through the downtown streets of Houston. People were angry, demanding justice for Guillen.

Guillen, who is from Houston, was last seen April 22. Remains were found Tuesday roughly 30 miles from Fort Hood during the search for Guillen. Although they have not been positively identified, authorities believe they belong to Guillen.

March organizers said her life was taken way too soon and her family needs justice.

"We started this march for Vanessa because we had to. When I look at Vanessa I see my younger sister's and how easily that could be them, how that could be anyone's child," said Andrew Rodriguez, one of the march organizers. "There is a Vanessa in all of us today and we won't stop until we find truth and justice."

“I’m actually angry. She went into the Army thinking it was a safe place for her to be there and she wasn’t safe,”said Yaressy Davila, a friend Guillen's.

People from all over Houston and surrounding areas came to show their support for the Guillen family. Even some of Guillen’s high school soccer friends made T-shirts just for her.

With posters in hand and masks, they all marched down Walker Street and made their way to Houston City Hall. That is where the family, local state and federal leaders promised they would do everything they could to bring change.

On July 4, a day to celebrate America, this community mourns a soldier that just wanted to fight for our country.

“I’m a veteran. I wore the same uniform she did. The way she got treated was uncalled for,” said Edward Salazar, a veteran from Houston.

This is just one of many ways Houstoninans and other supporters across the world are demanding justice for Guillen.

On Friday, hundreds of people gathered for a vigil in Killeen, calling for a change in leadership at Fort Hood.

The national organization LULAC is also calling for a change.

One of them is 20-year-old Spc. Aaron David Robinson. Robinson killed himself as officers moved in to arrest him late Tuesday night.

The other suspect is Cecily Aguilar. She's been charged with one count of conspiracy to tamper with evidence, according to the U.S. Attorney's Office Western District of Texas.