The lawsuit says an adult employee at the Fort Worth Animal Shelter sexually assaulted the teen while other employees did nothing to protect her. 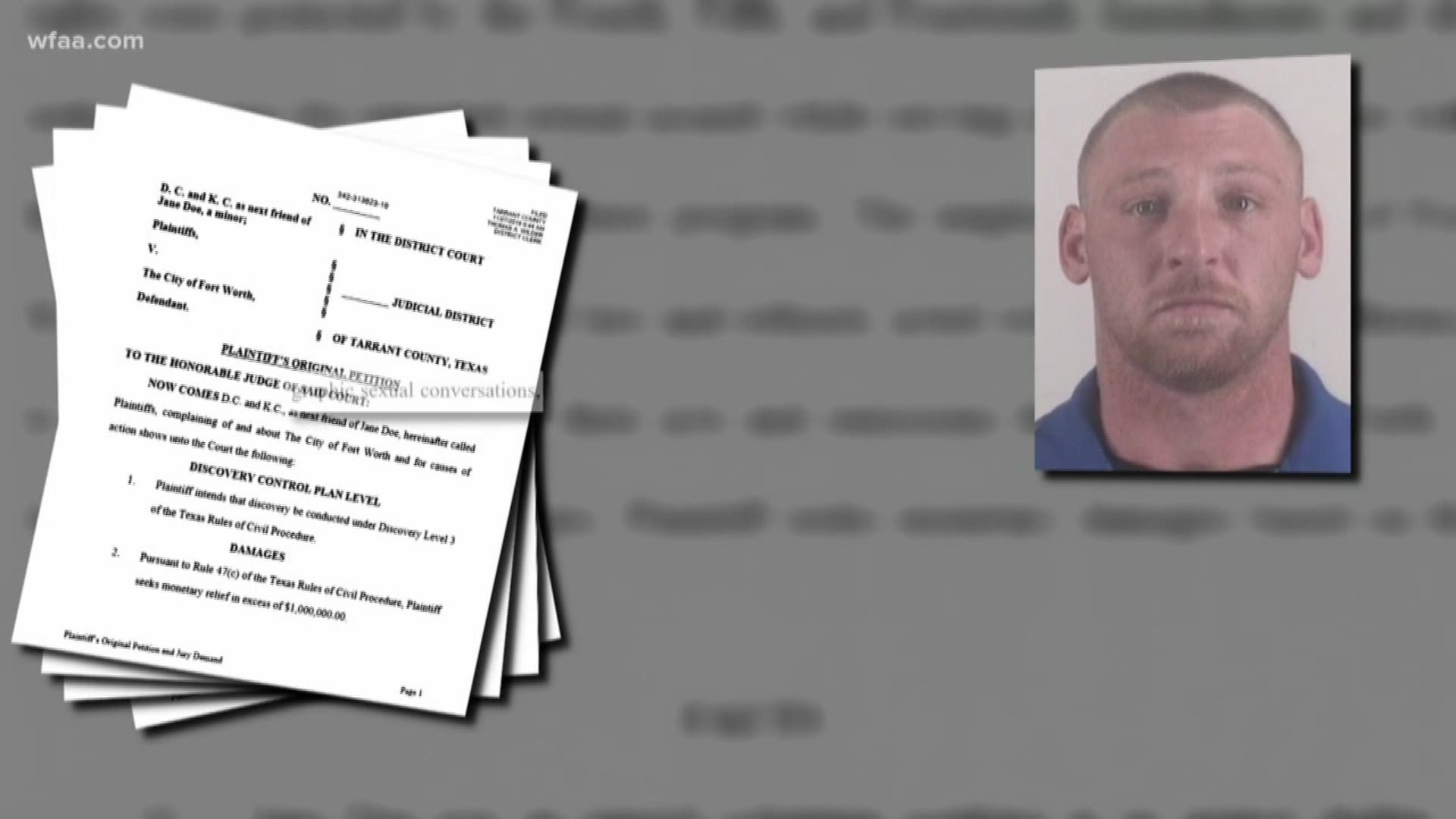 FORT WORTH, Texas — A teen was repeatedly sexually assaulted over several months while volunteering at a Fort Worth animal shelter, according to a lawsuit filed against the city.

“It began as flirtation and then escalated to sexual contact, and she was only 15,” said attorney Zeke Fortenberry, who represents the teen and her family.

The lawsuit claims the city didn’t protect the teen from Christian Morgan, who the family says repeatedly sexually assaulted the teen when she volunteered at the shelter where he worked.

He was fired in May, city officials said.

The teen often worked with Morgan, who's now 31.

"He groomed her," Fortenberry said.

According to the lawsuit, he “initiated graphic sexual conversations, sent pornographic images... and ultimately had sexual contact” with the girl while they both worked at the shelter.

"One of the things I think that’s really incredible about this case is this abuse went on for a period of months,” said attorney Edith Thomas, who also represents the teen and her family. “It was well known by people in the animal shelter this was going on and nobody did anything about it.”

The lawsuit seeks at least $1 million in damages.

Morgan was charged with sexual assault of a child under 17 and indicted in July.

His attorney declined to comment about both the criminal and civil cases but said Morgan pleaded not guilty.

Michelle Gutt, a city spokeswoman, said Morgan passed multiple background checks. She said he was terminated from his job at the shelter on May 17.

"We respect the sensitive nature of this issue and the parties involved," the City of Fort Worth said in a statement addressing the civil suit. "The employee involved has been terminated and we are working with law enforcement."

When asked what the city does to protect juvenile volunteers, Gutt was unable to provide any information.

“I think it’s so scary because you just have this expectation the City of Fort Worth is going to take care of your teenage volunteers, and in this case, they didn’t," Fortenberry said. "There were no safeguards in place."