Shanna Vandewege, 36, and her infant son were murdered in 2016. Police say her husband Craig did it. But the trial still has no date. 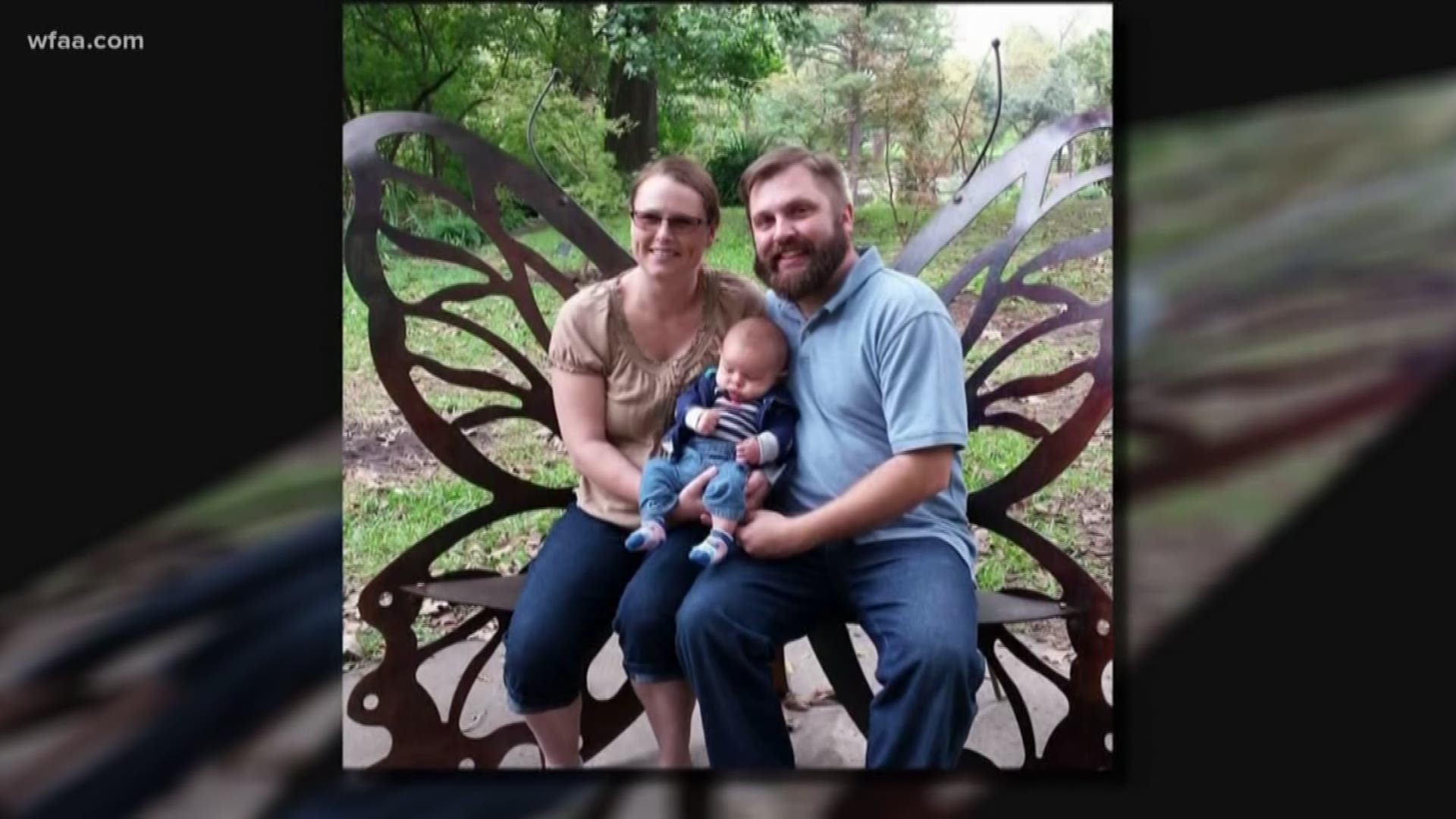 FORT WORTH, Texas — Even over a video call, you can hear in Mark Riddle's voice and see on his face a father's sorrow and a grandfather's grief.

"In case someone doesn’t know," he said, holding up photos to the screen, "that was my grandson and that was my daughter."

Next month it will be three years since Riddle lost his daughter, Shanna Vandewege, and his infant grandson Diederik, in a crime that shook the community.

"Kind of puzzling exactly what happened," a neighbor told us at the time.

RELATED: Deaths of woman, baby caused by cuts to neck

The mom and baby were found in their north Fort Worth bedroom with their throats cut on December 15, 2016, the day after Riddle's birthday. Shanna's own husband, Craig, who was also the baby's father, was charged shortly after with capital murder.

"We were told the trial would probably happen the fall of 2017 or spring of 2018," Riddle told WFAA.

But that didn't happen. A trial didn't happen in the spring of 2019, which Riddle said was also a possibility. And then the trial, finally scheduled for September of this year, fell through.

"I nearly broke down when the district attorney's office called," he said.

All their hopes — not to mention the plans they made to travel from Colorado and stay here for the trial — were dashed. It's been emotionally and financially hard, Riddle said.

"There’s really been no reasoning given, just — they just told us they're not going to be able to get to it at this time," he said.

The Tarrant County District Attorney's Office didn't provide a reason to WFAA, either.

"Our prayers and sympathy are with the family," a spokeswoman said, but "we are not able to comment on any facts of the case with it pending."

The defense wouldn't comment either, saying just that they're anticipating their day in court.

We're told it's not completely unheard of or unusual for a capital murder trial to take this long, but that doesn't do much to soothe the family who's been hurting now for years.

Meantime, the home where the couple lived has repeatedly been broken into, Riddle said, which is adding to their heartache.

the trial is still not rescheduled, and now Riddle faces a fourth Christmas without his daughter.

"If people down there have got a spare prayer, throw it our way. We could use it," he said.