Christopher Cashen, 16, was shot and killed Sunday afternoon. Two suspects, 15 and 16, are charged with his murder. 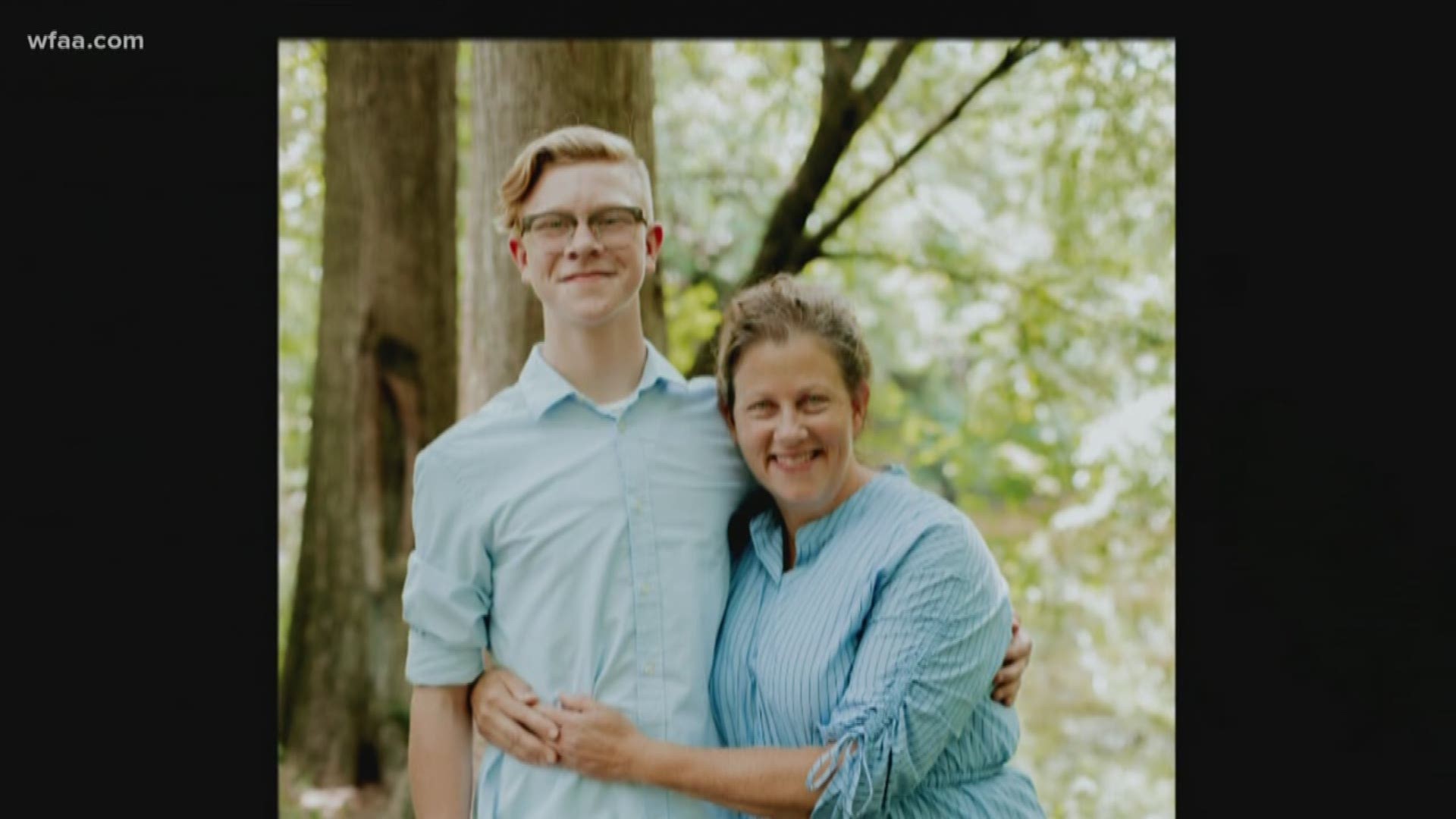 RICHLAND HILLS, Texas — In a family of nine children, it can be hard to stand out. But Christopher Cashen did.

"It was kind of inspiring to see his creativity coming around," his other brother Andrew Cashen said. "He could draw anything you could think of. He could create little graphics and designs."

Christopher's family said he loved soccer and music. His brothers remember concerts and driving around in a truck, with Christopher turning the music up loud.

Those are memories and anecdotes of Christopher the family now clings to.

RELATED: 2 juveniles arrested on murder charges in death of 16-year-old in Haltom City

Sunday afternoon, the family's 7th-born child was shot to death at an apartment complex down the street from where he lived, on the Richland Hills-Haltom City border.

Haltom City Police have since arrested two teenagers in connection with Christopher's death. One of them is 15; the other, 16. Police haven't released a motive or said if the suspects knew Christopher but did say they were all from Richland Hills.

Siblings Joseph and Andrew say they'd worried about their little brother, saying he'd fallen in with a tough crowd in the past year or two.

"We do know he’d been getting into some trouble with other local kids around here," Joseph said.

"I don’t think anyone of us gave up on him at any point in time."

Their mother, Terri Cashen, took her grief to Facebook on Monday, writing, "There have been so many of you that have been praying for our family over the last few months as we were asking God to help him make better choices."

Never did the family imagine they'd be faced with a life without Christopher.

"He had a mother and father that loved him," Andrew said. "Eight brothers and sisters that would do anything in the world for him."

And now, as they wait for answers, they struggle with the idea that a life with as much potential and talent as Christopher's would end at just 16.