“The militia groups and the anti-government groups have really taken this moment and capitalized on it,” said an official with the Southern Poverty Law Center. 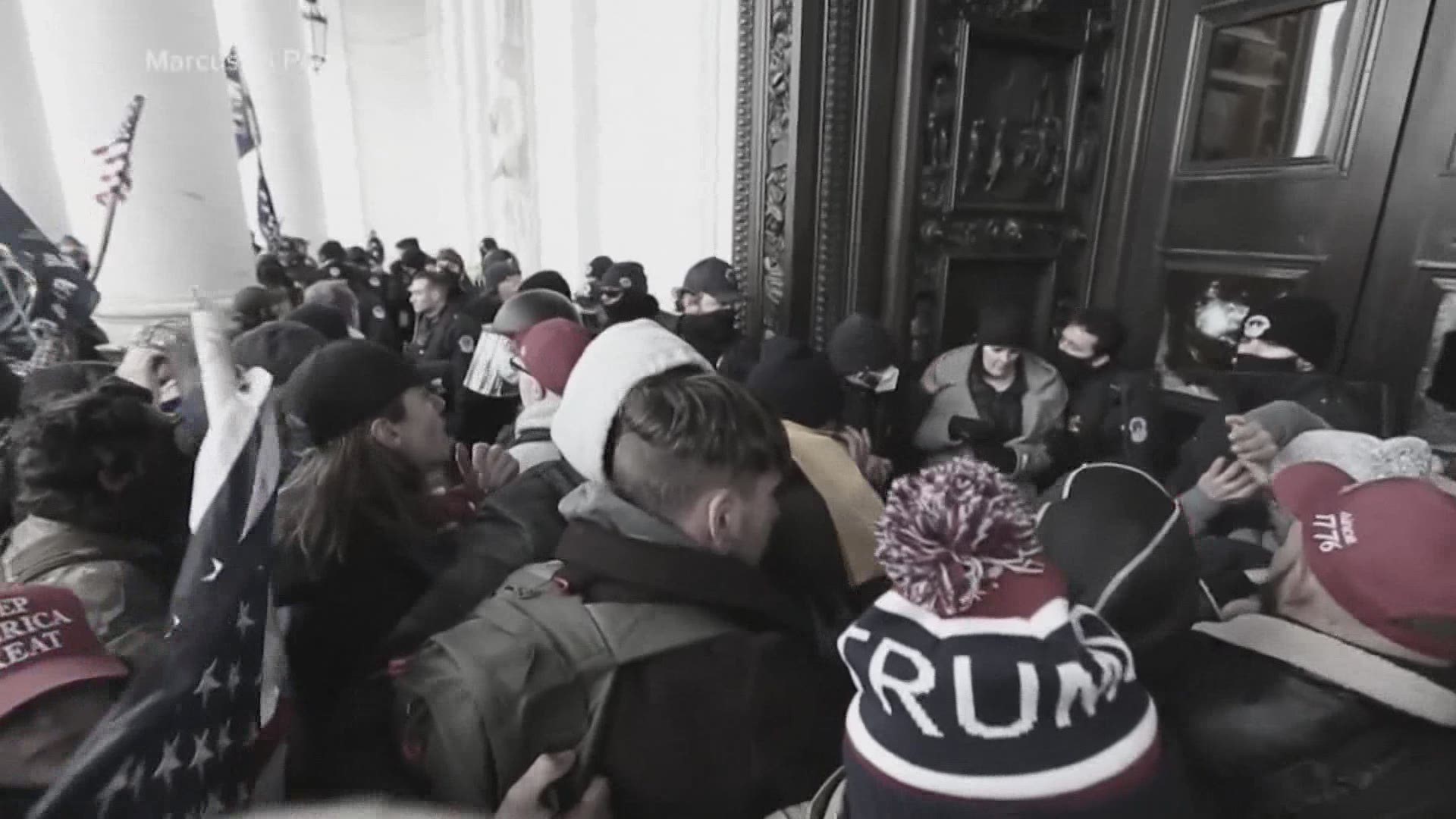 DALLAS — The National Guard was ready Wednesday, and so were police departments across the country. They were prepared for unrest and large protests at President Joe Biden's inauguration.

Biden chose to have the ceremony outside despite threats, vowing not to give into terrorism. There were 25,000 troops at the U.S. Capitol to ensure Biden was sworn in safely.

And while extremist groups didn’t show up, they are very much around, and experts say those groups are growing in numbers.

“The militia groups and the anti-government groups have really taken this moment and capitalized on it,” said Lecia Brooks, the chief of staff for the Southern Poverty Law Center.

Biden promised to take on these groups as the nation stays on high alert for domestic terrorism.

”A cry for survival comes from the planet itself. A cry that can’t be any more desperate or any more clear and now a rise of political extremism, white supremacy, domestic terrorism that we must confront and we will defeat,” Biden said.

As Biden was being sworn in, law enforcement sources say they were monitoring right-wing extremists who were posting on the internet and vowing to fight on and not stand down.

“These groups are convinced the government has turned against them. They present a tremendous threat to our nation,” Brooks said. “You won’t be surprised to know that a large majority of the members of these organizations are connected to the military or law enforcement in some kind of way. They recruit for those people because of their specialized training with weapons."

The National Guard removed 12 of its members from inauguration duties because of questionable behavior; two of them were removed for inappropriate texts and messages.

The FBI is still investigating what happened during the Jan. 6 riot at the U.S. Capitol and are arresting hundreds of rioters, including the leadership of some of the most dangerous extremist groups.