The two chase suspects are in custody and likely will be charged with evading and aggravated assault, according to investigators. 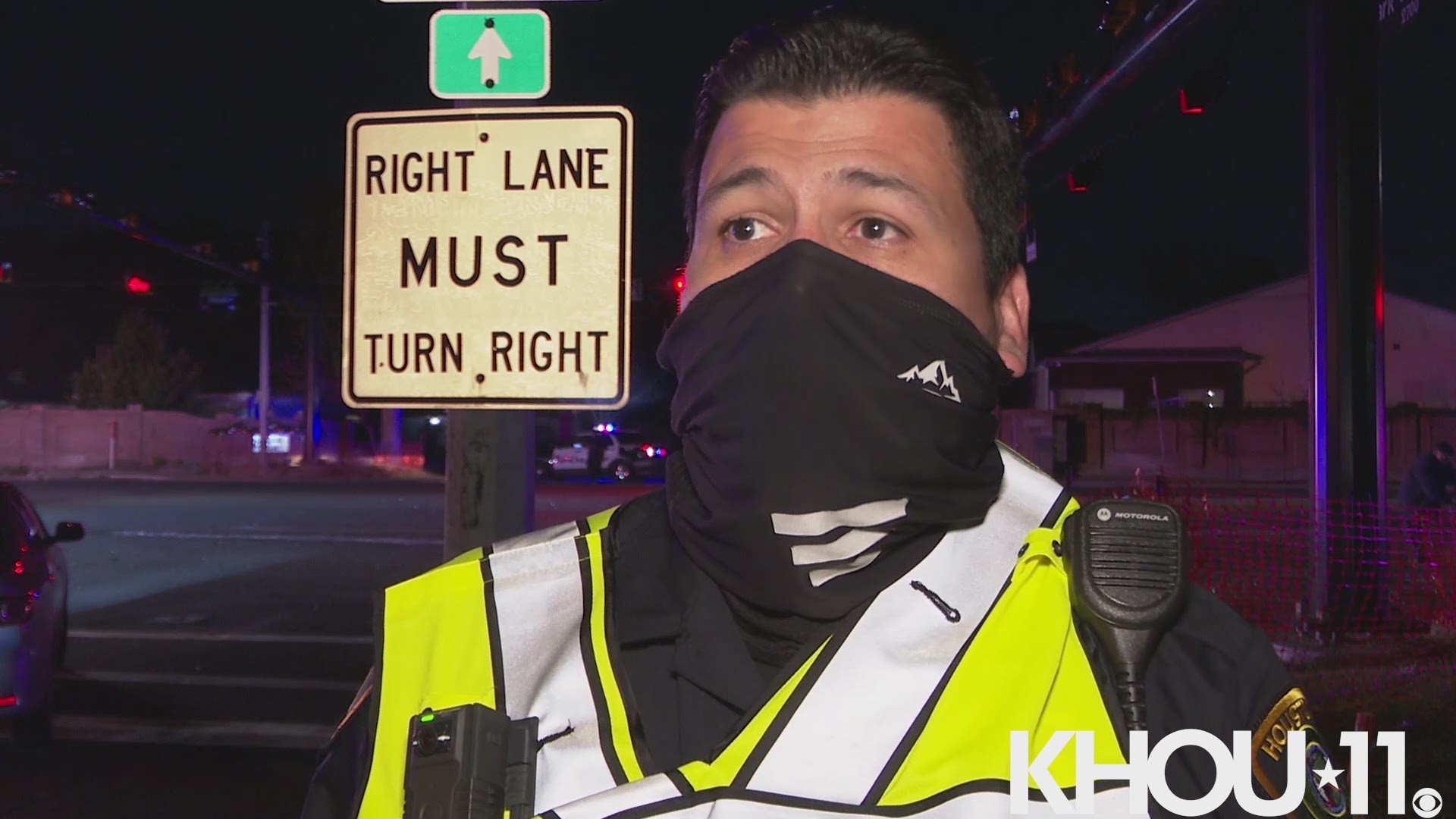 HOUSTON — A driver was taken to the hospital Monday night in critical condition after she was t-boned by two suspects involved in a chase with the Houston Police Department.

This happened at about 9:30 p.m. on Westheimer at the Briarpark intersection.

Houston police said the chase suspects were traveling eastbound on Westheimer and once the suspects approached the Briarpark intersection they ran a red light and T-boned with another vehicle.

The innocent driver was critically injured. She was taken to a nearby hospital where she was listed as stable.

The two suspects were also taken to the hospital. They are in custody and likely will be charged with evading and aggravated assault, according to investigators.