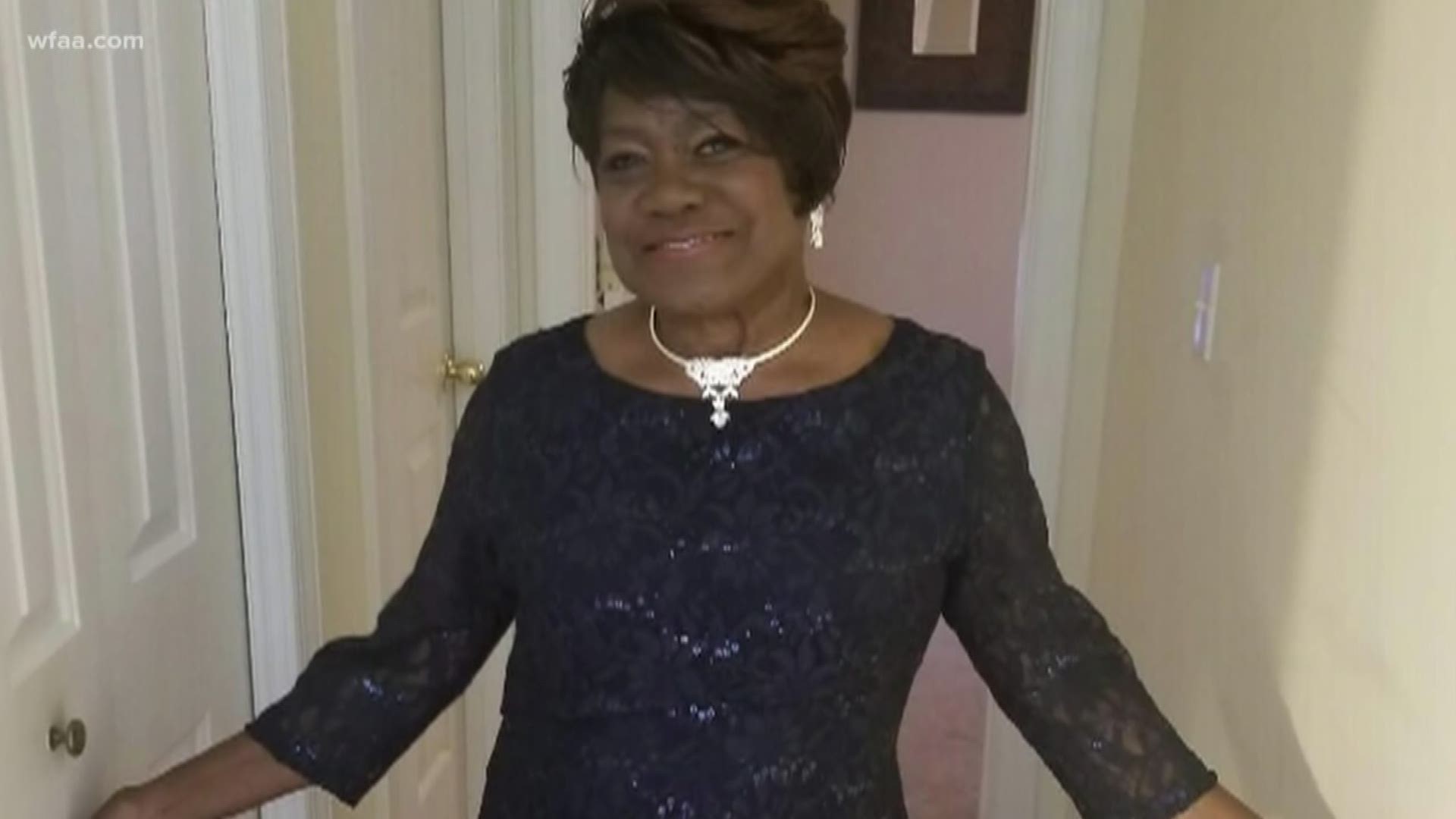 DALLAS — The Wheatley Place neighborhood in South Dallas is an area most residents describe as having a lot of pride.

However, hearts were heavy across that community on Friday as neighbors learned about the violent shooting death of longtime resident Gloria Roque.

Roque, 79, was inside her home on the 3700 block of Meyers Street when some unidentified gunmen fired shots into her house and a next door neighbor’s home. Roque was rushed to a hospital and died from her injuries.

Cochran said he served on the Wheatley Place Neighborhood Association with Roque.

This is not the first time bullets have been shot at Roque’s home. In March 2017, she was among neighbors whose homes were riddled with bullets during a gang-related shootout at Wheatley Park.

At the time, Roque told WFAA, “I didn’t holler, I just fell on the floor.”

During the 2017 interview Roque spoke out urging city leaders to do something about the senseless violence that was impacting neighbors. Two teens were also injured during that shooting. Roque showed the bullet holes that hit her house. At the time, she also explained how she dropped to the floor to dodge the flying bullets.

Roque said in that 2017 interview, “I’ve never been short on words. But they need to be more concerned. They need to come out here. It’s just not supposed to be the police that’s walking around.”

Now, two years later the life of that grandmother and retired teacher was tragically taken.

Roque was a regular worshipper at Warren United Methodist Church. Manning said she often participated during services she attended. He said she would give hugs to other members and dance during worship.

Manning explained, ”I think the best thing we can say right now is if you know who did it, right, we need to start identifying who these members of our community are.”

Roque family and neighbors are, no doubt, stunned. Her son Keith Lee said he wants the violence to stop.

Dallas Police Department is urging anyone with information about Gloria Roque’s homicide to call Det. John Valdez at 214-283-4828. Crime Stoppers is also offering a reward of up $5,000 for tips that lead to an arrest and indictment for the crime. Crime Stoppers may be reached at 214-373-TIPS.