The shooting occurred Wednesday night near a gas station in south Dallas, according to police. 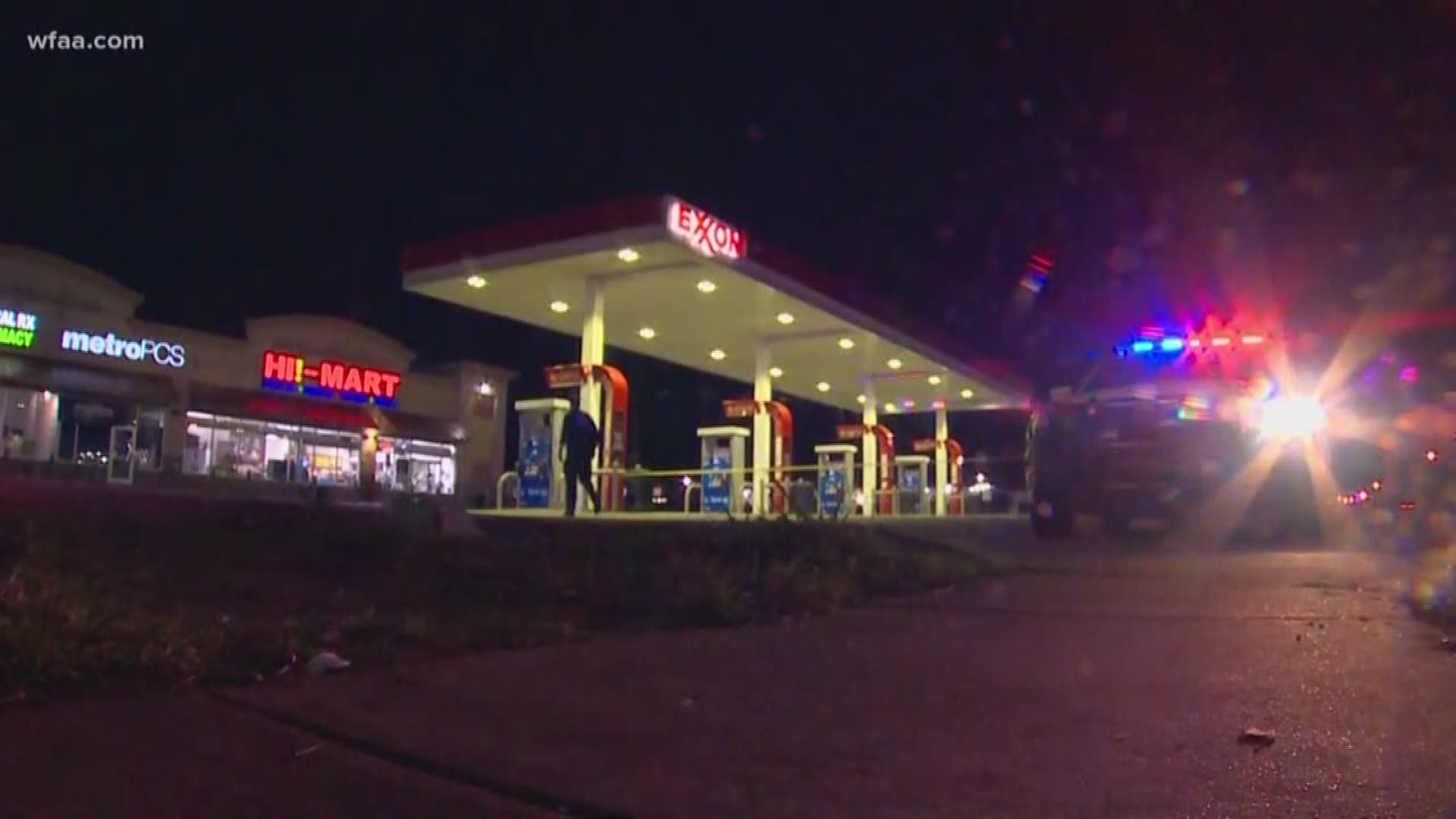 DALLAS — This story has been updated with additional information from Dallas police.

A man was killed and a woman was injured in a drive-by shooting in Dallas' southeast Oak Cliff neighborhood, police confirm.

Another person's vehicle was struck by gunfire, but that person was not injured. Multiple bullets also hit the Hi Mart located at the 3502 block of Simpson Stuart Road.

According to authorities, the victims were innocent bystanders who were shot in the parking lot of the convenience store.

Police say two sedans were driving in the area, firing shots at one another. A passerby whose vehicle was struck told police the sedans were white and gray, possibly Hondas.

The victims were struck by the crossfire, authorities say.

A man was pronounced dead at the scene. A woman was transported to the hospital with non-life threatening injuries, officials say. She was struck while in her vehicle with two children.

At this time the names of the victims have not been released.

Police say the investigation is ongoing and no suspects are in custody.

Dallas police ask anyone with information regarding this incident to contact Det. Loeb at (214) 671-3702 or jeffrey.loeb@dallascityhall.com. Please reference case #253763-2019.