DPD says the device found was made to "insight fear," but wasn't a chemical or an explosive. 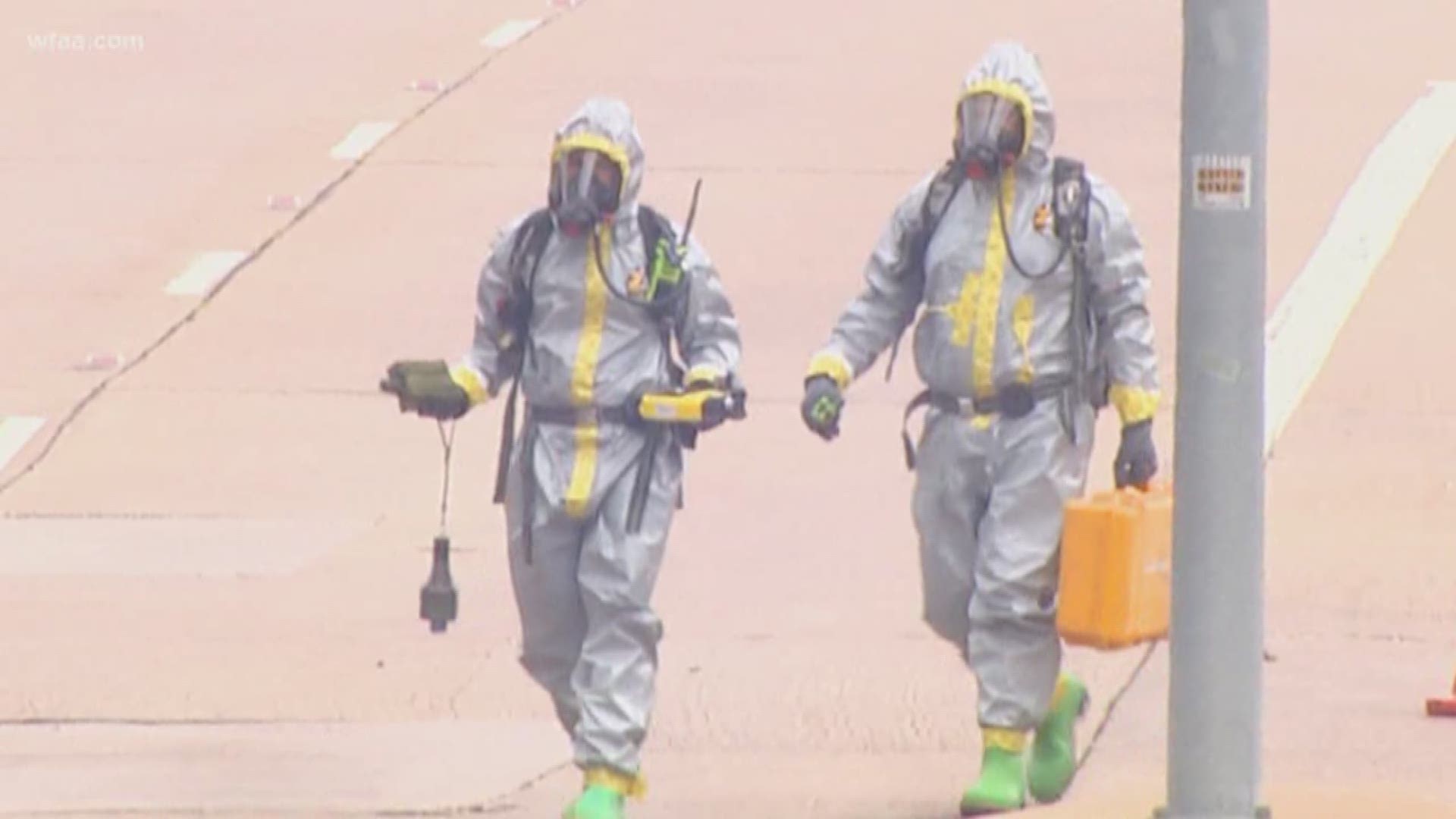 DALLAS -- Police say a "suspicious package" found near an abortion clinic in North Dallas Friday morning was a hoax meant to scare people.

The package was found by a pro-life group who was outside the clinic praying.

"It was about two feet tall wrapped in black plastic and had string around it to make it look like a little doll,” said Susan Platt, who found the device.

DPD's bomb squad sent in a robot to pick the package up and rip it apart to see what was inside. Hazmat was also called to the scene. It was ultimately determined not to be chemical or explosive.

“It was an alarming thing to see and it was specifically designed to insight fear,” said First Asst. Chief David Pughes, with the Dallas Police Department.

The call about the package came Friday morning near the Southwestern Womens Surgery Center in the 8600 block of Greenville Avenue. The area near the center was evacuated.

A spokesperson for Pro-Life Catholic Committee says the group saw the package near its "40 Days For Life" prayer vigil site, close to the abortion clinic, and called police. The group says it found red paint there a week ago and believes it was targeted again.

"This event comes on the heels of our prayer volunteers witnessing a man vandalizing the site including spilling red paint on the sidewalk, dumping out our vigil materials, and leaving a beheaded doll with the words 'Pro- Choice' written on it," the group said in a statement.

"Our prime concern is for the safety of everyone in the area," Catholic Pro-Life Committee Executive Director Becky Visosky said. "We are praying for a quick and peaceful resolution."

Police say they're not sure if the incident is related to protesters, the prayer vigils or the abortion clinic but say they will not tolerate such hoaxes.

They're looking for surveillance video to try and track down the suspect.

A hoax bomb or bomb scare is a Class A Misdemeanor punishable by up to one year in jail and up to a $4,000 fine.

According to its website, Southwestern Womens Surgery Center offers surgical and medical abortions.

"Our goal is to ensure that every woman’s emotional and physical needs are met," the website states. "Our clinics are renowned for providing excellent medical care and compassionate counseling."

”All of this brings home the concerns of a culture that doesn’t value life and that’s the reason we are out here.” Visosky said.

The center hasn't released a statement.