DPD: No gun found on suspect outside Dallas middle school

One person is in custody after police received reports of an active shooter outside a middle school in Southeast Dallas. 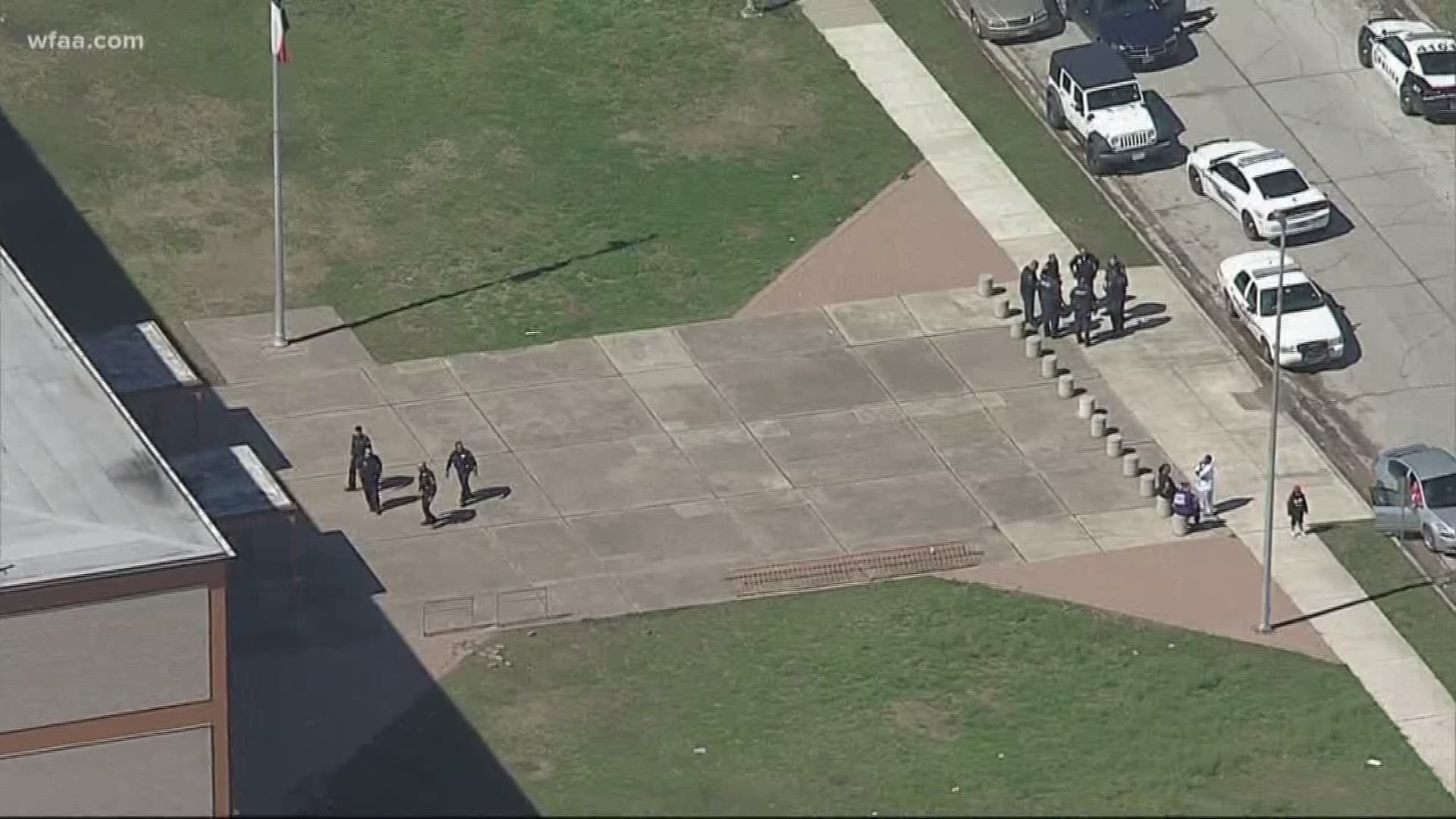 DALLAS – One person is in custody after police received reports of an "active shooter" outside a middle school in Southeast Dallas, but it turns out the suspect didn't have a weapon.

DISD Police Chief Craig Miller said a student at E.B. Comstock Middle School on Hodde Street, just off U.S. 175, called 911 Friday morning and said he felt threatened and that shots had been fired.

An 18-year-old was found on campus, upset over a fight between a family member who attends the school and another student that took place the day before. An officer confronted him and he was taken into custody.

After a search of the suspect and his vehicle, no weapon was found, police said. A DISD officer did pull his gun on the suspect at one point, but no shots were fired and no one was injured.

A woman was also seen in a police squad car in handcuffs outside the school, but her involvement isn't clear.

Sources say a DISD OFFICER arrested a man with a gun at Comstock Middle School. They say he is a relative of a student there who had gotten into a fight yesterday. No indication if shots were fired. @wfaa

Sources say no shots fired at Comstock Middle School. There has been an on going dispute with students. Police trying to sort out if anyone had a gun. A woman is in a squad car in cuffs. Very upset parents demanding answers.

The scene outside the school showed parents in tears amid recent tragedies at schools. 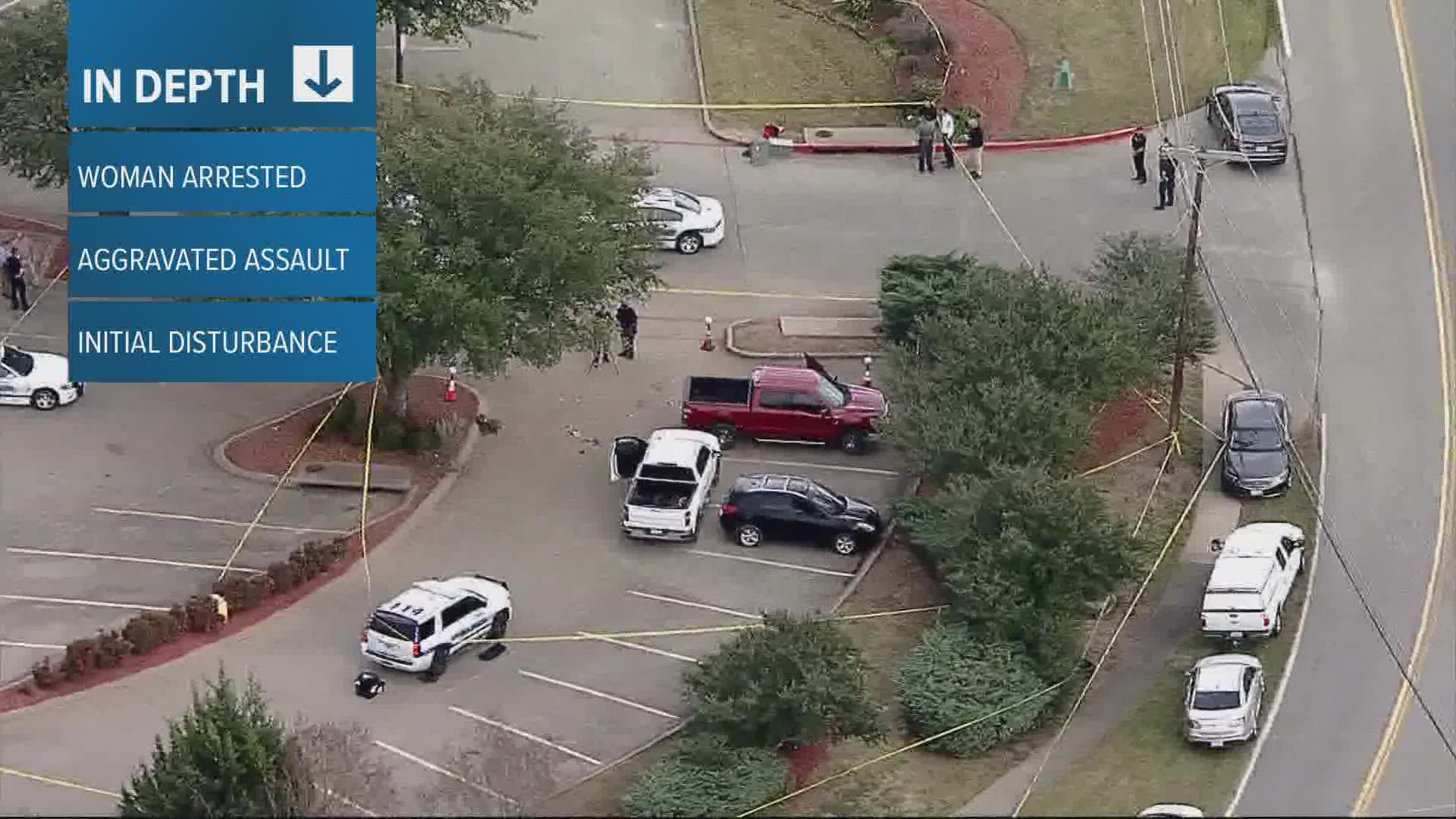