A man identifying himself as Dan Cooper was on a flight from Portland, Ore., to Seattle, Wash., on Nov. 24, 1971 when he handed a stewardess a note indicating he had a bomb. 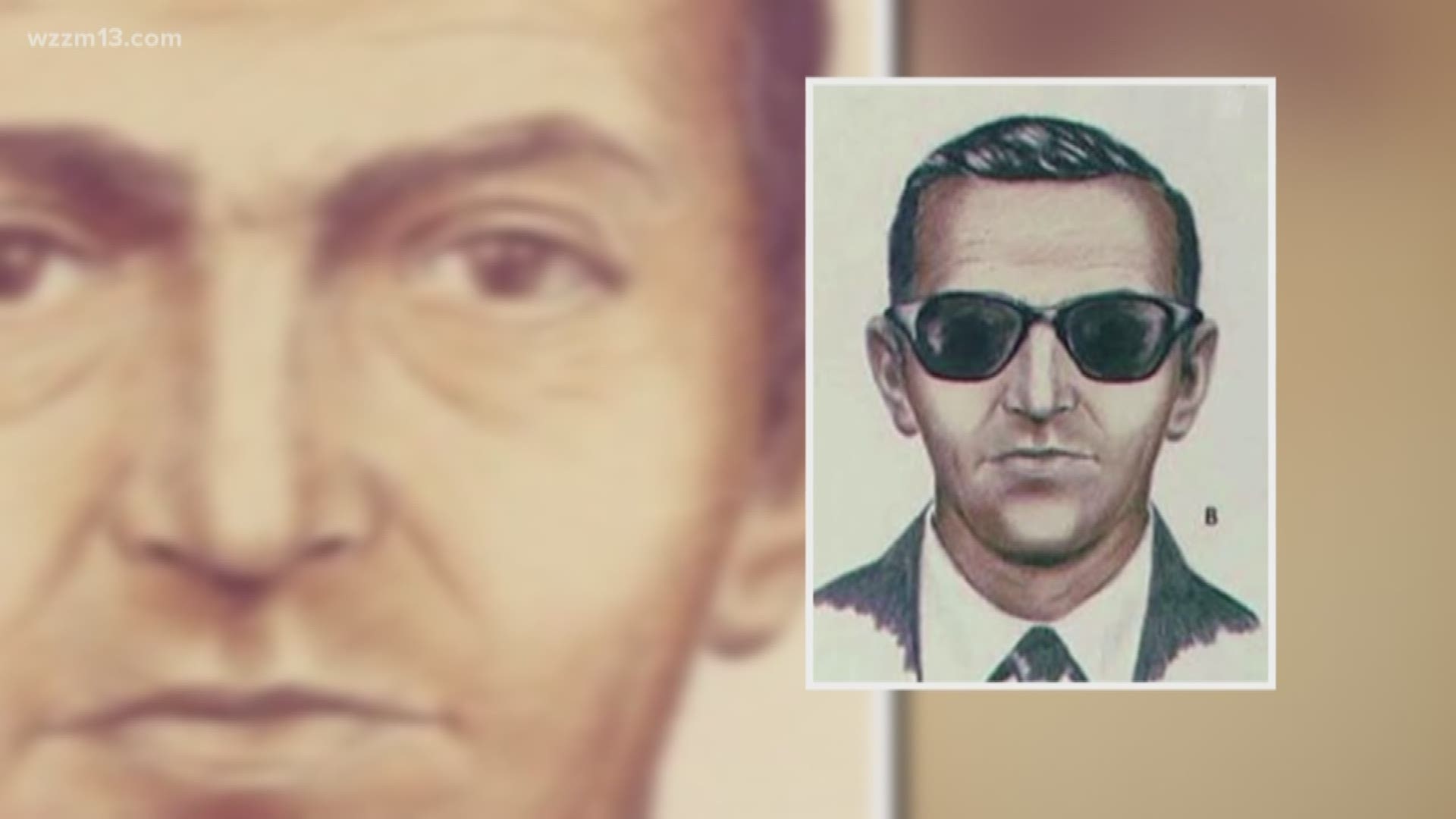 A book publisher is planning a news conference Thursday to announce it knows the true identity of D.B. Cooper, a mysterious man who hijacked a plane in 1971 and then parachuted out of it with $200,000 in ransom money.

Grand Rapids-based Principia Media says Cooper was a former military paratrooper named Walter R. Reca — the latest in a long string of people to be publicly linked to the crime over the years.

A press release from the publisher said it worked with Reca's best friend, Carl Laurin, in compiling evidence.

►Related: Could missing man from Grayling, Mich. be D.B. Cooper?

"Evidence, including almost-daily discussions over a 14-year period and 3+ hours of audio recordings featuring the skyjacker, was compiled by Reca’s best friend. ... The audio recordings, created in 2008, include Reca discussing skyjacking details that were not known to the public prior to the FBI’s information release in 2015," the press release says.

Principia Media said it worked with Laurin to craft a memoir called "D.B. Cooper & Me: A Criminal, A Spy, My Best Friend."

A man identifying himself as Dan Cooper was on a flight from Portland, Ore., to Seattle, Wash., on Nov. 24, 1971 when he handed a stewardess a note indicating he had a bomb.

Cooper demanded four parachutes and $200,000, according to the FBI. When the flight landed in Seattle, he exchanged the flight’s passengers for the goods. After the plane took off again, ordered to head to Mexico City, the hijacker parachuted out of the aircraft with the ransom money and disappeared.

Many people have come forward over the years to say they believe they've identified the hijacker. In 2011, a woman named Marla Wynn Cooper publicly suggested her late uncle, Lynn Doyle Cooper, was D.B. Cooper.

Principia Media said it plans to produce evidence at a press conference Thursday at the Amway Grand Plaza Hotel in Grand Rapids linking the crime to Reca, including: