After months of investigation, the Dallas police vice unit made six arrests tied to what they allege was an illicit massage business in the Design District. 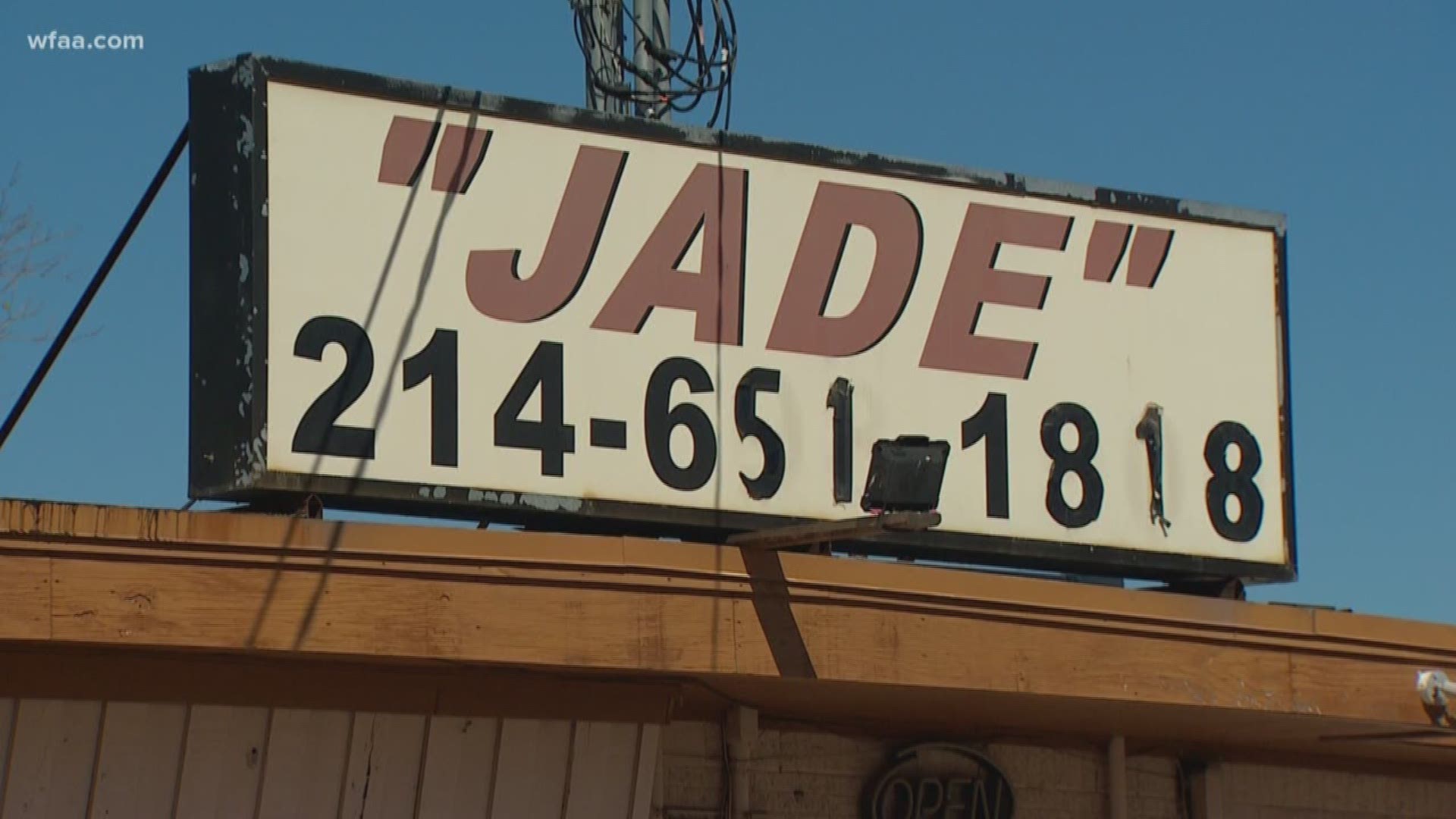 This story has been updated to reflect new information.

Six people were arrested Wednesday and three others are wanted for their alleged roles in operating an illicit massage business in Dallas' Design District, officials said.

After a months-long investigation into Jade Spa, detectives with the Dallas Police Department vice unit said they confirmed prostitution was going on inside the spa and suspected sex trafficking was occurring at the location as well.

The investigation into the business at 2006 Market Center Boulevard began in February 2019, officials said.

Investigators had collected enough evidence to execute search warrants Wednesday at eight other locations in Dallas, Carrollton, Grapevine, Arlington, Southlake and Irving that they believed were connected to the operation.

One of those was carried out at Dragon House restaurant, police said. The restaurant is on the 2600 block of East Southlake Boulevard in Southlake.

"The restaurant is directly tied to Jade Spa’s owners and management and is financially linked to the illegal activities at Jade Spa," a spokesperson for Dallas police wrote.

The restaurant will be temporarily closed until Nov. 30, according to a message displayed on Yelp on Oct. 31.

The restaurant also posted to Google that it would be temporarily closed around 9 p.m. Wednesday.

Police say they are now working with other organizations to help those victims get the support they may need.

Police said the six people below were all arrested on charges of aggravated promotion of prostitution and engaging in organized criminal activity for their roles in financing and running the spa:

Officials did not identify the three suspects who are still at large.

Maj. Max Geron with DPD tweeted photos Friday of the conditions inside the spa, showing condoms, mouthwash and sleeping arrangements.

The spa's Certificate of Occupancy from the city of Dallas was revoked and it will be prevented from reopening due to a temporary restraining order, Dallas police officials said.

About $370,000 connected to operation was also seized or frozen at local banks, police said.