Shots rang out in the food court when an altercation broke out between two people who knew each other, police said. 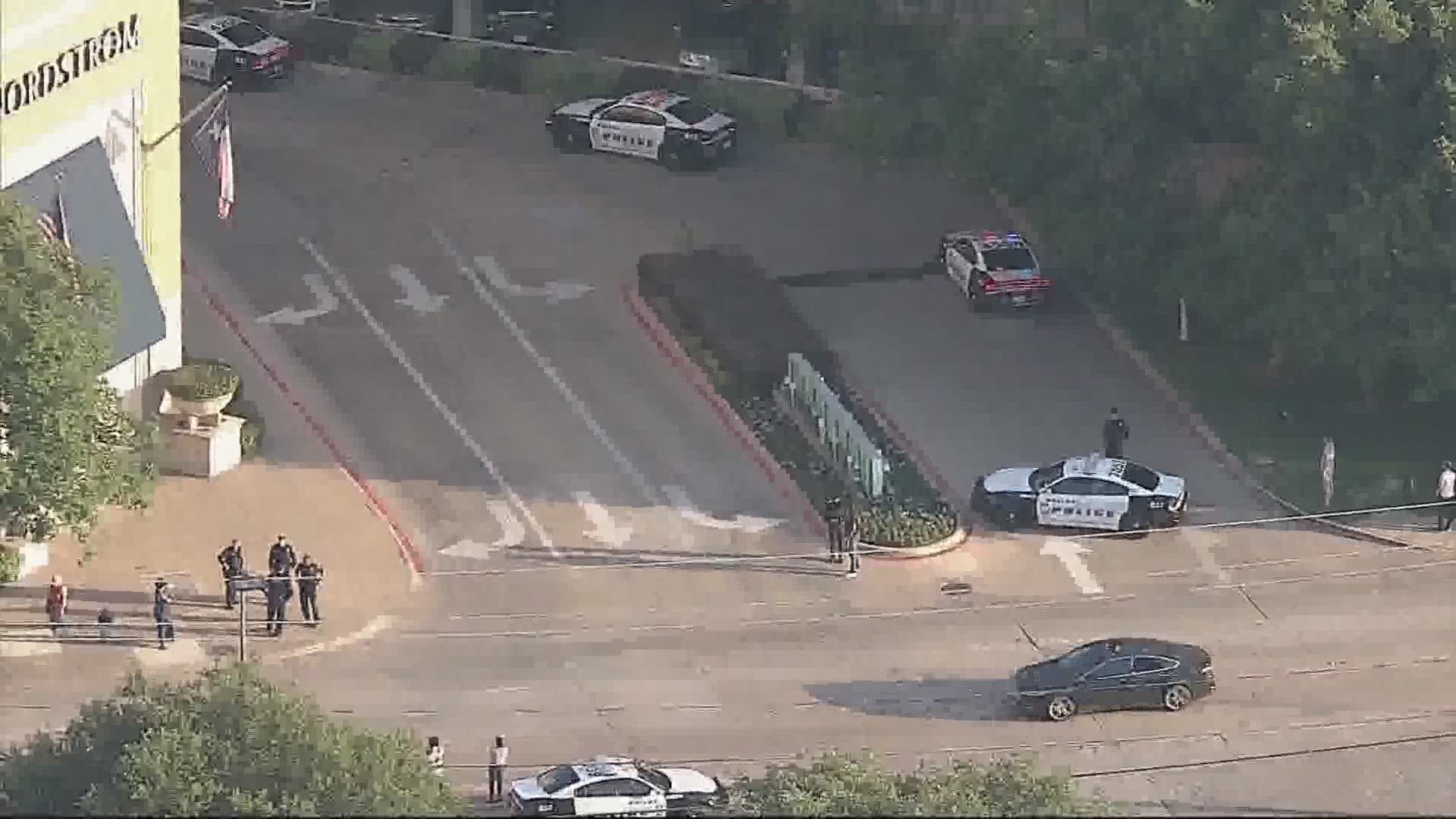 Dallas police are asking for information on a man suspected in a shooting at the Galleria Mall Tuesday evening that left one person hospitalized.

Shots rang out in the food court at about 6:40 p.m. after an altercation between two people who knew each other, police said. One of them pulled a gun and shot the other.

Police said the suspect is a man in his late teens to early 20s. In the surveillance image provided by police, he appears to be wearing a red shirt, red shoes, a blue face mask and dark-colored pants.

RELATED: No arrest made after 1 person shot at Galleria Mall, Dallas police say

Police responded to the scene at about 7 p.m. and were alerted to the shooting call by an off-duty officer. State troopers and SWAT team members were also later spotted at the scene.

The victim was hospitalized in unknown condition, police said.

Police said the mall was put on lockdown and officers were able to safely evacuate all employees. and shoppers. No other injuries were reported.

Dallas police are asking anyone with information to identify the suspect involved to contact De. Ryan Cordova in the Dallas Police Assaults Unit at 214-671-3625 or ryan.cordova@dallascityhall.com.

Tipsters can contact Crime Stoppers to remain anonymous at 214-373-8477 anytime, 24 hours a day, 7 days a week. Information leading to an arrest and indictment for this offense is eligible for up to a $5,000 reward.