Through a coalition of police, politicians, faith leaders and community activists, John Creuzot believes a comprehensive plan to reduce gun violence is possible. 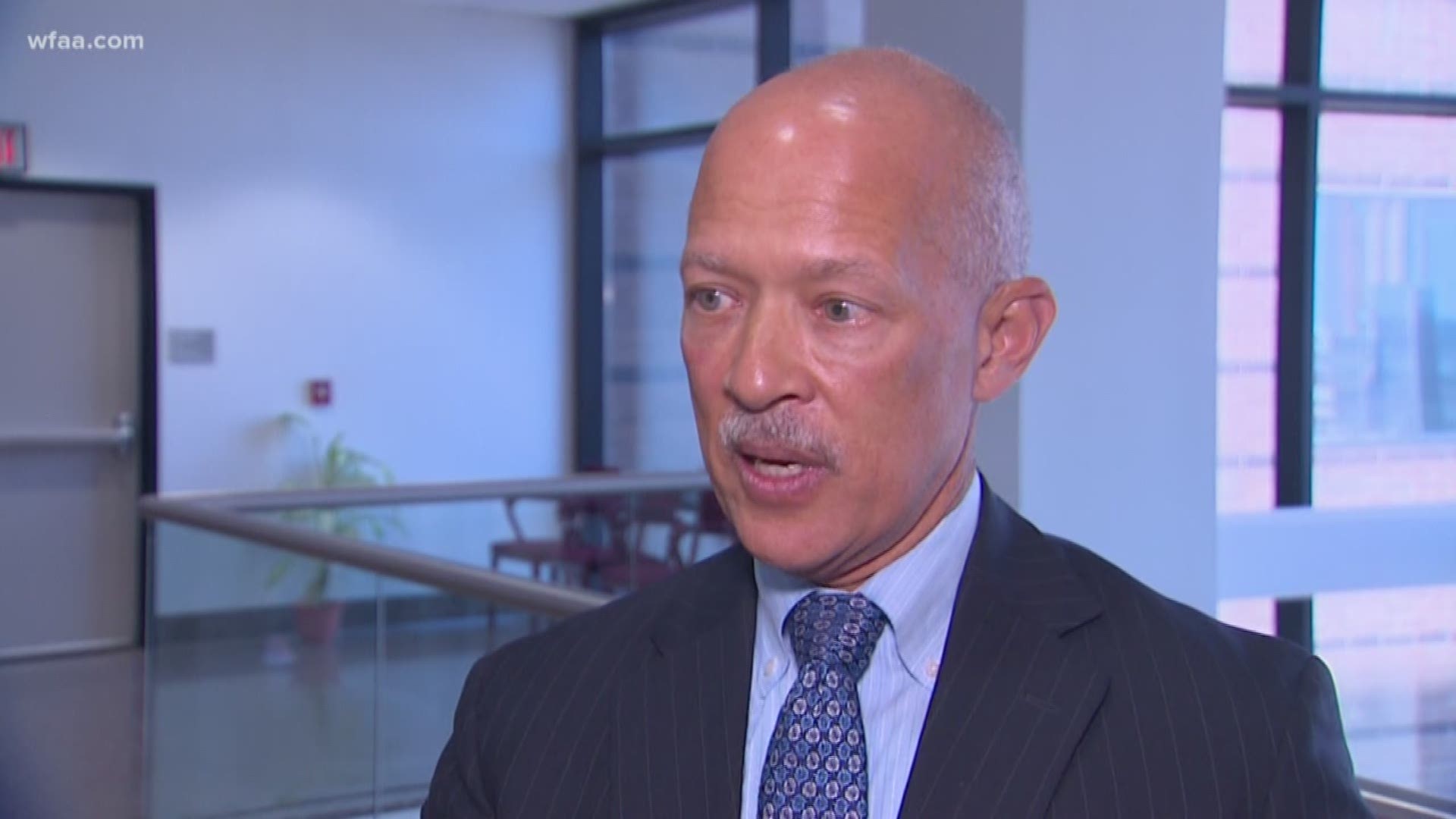 DALLAS — When Dallas County District Attorney John Creuzot took office on the first day of 2019, he was already envisioning what finally came to fruition Thursday.

It just took eight months to bring the right people together.

Police Chief U. Renee Hall, in her first week back from medical leave, sat beside State Sen. Royce West, D-Dallas.

Next to them were representatives from the Dallas city manager’s office, the sheriff’s department, ministers, community activists and researchers. Others joined through a video conference call.

The goal is to develop a comprehensive plan to decrease gun violence and increase public safety in Dallas.

“We’re dedicated to getting something done,” West said.

Violence crime has spiked in Dallas. May’s murder count was higher than any single month since the 1990s.

Throughout the summer, the governor sent state troopers to town to backup Dallas police officers.

Then in August, police say a teenager fired into an east Dallas apartment mistakenly thinking a rival rapper was inside. A 9-year-old little girl was killed.

The DA said there wasn’t a specific crime that led him and Edwin Robinson, a pastor and community organizer in Dallas, to bring the new coalition together.

Creuzot says he knows Dallas is ready for change, and he believes the group he and Robinson established has the knowledge and ability to make change happen.

“I think this will be more than just a meeting and nothing else,” Creuzot said. “I think we have a bunch of people who are type A, to be honest, and are not going to be satisfied with just having a meeting and doing nothing.”

The meeting comes a little more than a week after Dallas Mayor Eric Johnson announced a task force to come up with solutions to the violent crime in the city.

Creuzot said his group's approach will take time and additional meetings, but he believes solutions will soon follow that will support Hall and make Dallas a safer place.

“We need to give her assistance and solutions that she can work on and that the community can work on so that we can reduce gun violence in the city,” Creuzot said.

RELATED: 'Her death will not be in vain': Dallas mayor vows to do more about violence after shooting death of 9 year old

RELATED: 'It’s time for me to get in here, do the work:' Chief Hall says in video on first day back at work