Two different businesses in separate neighborhoods were offered counterfeit money in one week. Dallas police get reports of fake money nearly once a day. 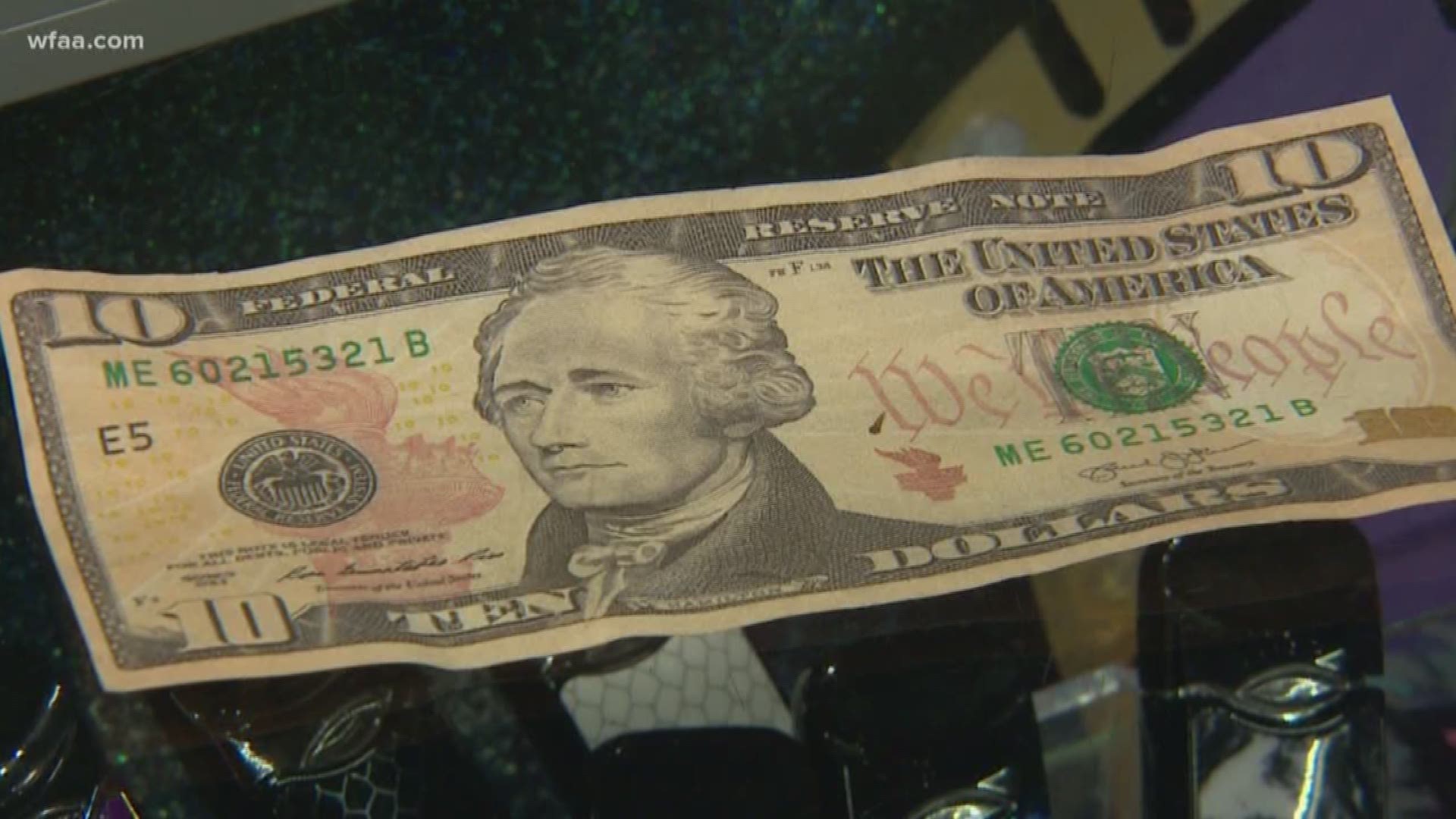 Investigators in the Dallas Police Department's financial crimes unit says they used to only get reports of counterfeit money once a week.

Now they see cases almost every day across the city.

Paige Watts says Tuesday was the first time she caught a customer trying to pay with counterfeit cash at All Vapes in Deep Ellum, where she has worked for six years.

A male customer walked into the store and admitted he didn’t have a vape. Instead, he asked to buy special rubber bands.

“They go around your glass tank to protect the glass, and if you don’t have a vape, there’s really no reason for you to have those," Watts said.

The man gave Watts a $20 bill to pay for the rubber bands. Then he asked her to break his $10 bill and give him change.

“He was real nice, but I could tell right off the bat that he was trying to keep me distracted from the fact that the money was fake," Watts said.

The bills didn't have the right texture, and they weren't cut in a straight line. Watts used a counterfeit detector pen. If the ink shows up yellow, that means the bills are authentic. A black mark means they’re fake.

Credit: WFAA
Real and fake money at All Vapes in Deep Ellum.

The pen proved her instincts correct. Both bills were fake.

“He just kind of stuttered and walked out the door,” Watts said. “And then I went out to go take a picture of him, and he started running down the street.”

Pascale Hall now requires all her employees at Opening Bell Coffee to mark all bills with a counterfeit detector pen. The coffee shop is located in The Cedars, across the street from the Dallas Police Department.

The café owner required all cash checked after a bank employee told her a fake $20 bill had been used at Opening Bell.

Hall says people using fake bills will use a yellow sharpie or highlighter to mark up the counterfeit cash to make it seem it has already been verified as real.

“It just makes you not trust people,” Hall said. “And you want to trust people that come into your store.”

Though fake cash is nothing new, these Dallas businesses want to warn others.

"It’s very dark inside so people taking the money might not be able to see it,” she said.