No officers were injured in the incident, according to officials. 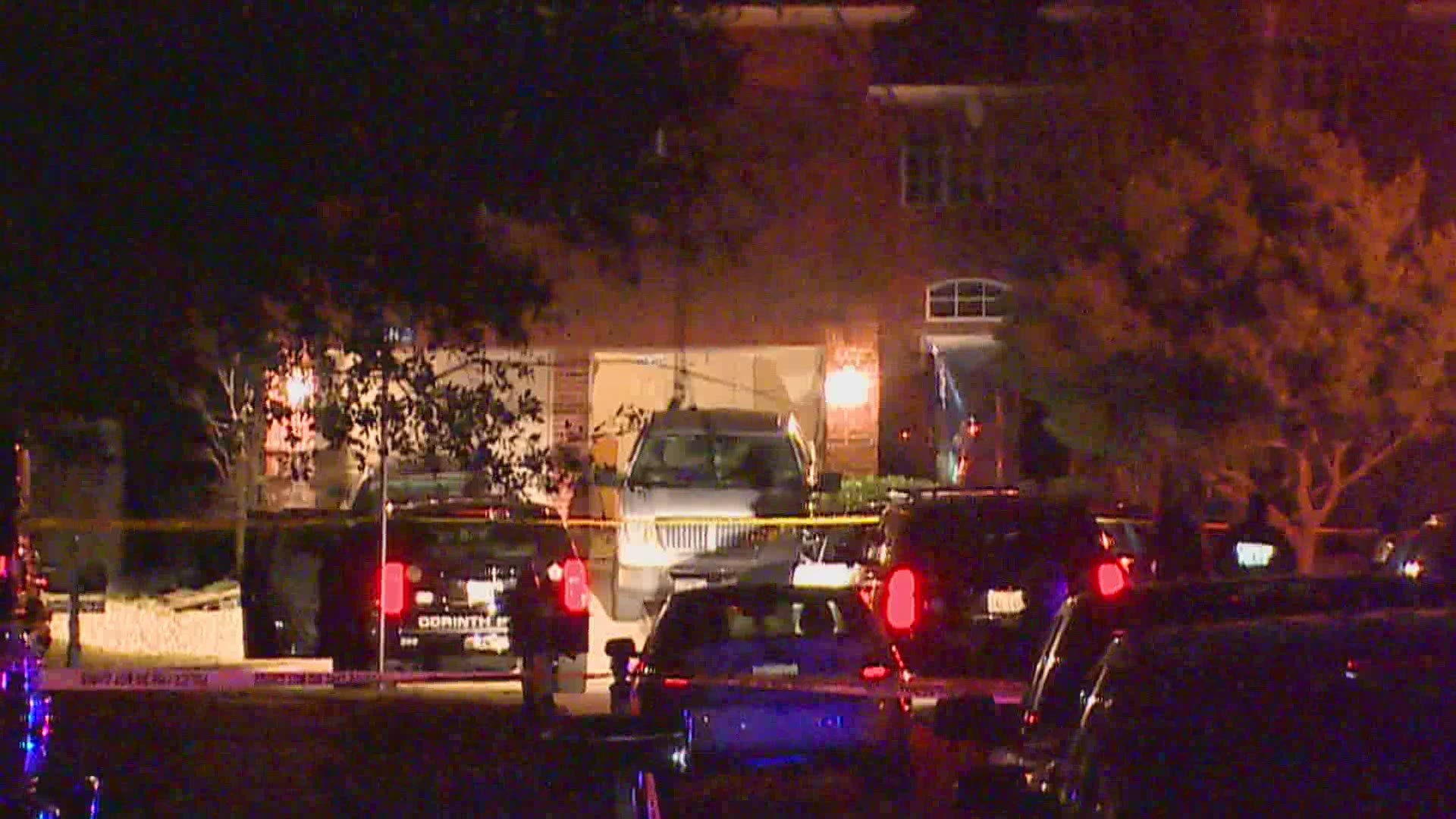 CORINTH, Texas — One person was shot after they allegedly fired at Corinth police officers Tuesday night, and another person was injured during the shooting, officials said.

The incident happened on the 2600 block of Nash Drive after police got a call about an alleged reckless driver. When officers arrived, they found an "uncooperative, armed individual," according to police.

Officers first used "less lethal devices" to try to de-escalate the situation, police said, but the person allegedly shot at them with a handgun.

When officers shot back, they hit the person and provided medical attention until medics arrived, according to police. First responders then took them to a local hospital, but police did not say their condition.

A woman was also hurt during the shooting with minor injuries and was taken to a local hospital as well, officials said. No officers were hurt.

The Texas Rangers are investigating the incident, which is typical for police-involved shootings.