A 7-Eleven convenience store in downtown Dallas was shut down as the mayhem following an attack on officers poured into its parking lot. 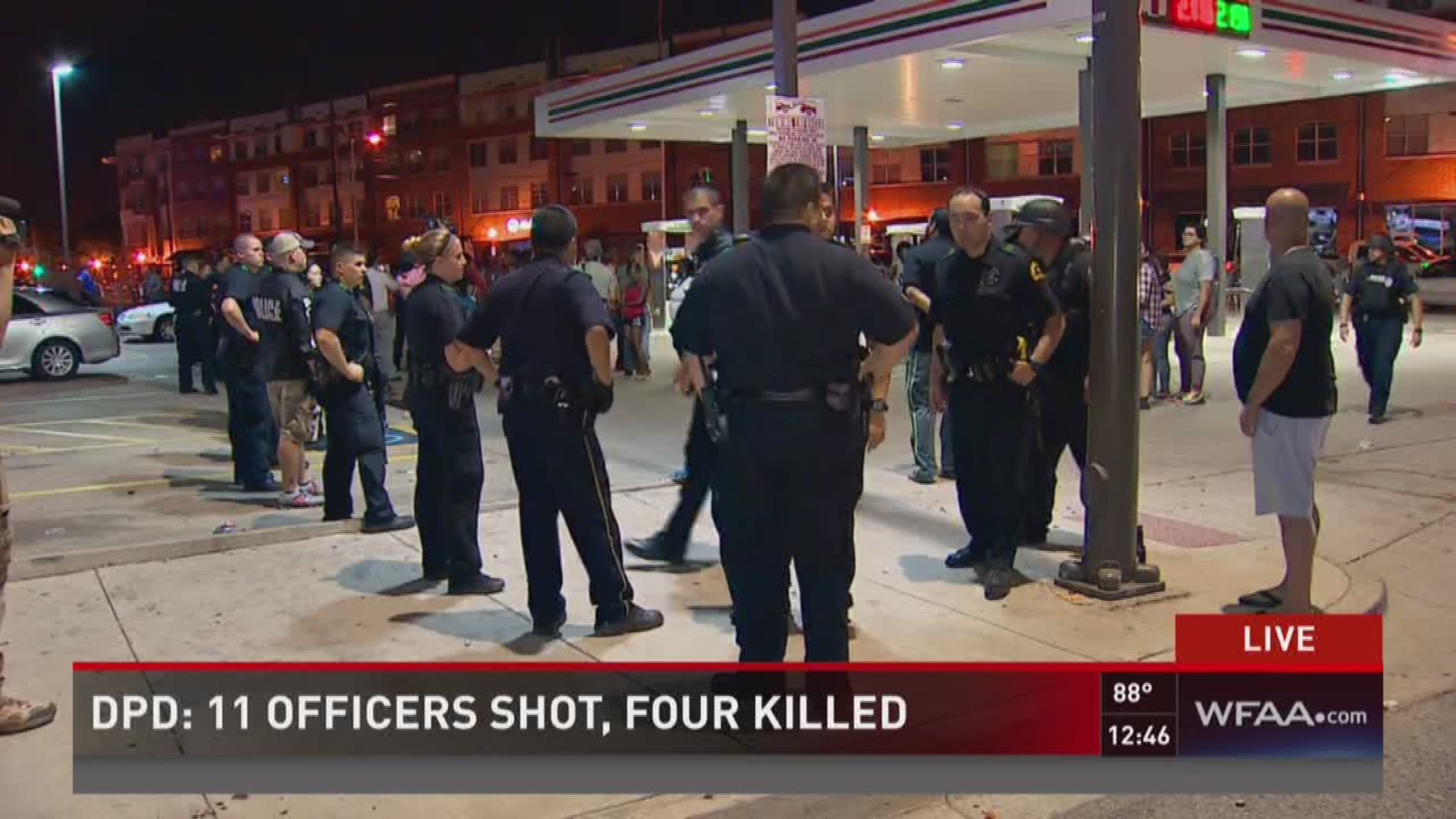 A 7-Eleven convenience store in downtown Dallas was shut down as the mayhem following an attack on officers poured into its parking lot.

At least five police officers were fatally shot and several more were wounded by gunfire after shots rang out at a protest through downtown Dallas streets Thursday night.

Hundreds of people packed into the parking lot of a 7-Eleven at Griffin and San Jacinto as a massive police presence pushed crowds away from the chaotic scene of the attack.

News 8’s crews stationed near the 7-Eleven saw people taunting officers who were protecting the building. Many were drunk and some were believed to be stealing from inside the convenience store.

Some poured alcohol on News 8’s vehicles in the parking lot, forcing our crews to move.

Management at the 7-Eleven asked that the store, which is typically open 24 hours, to be closed around midnight.

The first shots rang out just before 9 p.m. Thursday. What was described as an “active scene” continued into the early morning as police negotiated with a suspect barricaded in a downtown Dallas parking garage.

Click here for the latest information on the attack. 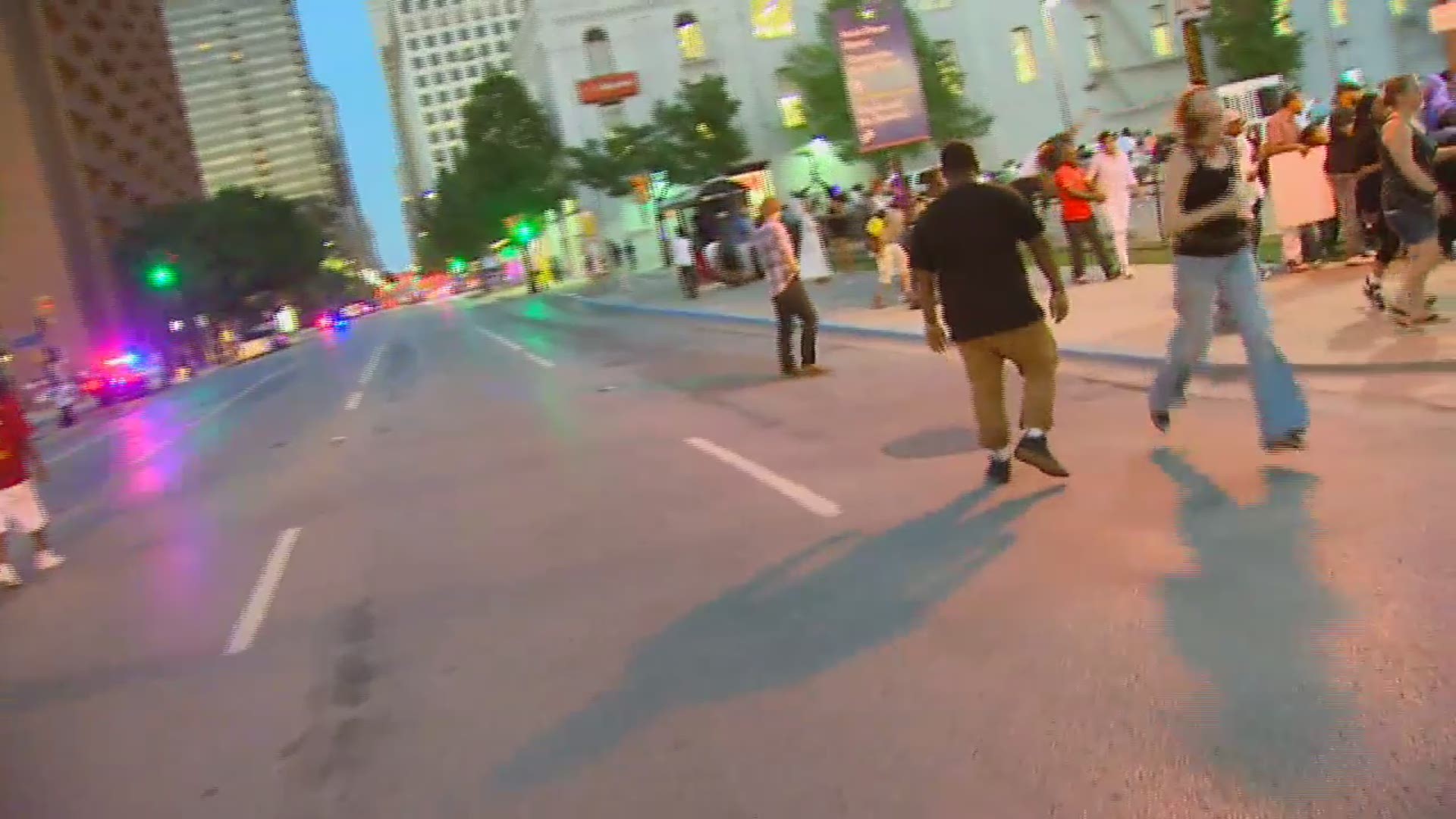