Colorado Springs police said at a news conference on Tuesday that it appeared the suspect was upset that he wasn't invited to the gathering. 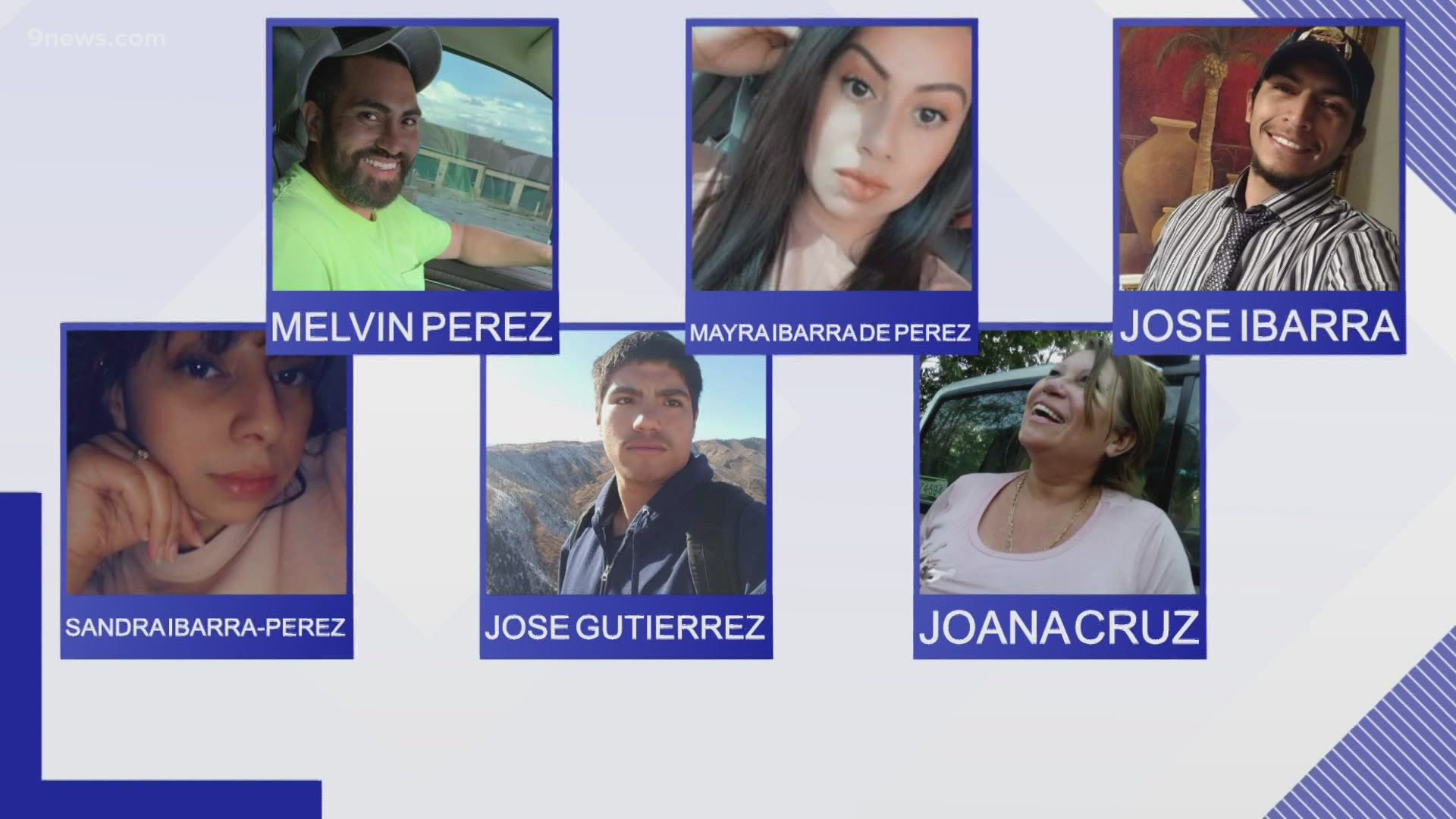 COLORADO SPRINGS, Colo. — The Colorado Springs Police Department (CSPD) on Tuesday identified the six people killed in a mass shooting at a birthday party on Sunday.

Police said a man drove to the gathering at Canterbury Mobile Home Park early Sunday, walked inside and started shooting, killing six people and himself. CSPD said at a news conference on Tuesday that the suspect, who was the boyfriend of one of the victims, was upset that he hadn't been invited.

"At the core of this horrendous act is domestic violence," said Police Chief Vince Niski.

CSPD identified the six victims in the shooting:

Gov. Jared Polis (D-Colorado) has ordered flags be lowered to half-staff in honor of the victims until May 18.

CSPD released more details on their investigation and what led to the shooting at the news conference.

Police said that friends, family and children had gathered at the residence at the mobile home park along South Powers Boulevard that night to celebrate two family birthdays. When the suspect started shooting, there were seven adults and three children inside.

The other two calls were from a neighbor who heard gunfire and from the one adult family member who was able to escape the mobile home as the shooting was happening, police said. 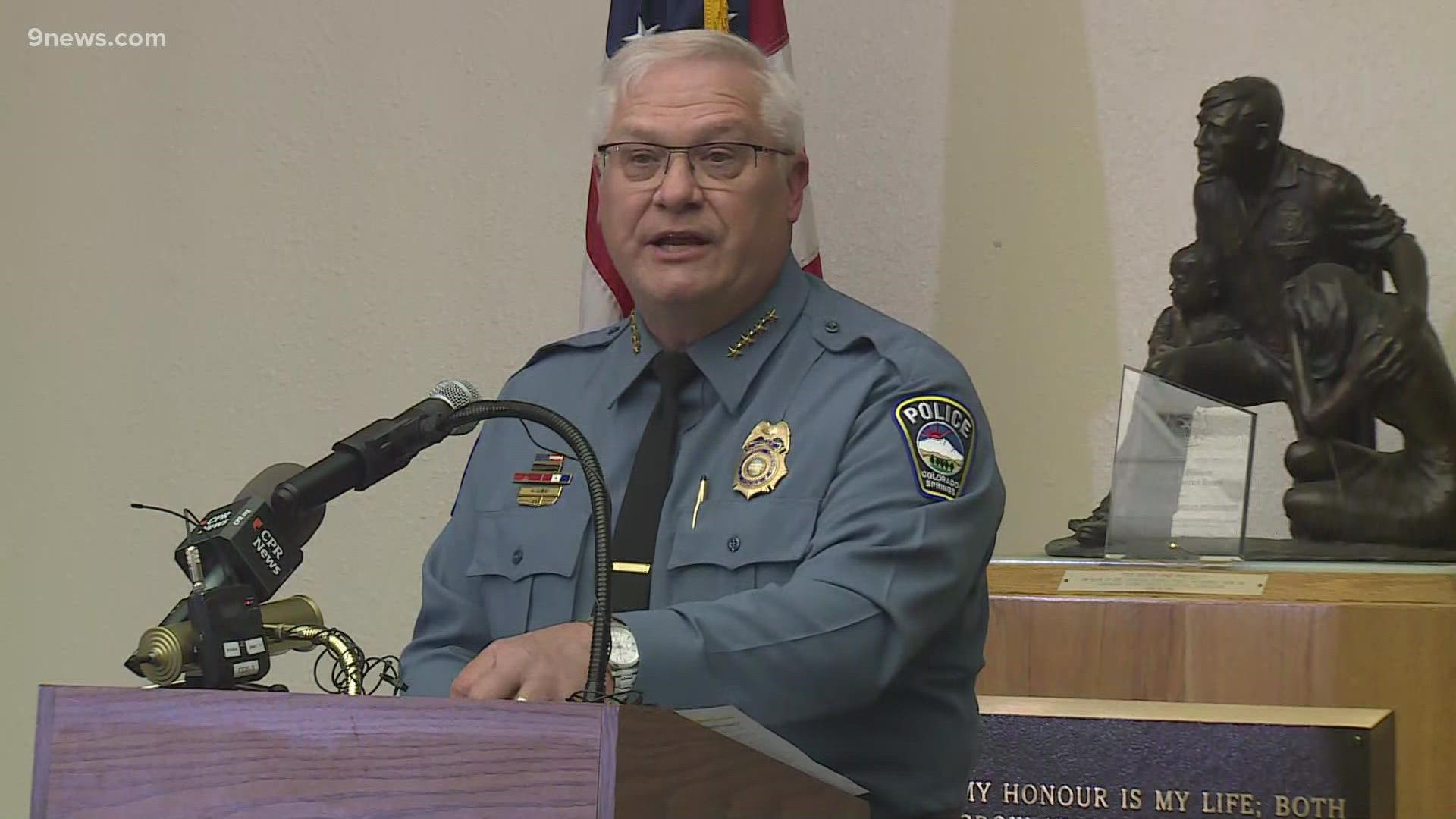 Three other family members had left the residence temporarily and returned to find what had happened. They tried to render aid and help the children, according to police.

Five adults were deceased at the scene. One of the victims, Jose Gutierrez, was found injured and was taken to a hospital, where he later died, CSPD said.

After police arrived on scene, they swept and cleared the residence and rendered medical assistance. The suspect, identified as Teodoro Macias, 28, was believed to be among the dead.

CSPD said it appeared the suspect was the boyfriend of one of the female victims and that he was upset that he hadn't been invited to the gathering.

The suspect had been dating his girlfriend for about a year and had a history of controlling and jealous behavior toward her, police said. There were no previous reported instances of domestic violence between them, police said.

A week prior to the shooting, at another gathering, there had been a conflict between the suspect and the family, according to CSPD.

A firearm was recovered under the suspect's body and was loaded with live rounds, police said. An empty magazine and 17 shell casings were also found at the scene.

The Smith and Wesson handgun was purchased in 2014 from a dealer at a local gun store by someone other than the suspect. CSPD said they were working to find and interview the person who bought the firearm and were investigating how the suspect got it. The gun wasn't reported stolen, police said.

Anyone with information on the shooting or is a witness who hasn't spoken with detectives, was asked to call the Colorado Springs Police Department at 719-444-7000 or Pikes Peak Crime Stoppers at 719-634-7867.

MORE WAYS TO GET 9NEWS

HOW TO ADD THE 9NEWS APP TO YOUR STREAMING DEVICE

ROKU: add the channel from the ROKU store or by searching for KUSA.

For both Apple TV and Fire TV, search for "9news" to find the free app to add to your account. Another option for Fire TV is to have the app delivered directly to your Fire TV through Amazon.