The Laboratory says it is the third break-in just over a month. 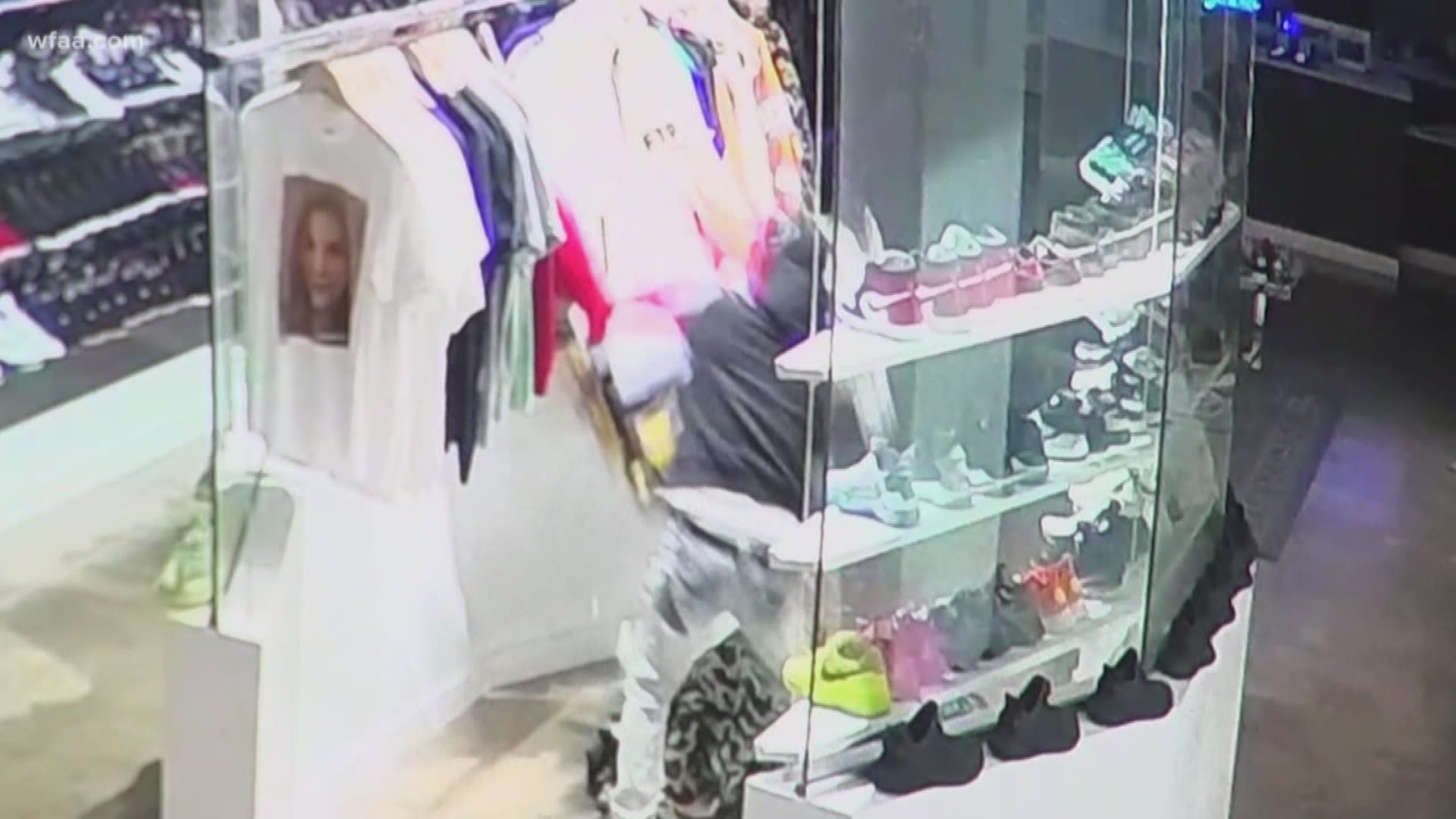 DALLAS — While most of North Texas slept in the quiet predawn hours of Christmas morning, a team of thieves busted through the front door of a Dallas business.

Luke Jones said he was awoken early Wednesday with the notification that the alarm at The Laboratory DTX had been set off again.

Then he saw firsthand on Thursday the amount of damage done at the high fashion streetwear boutique at the 1931 block of Greenville Avenue.

"They weren’t able to grab everything, but they did get a good chunk," Jones said.

Owner Landon Liddell shared with customers on Instagram late Christmas evening that the store would not open on Thursday after the third break-in since late November.

The black and white video attached to the post from a Nov. 19 break-in had picked up over 20,000 views in less than 24 hours.

"Nothing worse than waking up Christmas Day and knowing that someone is doing that," Jones said.

Jones says after three break-ins, the company, which started in Oklahoma City in 2016, will step up security at its Lowest Greenville location.

"It’s something where we’re going to have to crack down, and it’s never going to happen again," Jones said.

The Laboratory also says it is offering a $6,000 reward for information leading to an arrest of anyone involved.