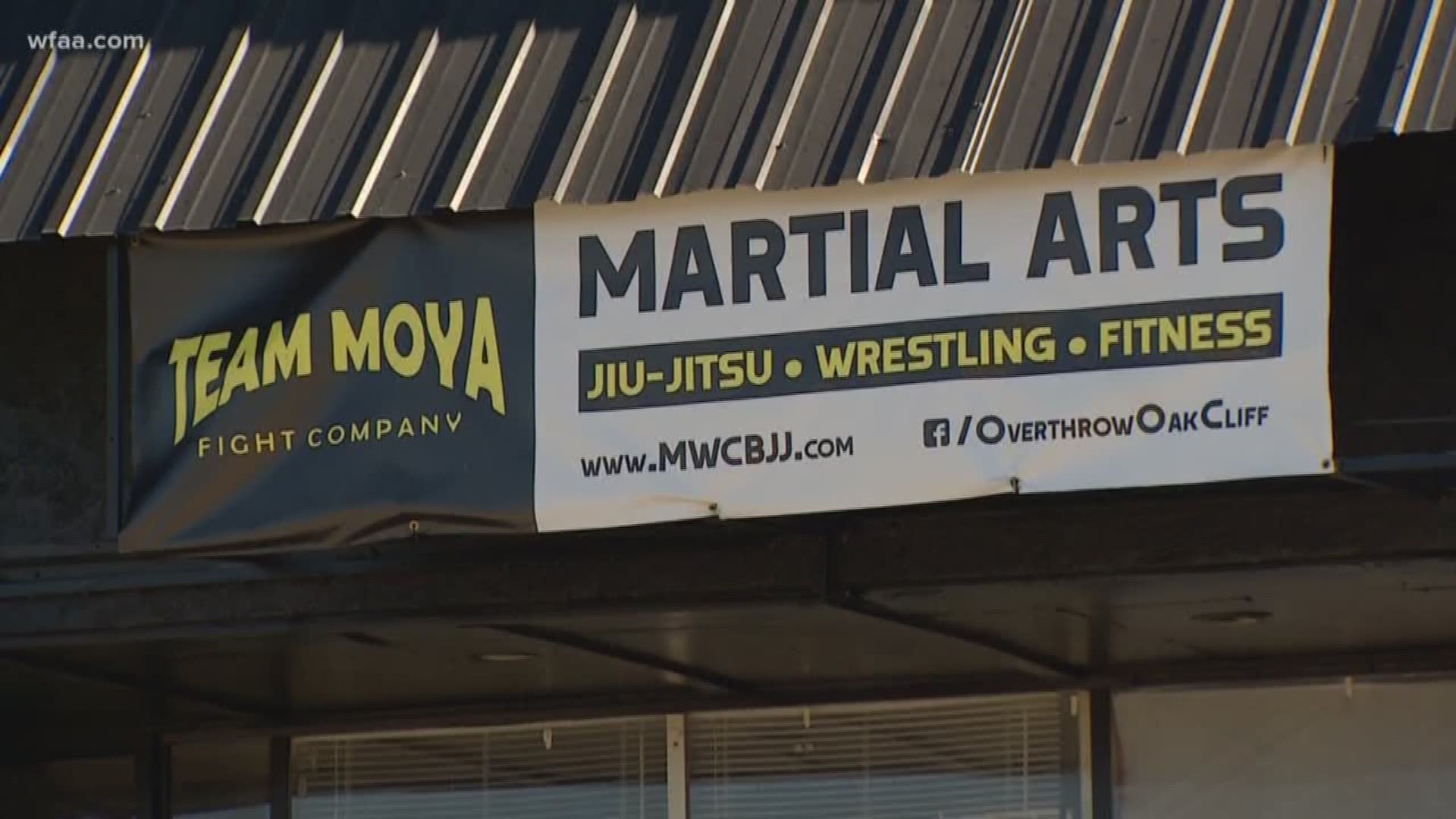 DALLAS — It has been a rough week for the owner and athletes at Moya Wrestling and Brazilian Jiu-Jitsu in Oak Cliff.

Burglars forced their way into the gym early Monday morning.

Owner Ruben Serna said when he arrived at the gym, located on the 2100 block of South Cockrell Hill Road, he noticed the windows shattered.

The business was ransacked and a lot of the equipment was stolen.

“They grabbed what they could," Serna said. "They stole a lot of our weights."

Serna took photos of the damage and posted it to social media.

"If you guys see this on Facebook, and you see someone selling this, you let me know. They stole a lot of our kids' shoes. They stole our TV," he warned.

The thieves also took energy drinks from the gym’s refrigerator.

As police investigate the burglary, the coach is left wrestling with forgiveness over the senseless crime.

Serna says he and his team are still taking inventory of items that were stolen. He’s had to modify some of his classes due to the burglary.

He’s asking anyone with information about the crime to call Dallas police.

A GoFundMe was posted by Serna to raise money to repair damages and restock stolen property.