The man, who goes by "Dapper Dan", has been charged with criminal mischief, a Class A misdemeanor. 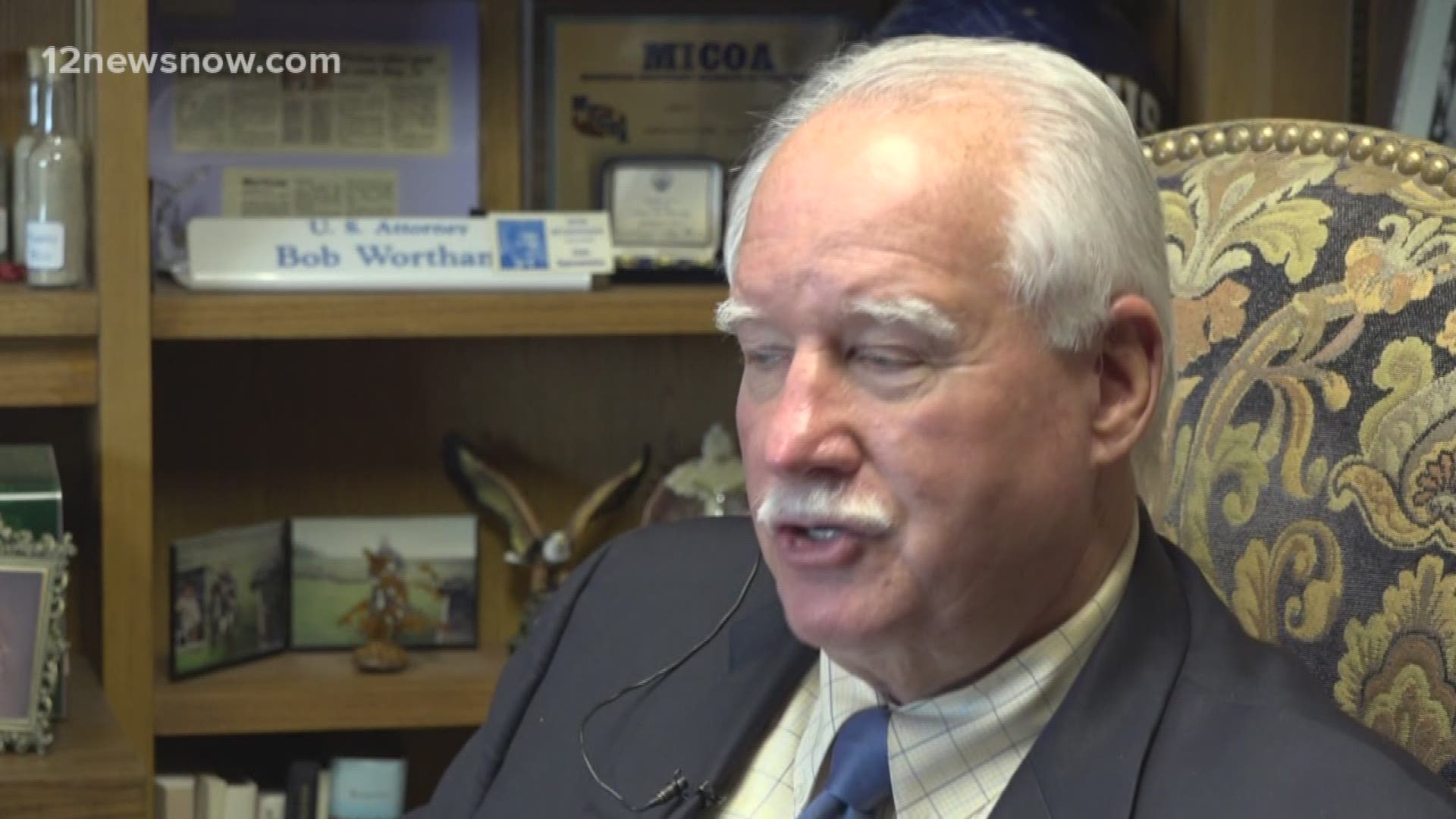 PORT ARTHUR, Texas — The Port Arthur man accused of licking a half-gallon of Blue Bell ice cream and putting it back in the freezer in a video recently posted on Facebook has been released from jail.

D'Adrien Anderson, 24, has been released from the Jefferson County Correctional Facility on a $1,000 bond.

Anderson told 12News that some of his fellow inmates recognized him from news coverage of his case.

Authorities say he was charged with criminal mischief due to the monetary loss to WalMart after they were forced to restock all of their product.

What was initially a prank aimed at going viral has turned on Anderson who, as well as being arrested, has been fired from his job.

Anderson tells 12News he is lucky to only be charged with a misdemeanor.

When asked if he regretted licking the ice cream Anderson told 12News “yeah. Of course I do.”

“I still love Blue Bell so hopefully they don't ban me from buying it,” he told 12News.

WATCH | Anderson speaks exclusively to 12News after being released

Jefferson county district attorney Bob Wortham wishes he could have charged Anderson with a felony. Instead, Anderson is charged with misdemeanor criminal mischief.

"This is a guy who believes the universe goes around him, he's the center of it," said Wortham.

On Wednesday night just before 11:30 p.m. Anderson posted a video that appeared to be an attempt to apologize.

In the video he can be seen with his hands over his face laying on a pool table next to an open container of Blue Bell ice cream.

The post read, "I love your ice cream #bluebell plz don’t ban me from buying it #im#sorry."

Credit: Jefferson County Sheriff's Office
D'Adrien Anderson, 24, of Port Arthur, has been charged with class A criminal mischief after posting a video of himself licking a carton Blue Bell ice cream.

Details: On 8-22-2019 Investigators of the Port Arthur Police Department submitted a case for Class A Criminal Mischief to the Jefferson County District Attorney’s Office. This incident occurred at the Walmart Super Center located at 4999 Twin City Hwy. Investigators identified the Suspect from a social media video that was posted online. The video shows the Suspect removing a container of ice cream and eating the product from the container.

Suspect was then observed to place the container back on the shelve and close the refrigerated door.

The charge of Class A Criminal Mischief is a result of the monetary loss incurred by Walmart due to the Suspects actions. A warrant has been issued for the arrest of D’Adrien Anderson(Age:24) for this incident.