A search for answers is underway after a young woman's body was found in the back of an SUV in one of Dallas' popular entertainment districts. 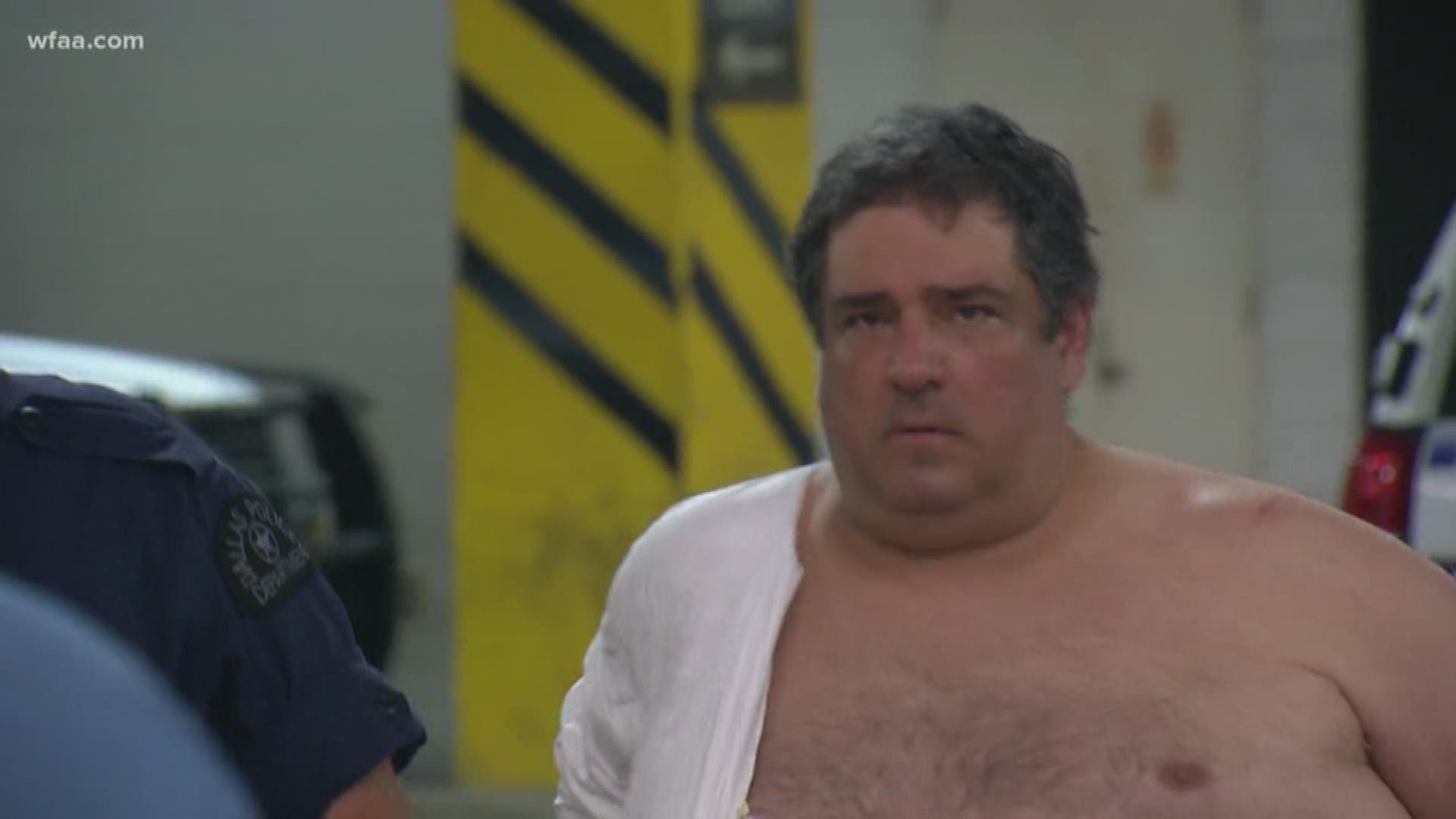 A 49-year-old man has been arrested in the killing 22-year-old Sara Hudson, who was found inside a burning SUV Monday night in the Lower Greenville neighborhood of Dallas.

Hudson's body was found inside the back of a 2013 Chevrolet Tahoe on the same day as her 22nd birthday.

Firefighters made the discovery after they received a report of a burning vehicle at about 7:35 p.m. Monday in the 5600 block of Alta Avenue.

Upon arriving at the scene, they found the SUV on fire and Hudson's body inside.

Dallas police say she appeared to have died from "homicidal violence."

He was booked in to the Dallas County jail early Thursday. His bail has been set at $1 million.

Surveillance footage shows Hudson park her car and get out before Richter "forces her back inside the vehicle," according to an arrest warrant affidavit.

The affidavit says Richter was seen on the video touching both driver's side doors, and fingerprints pulled from the doors were matched to him.

The affidavit says a witness also saw the suspect in the parking lot Hudson was abducted from, but doesn't specify a location.

The unnamed witness gave investigators a description of the man, which is similar to Richter. The witness told police the suspect was carrying a small black-and-white dog.

Investigators found a photo of a similar dog on Hudson's social media, the affidavit says.

The night her body was discovered, Hudson was planning to go out on Greenville Avenue to celebrate her birthday.

She arrived in the Lower Greenville area before the sunset. It was at a time when many people walk their dogs, grocery shop at the nearby Trader Joe's or – like Hudson planned to do – grab dinner and drinks with friends at one of the area restaurants.

"What were the circumstances before this culprit lit her vehicle on fire?" asked Hudson's aunt, Angela Aragon. "What had he done to her that he was trying to cover up in a fire?"

Hudson was a recent University of Arkansas graduate and has family in California and Dallas.

"Her joy, I mean, her celebration of life...she glowed," Aragon said. "She had this beautiful laughter I can still hear between my ears right now."

Friends and family have described Hudson as kind and supportive, and a woman who loved the great outdoors.

In June, she started work as a logistics sales account executive at Schneider in Dallas.

"We’re saddened by the shocking and tragic loss of a Schneider associate from our Dallas brokerage office," read a statement from Schneider. "We are cooperating with local law enforcement in their investigation of this incident. Our thoughts and prayers are with the associate’s family, friends and co-workers during this difficult time."

We wish to express our sincere gratitude to all who have so lovingly surrounded us at this time of loss and sadness. The thoughts and prayers of so many have touched us more than we can ever express. Our thanks and appreciation go out to Detective Frank Serra, the members of the Dallas Police Department’s Homicide Unit, and the larger Department for working so tirelessly and diligently for Sara and our family.

This is an unspeakable tragedy. Sara was a young women of immense talent and immeasurable potential. She was beloved by all who knew her and deeply touched everyone she met. The world is a more precious place because of her and sadder now without her. While her amazing potential may be lost, we have much to learn from how Sara lived each day based on hope, love, and kindness. We miss her and will love her always.

We have the upmost trust and confidence in the Dallas County District Attorney’s Office. There is no doubt that they, along with the Dallas Police Department and Detective Serra, will continue to seek and find justice for Sara. At this time, we will focus on healing, the grief we have, and living with this senseless tragedy.

- The Family of Sara Hudson

Anyone with information pertaining to the crime has been asked to call Det. Frank Serra at 214-671-4320, or email him at frank.serra@dallascityhall.com. Callers should reference case number 168525-2019.