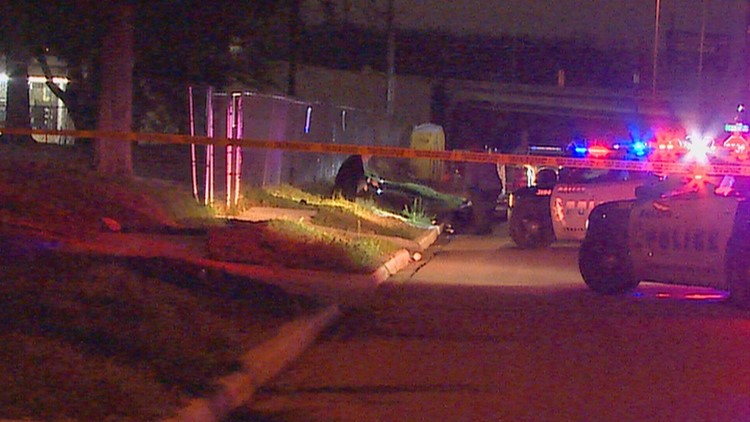 Photo by: Mike Forbes/WFAA
Police at the scene where a body was found overnight Jan. 16, 2020 on the side of a road in the South Dallas area.

Body found on side of road in South Dallas, police say

Updated at 8:45 a.m. Sunday to include additional information from police.

A man's body was found on the side of a street in the South Dallas neighborhood overnight Thursday, according to police.

Sylvester Veal, 33, was found lying on the 1600 block of Pine Street around midnight.

A detective told WFAA they did not know early Thursday how Veal had died, but that there was a lot of blood at the scene.

Police at the scene where a body was found overnight Jan. 16, 2020 on the side of a road in the South Dallas area.
Mike Forbes/WFAA

Neighbors told police they had seen a car pulling away from the area, but authorities do not know if it is related.

Police released the following surveillance photo that captured a car leaving from the scene.

Violence in Dallas not slowing in 2020

Veal's death marks at least the tenth homicide in Dallas so far in 2020.

Anyone with any information in the case is asked to contact Detective F. Serra at 214-671-4320 or frank.serra@dallascityhall.com.

Crime Stoppers is also offering a reward up to $5,000 for information that leads to an arrest and indictment in the case. Tipsters can call 214-373-8477 at anytime.