Sedrick Johnson, the boyfriend of Cedric Jackson Jr.'s aunt, told police he dumped the body of the toddler in a dumpster, warrants say. 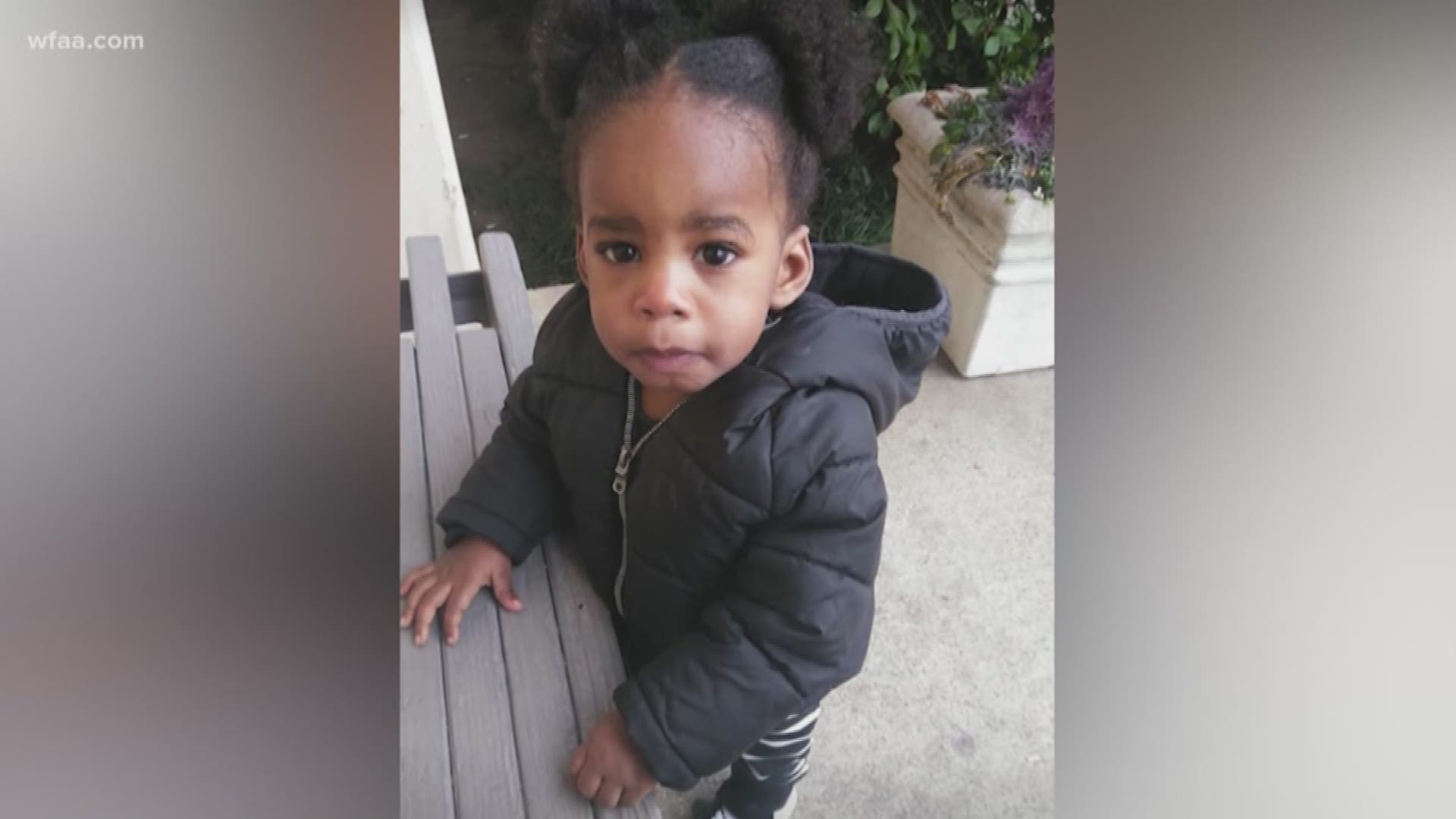 This story has been updated throughout with court records and police response.

A man accused in the death of an 18-month-old boy told police he would often tightly swaddle the toddler because the boy once "made a mess" in the middle of the night with ketchup packets, arrest records show.

Sedrick Johnson, 27, faces a felony charge of injury to a child in the death of Cedric Jackson Jr., who was reported missing Wednesday morning.

Johnson was arrested Thursday afternoon shortly after Cedric's body was found dumped in a Rowlett landfill. Johnson is the boyfriend of Cedric's aunt.

The boy was “swaddled in his blanket on the floor, at the foot of the bed," Johnson told police, according to an arrest warrant affidavit.

He said he swaddled the child nightly to restrict the toddler’s movements after the ketchup packet incident, the arrest warrant said.

The child had only lived in the home since May 21, records show.

RELATED: 'He wouldn't do that': Aunt speaks out after boyfriend's arrest in connection to toddler's death

Johnson told detectives the boy started making noise at 12:30 a.m. When he unwrapped the toddler from his swaddle, Cedric started throwing up, court records show.

The man said he performed CPR for at least 30 minutes but Cedric did not wake up. Johnson told police he then took the boy's body to a dumpster in northeast Dallas, where he left the child, the warrant says.

The warrant alleges Johnson injured Cedric "by compressing his airways."

Credit: WFAA
Sedrick Johnson was charged in connection to the death of 18-month-old Cedric Jackson on July 11, 2019.

The dumpster was checked but it had already been emptied twice. Authorities later found Cedric's body in the landfill, police said Thursday afternoon at a news conference.

One of the children in the home said Johnson often wrapped the child too tightly. Cedric did not like being wrapped and “would always fuss and cry prior to bedtime,” the warrant says.

An Amber Alert was issued Wednesday night, about 12 hours after Cedric was reported missing. The alert was canceled at about noon Thursday.

The aunt had custody of the toddler after he was removed from his parents' home.

Jackson told police that she put her nephew in bed at about 11 p.m. Tuesday. While police said she initially told them she didn't notice Cedric was missing until the next morning, a search warrant for Johnson's cellphone states Jackson woke up in the middle of the night and noticed both her boyfriend and the toddler were gone.

The aunt called Johnson to confront him about his and Cedric's whereabouts, according to the document.

Jackson also initially told police that a girl inside the condo told her she saw someone, who looked like a close family friend, take Cedric overnight. The girl said she hid and didn't say anything until the morning because she was afraid.

Maj. Max Geron said during a news conference Wednesday that a "person of interest" was in custody in Keller on unrelated warrants.

That person, Harold Johnson, is the father of the suspect police arrested on Thursday.

Geron said that when investigators spoke to the man, the toddler was not with him.

Right now, Harold Johnson is no longer a person of interest.

Six children have been taken from Johnson and Jackson's home and placed in foster care, said officials with Child Protective Services.

Two girls, 6 and 8, are Johnson's and Jackson's children.

The other four are Johnson's with another woman, officials said. Those children are two girls, 9 and 6, and two boys, 10 and 7.

Johnson has been arrested several times before, including for a pending misdemeanor family violence case.

In that case, Johnson is accused of biting his wife during an argument, court records show.

Johnson pleaded guilty to a 2010 felony charge of abandoning a child with the intent to return. He was sentenced to four years of probation, but that agreement was revoked in 2016, and he was sentenced to eight months in state jail, records show.

In that case, Johnson left his 4-month-old daughter home alone while he left to meet a sex worker and get cigars. The baby was alone on a bed in between two pillows with a bottle, records show.

A spokesperson with the Texas Department of Family Protective Services said that CJ's placement in the home is now under review and being investigated.

She would not comment further due to privacy reasons, and could not tell WFAA if the department knew Johnson was in the home or if the agency performed a background check on him.