'It's a big loss': Friends describe Marquel Ellis Jr. as a good student, friend and innocent bystander who was killed during a senseless act of violence. 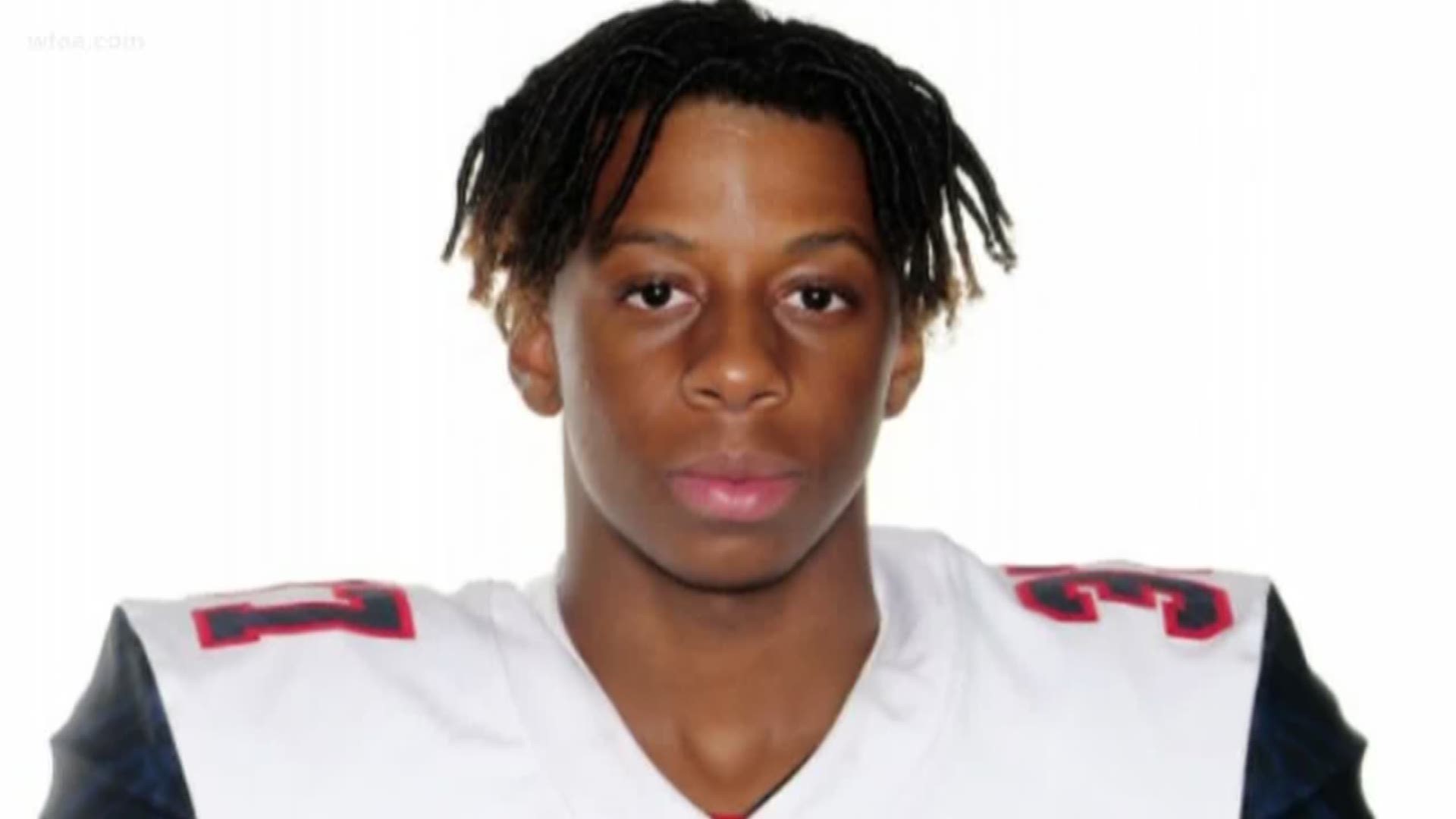 PLANO, Texas — A Forney teen has been arrested on a charge of murder in connection to the shooting death of a 16-year-old Allen High School student athlete.

Windows remained shattered at the home in the 3200 block of Peachtree Lane in Plano, where a gunman fired shots Saturday night.

The gunfire broke out after several teens were kicked out of the house at about 10 p.m. Saturday, according to a statement from Allen police. Witnesses told police one of the teens fired the shots into the home as he left.

Officers responding to a call of shots fired found Ellis injured at the scene. The Allen sophomore was taken to a nearby hospital, where he later died.

“It’s a big loss,” said a friend of Ellis, who asked not to be identified out of fear of retaliation. ”... I feel like it’s a dream. It just doesn’t make sense.”

Friends say Ellis was playing video games when he was struck by the gunfire.

“They took away a brother – a friend, a best friend – a brother to a lot," his friend said.

Investigators say the house where the party took place was leased that night from a popular short-term rental site.

”It was a sad day on Saturday evening,” said neighbor Barry Love Madison, who lives a few doors away.

Madison said he saw teens coming and going throughout the night at the house, which he said was often leased for parties.

”I have several concerns,” Madison said. “I believe in individuals renting out homes for-profit but there has to be a better screening process, or possibly some follow-up activity after the home was rented, or an interview process rather than using an online website.”

Ellis' friend said the party Saturday was advertised on a social media app. He said some teens attending the party became upset when they were asked to leave and came back armed with a gun.

”They took away somebody that nobody knew to have a frown on his face,” he said.

Investigators have asked anyone with details about the shooting call the Plano Police Department.