The suspect died at the hospital Monday after suffering a self-inflicted gunshot wound. 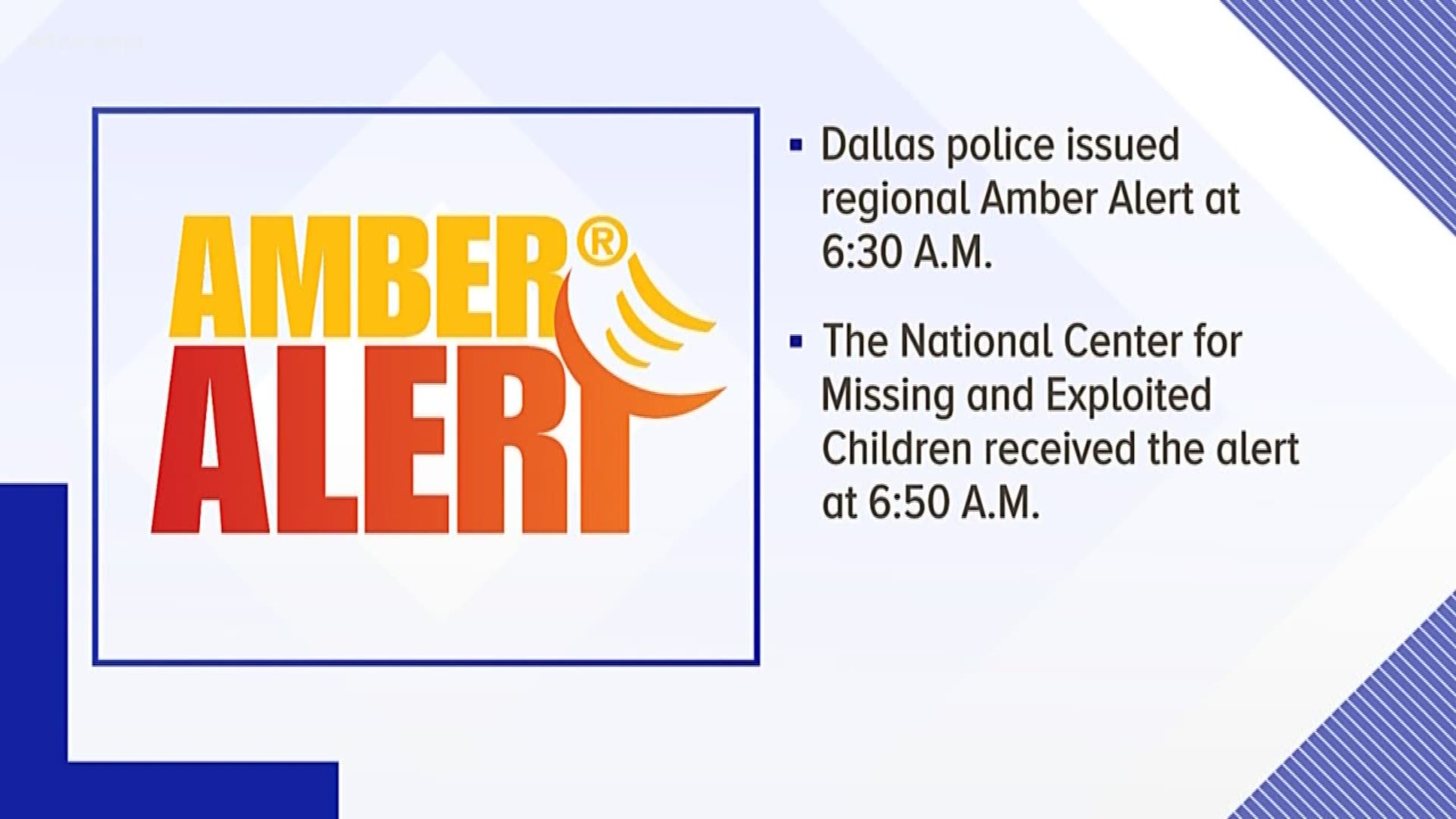 Updated at 6:27 p.m. to reflect updated timeline of events.

A 7-year-old boy and a 1-year-old boy were found alive Monday morning after their mother was found dead Sunday night, police said.

An Amber Alert was issued Monday morning, but the boys were later found alive after a tactical team entered an apartment in northeast Dallas sometime around 9:30 a.m.

Mitchell said police officials couldn't rush to put out an alert until after investigating what happened to the boys and their mother, whose body was found late Sunday night.

"We had to obtain information. We had to confirm information," Mitchell said. "We just don't want to recklessly put out an Amber alert when there's not an actual Amber Alert."

Dallas police said they believed the boys were abducted by 33-year-old Johnnie Ray Palmore, the father of the boys.

Mitchell said Palmore was taken to a local hospital in critical condition after he suffered a self-inflicted gunshot wound during the incident. He later died.

A woman and another child were inside the apartment at the time as well, according to Mitchell.

"We are so grateful that no one else was injured in this incident," he said.

The children's eyes were "wide-open and they were looking around" when they were found, according to Mitchell. Because of their age, he believes the event will be particularly traumatizing to them.

The boys were last seen around 8 p.m. Sunday at Halston Apartments at 8850 Ferguson Road in Dallas, according to authorities.

Mitchell said Dallas officers made entry into the apartment around 11 p.m. and found the boys' mother, 26-year-old Latiffiney Rodgers, dead during a welfare check, officials said.

Police said the cause of her death was homicidal violence. Mitchell said Palmore is a suspect in her death.

The Amber Alert, which was issued Monday morning, covered parts of Texas, Oklahoma and Louisiana.

Credit: Chris Sadeghi/WFAA
A Dallas police car sat outside the Halston Apartments on Feb. 10, 2020. A woman was found killed there, and her two children are missing, police say.

Police activated a regional Amber Alert at 6:30 a.m. after they discovered the children were missing during the investigation, officials said.

"Once we found that information out, then we released [the alert] immediately," Mitchell said.

The National Center for Missing and Exploited Children tells WFAA it received the request for distribution of the Amber Alert at 6:50 a.m.

SWAT officers from DPD arrived at The Hive Apartments at 6003 Abrams Road at 7:30 a.m.

Rodger's death marks at least the 21st homicide in Dallas in 2020.