After a defense attorney for one of the men on trial for murder said he didn't want to see 'any more Black pastors,' hundreds responded. 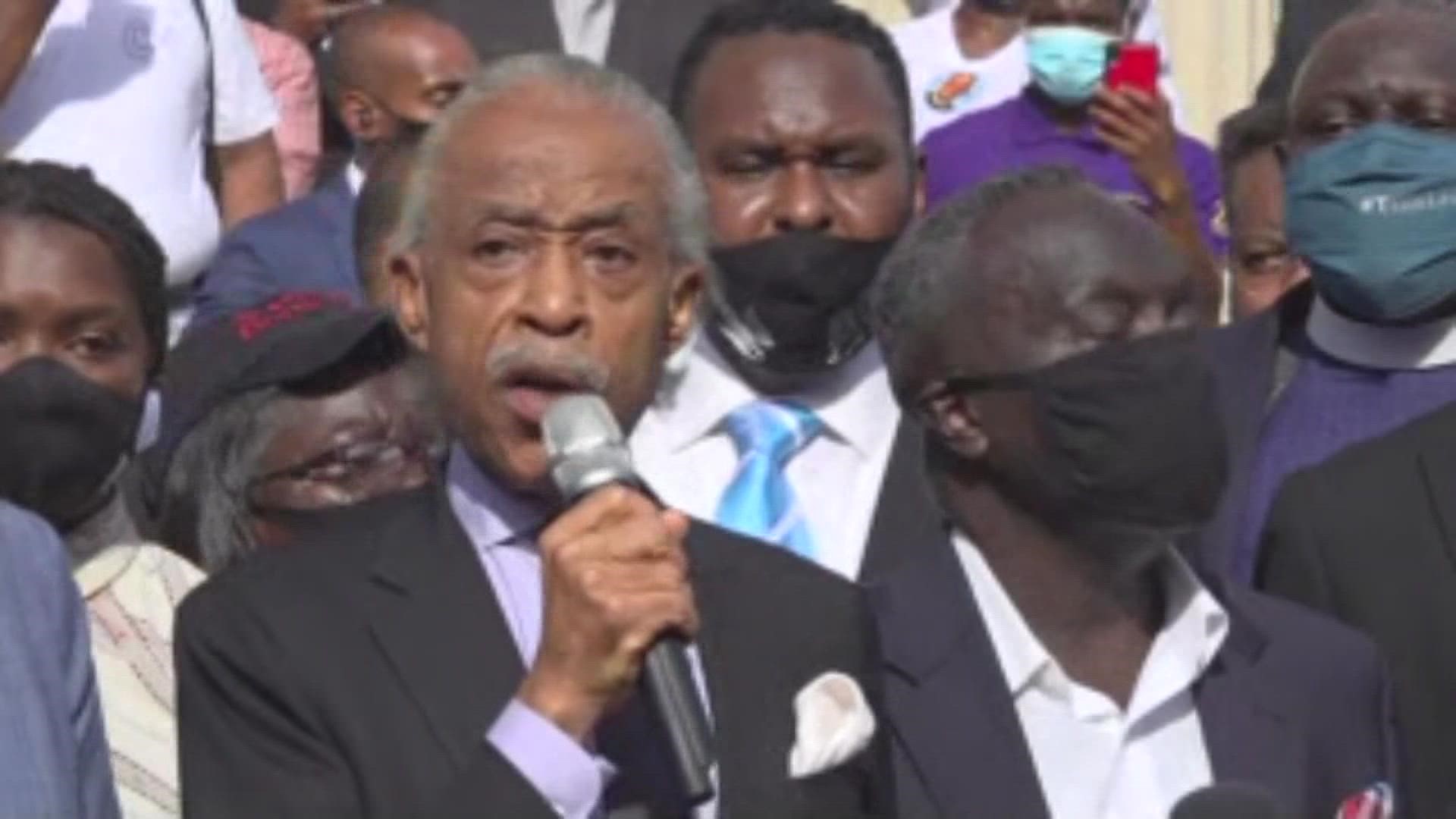 BRUNSWICK, Ga. — Jamal Bryant, the pastor for Atlanta's New Birth Missionary Baptist Church, has joined forces with other faith leaders to organize a special event for Thursday, dedicated to praying for the family of Ahmaud Arbery.

Hundreds of Black faith leaders are meeting just outside the court where the murder trial is taking place.

"There's a family that is grieving who has lost an innocent son. And so we're standing in priestly responsibility to let their family know we're lifting up their arms and we're showering them with love," Bryant told 11Alive.

He added that he does not intend to go into the courtroom, adding "I don't want to give any space for a call for a mistrial on any grounds whatsoever."

On Feb. 23, 2020, Ahmaud Arbery was shot and killed while running through the Satilla Shores neighborhood in Glynn County near Brunswick. Father and son Gregory McMichael and Travis McMichael claimed they were attempting a citizen's arrest at the time. Travis McMichael shot Ahmaud Arbery following a struggle, killing him. Both the father and son, as well as their neighbor William "Roddie" Bryan, have since been charged.

The trial in the death of Ahmaud Arbery is still underway. William Bryan's attorney Kevin Gough received several rebukes last week for saying that he did not want "any more Black pastors" to show up in the courtroom, referencing Rev. Jesse Jackson's presence. Together Bryant, Reverend Al Sharpton and attorney Ben Crump have organized the prayer event in response to Gough's comment.

"That's why I made this call for pastors from around Georgia to meet me down in Brunswick," Bryant said. "I am absolutely blown away. We've got pastors coming from Seattle, Washington, from South Carolina, from Michigan. That says he wasn't talking just to one pastor, but to all of us. Tomorrow is going to be monumental. It's going to be the largest gathering of faith leaders around a civil rights issue in recent modern history. And so, I'm glad to be a part of it and to witness that there is clergy with conscience that wants to stand with the community."

"I think that it will send a message that the church does not bury its head in the sand. But we are in tune to what is taking place and we stand with them. We pray for them and we move until justice is done," Bryant said.

For the latest updates on the trial, click here.