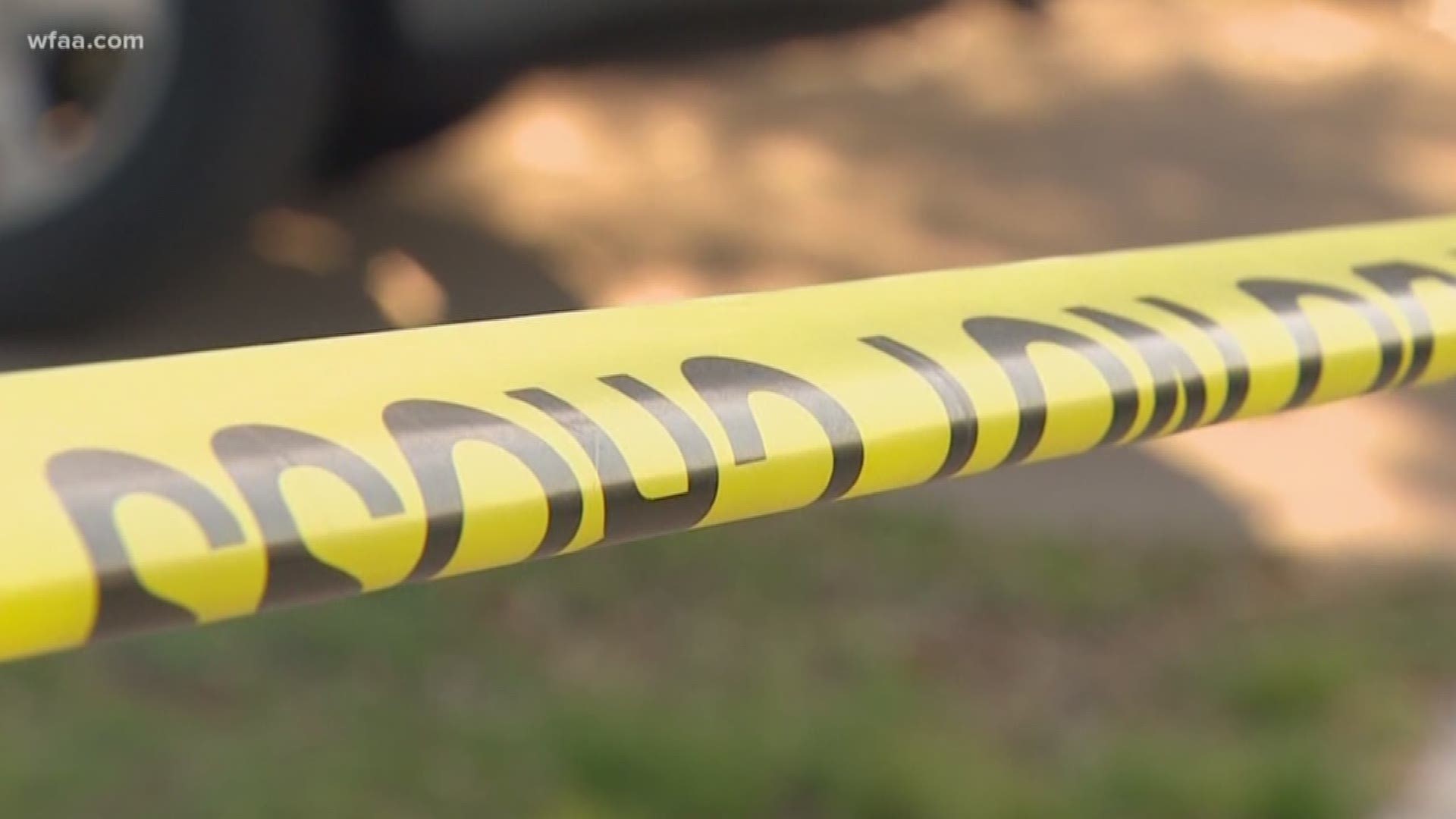 "It's scary. And it's not right," Adams said Friday.

Kevin Battle was shot and killed by his neighbor Mark Jabben in what Fort Worth police say was self-defense. The neighbors had been arguing for more than a week, police said.

Jabben was not charged in the incident.

"We are very concerned about what is happening in this community," said activist Donnell Ballard.

RELATED: He was shot and killed, holding his grandson's hand. His family still wants answers

Seven weeks after that shooting, Jabben was arrested, but for another shooting. Police say he shot his girlfriend in her shoulder at an east Fort Worth apartment. According to police, he told them it was an accident, but the victim said otherwise.

"I'm afraid now," Adams said. "I'm afraid because I didn't know he was out, that he'd been released."

Adams and community activists gathered Friday to question why the bond was so low in the second case, and to again ask for charges to be brought in the first case. They feel race is playing a role.

"Had that been me, we would've had a high bond right now," said Waymond Brown, an activist with The Brotherhood.

The magistrate just who set the bond said ethically he couldn't comment on a pending case. The district attorney said the same.

Attorney Kim Cole, who represents the Battle family, said Friday in a statement: "The family of Kevin Battle deserves justice.  Mark Jabben deserves to be prosecuted to the fullest extent of the law.  He is a violent predator."

Jabben declined an interview request when he was in jail.