The FBI is working to determine a motive after a man armed with 150 rounds of ammo shot into a federal courthouse Monday before he was killed by officers. 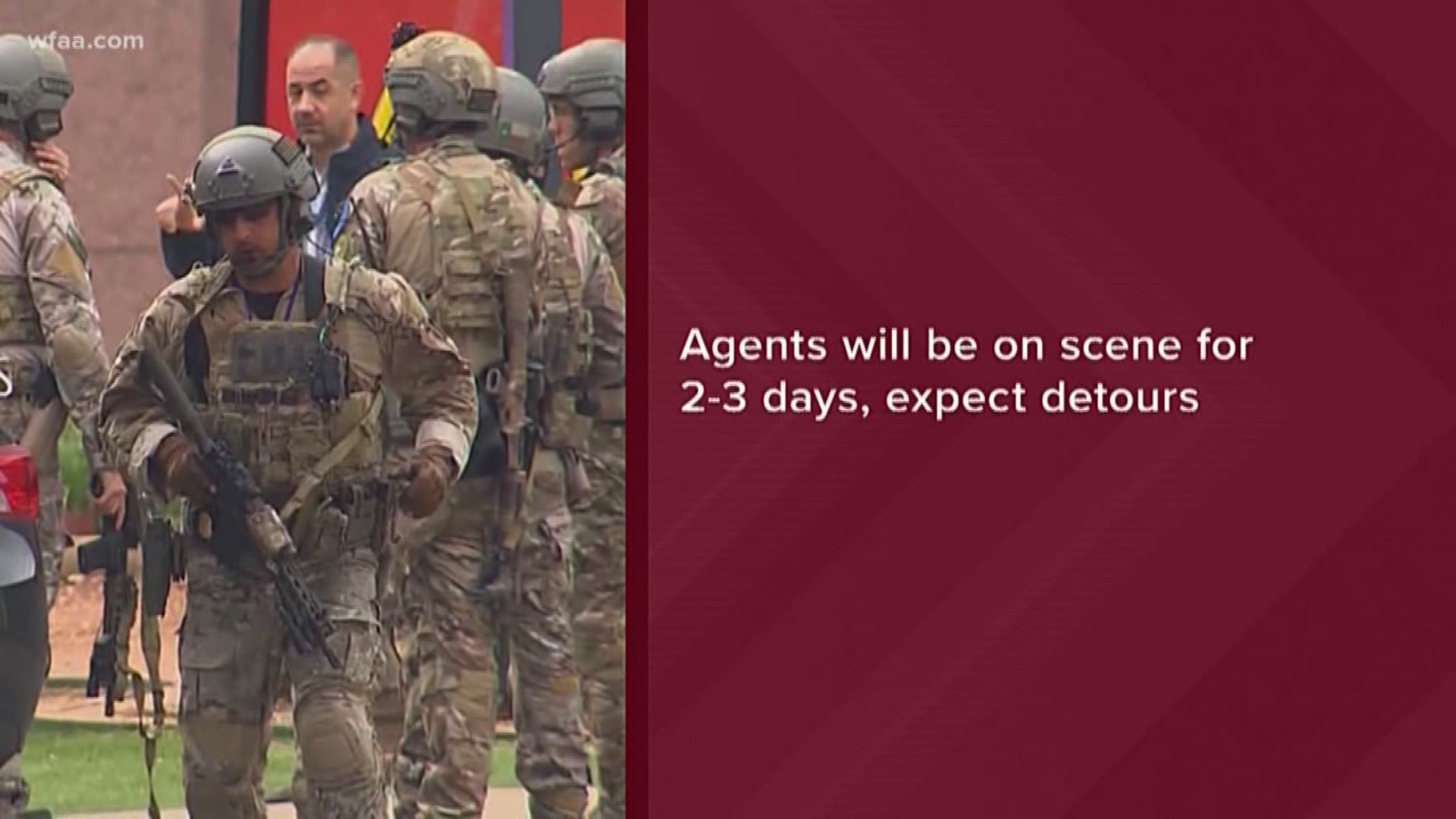 A gunman was killed in a shootout with officers Monday morning outside the federal courthouse in downtown Dallas.

Video of the shooting appears to show Clyde fire inside the building from outside. He appears to be wearing tactical gear. He runs from the building and across Jackson Street before collapsing in the parking lot.

One employee at the courthouse was wounded during the shooting but FBI officials said she suffered superficial injuries.

Clyde had more than five 30-round magazines on him, said FBI Special Agent in Charge Matthew DeSarno.

ATF is tracking his firearm and agents are talking with family members and reviewing Clyde's social media accounts as they work to identify a motive.

FBI officials said Clyde wasn't on their radar prior to the shooting.

Clyde withdrew from Dallas Independent School District in March 2012, according to district officials. The FBI said he was discharged from the Army in 2017.

Officers responded to the shooting call around 8:50 a.m. at the Earle Cabell Federal Building in the 1100 block of Commerce Street.

Witnesses heard several shots in the parking lot outside the federal courthouse building. They reported seeing the suspected shooter crouched behind vehicles.

Several witnesses have said that there were at least 10 shots fired.

"It's just scary how people are," one witness said.

Police conducted a controlled detonation of a suspicious device in Clyde's vehicle.

Streets remain closed around the courthouse while police check the area.

Don Miles said he was walking up to the courthouse when the shooting started.

"I just started hearing rapid fire. Maybe 10, 15 shots. All of this rapid shooting," Miles said. "And at that time, when I looked, people just started running out of the building. And I just ran into the traffic and across the street over here."

Tim Brown was inside his apartment making coffee when the first shots were fired.

He ducked and recorded the last moments of the shooting.

"I mean it was like a war zone. It’s something you don’t see down here, ever," Brown said.

The federal courthouse and El Centro College are on lockdown. A building near the intersection of Young and Lamar streets was evacuated about an hour after the shots were reported.

The FBI, U.S. Marshals and the Bureau of Alcohol, Tobacco and Firearms have also responded to the scene.

Police have not released any other details.