Police identified the victim as Gloria Roque and said she was sitting in her home when she was hit by gunfire. Her house had been hit by stray gunfire before. 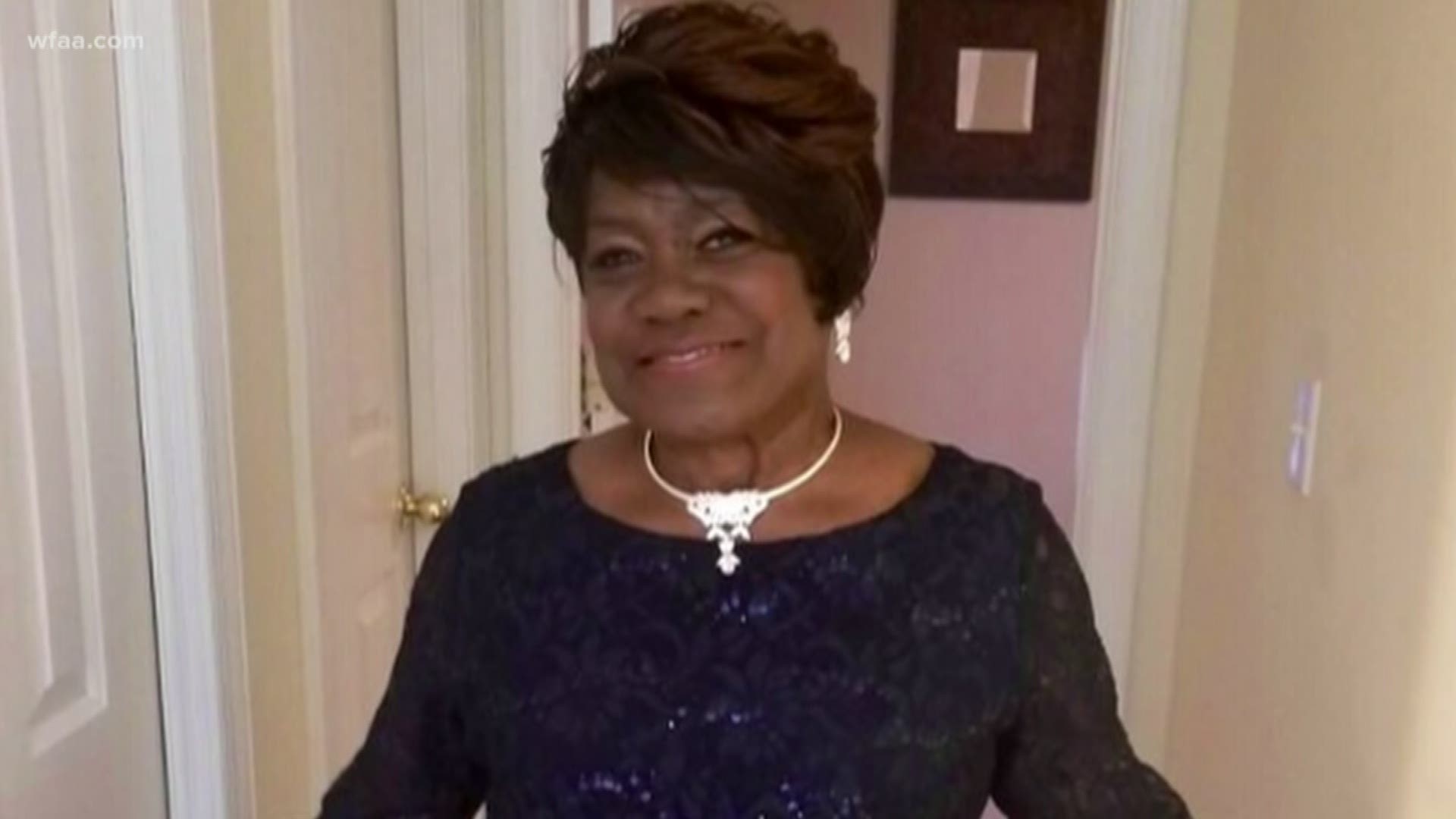 DALLAS — Updated at 5:45 p.m. with information about the victim.

A 79-year-old woman was killed by gunfire while she sat in her South Dallas home. It was the second time her home had been hit by stray bullets.

Gloria Roque was shot just before 11 p.m. Thursday in the 3700 block of Meyers Street near South Malcolm X Boulevard, police said. She was taken to a local hospital where she died from her injuries.

Her home was hit by stray bullets after a gang fight broke out in 2017 at nearby Wheatly Park.

Roque said she wanted city leaders to address the violence.

“I’ve never been short on words, but they need to be more concerned. They need to come out here," she said at the time.

Her son, Keith Lee, said he's angry about how his mother died.

"There's kids around here they got guns," Lee said. "I'm more mad than sad...I know that's not good but that's all I feel."

Family members who live in the neighborhood said they heard gunshots Thursday night and became worried when they didn't hear from Roque.

The bullet went through the back of the couch, and Roque had fallen to the floor.

Her cousin said Roque didn't have any problems with anyone. Police say they don't believe Roque was a target.

He believes the shooting was a case of mistaken identity.

"I think somebody was actually looking for someone else and didn't realize they were messing with the wrong house," he said.

Roque's son said the family moved around a lot while his father served in the U.S. Army but had been settled in Dallas since 1979.

He said his mother once worked for the Dallas Times Herald and the Dallas Black Chamber of Commerce. She put herself through school to be a music major.

"She loved the community," Lee said.

He said he doesn't understand how his mother's drama-free life could end inside her own neighborhood.

"To come here and die in your own community, it's sad, man. It's gotta change. I don't know why people lost respect for life," Lee said.

He urges anyone who knows or saw something to contact police.

No suspects have been identified. Anyone with information is asked to contact John Valdez, #7298 at (214) 283-4828 or john.valdez@dallascityhall.com.

Credit: Mike Forbes
A 79-year-old woman died after she was shot in a drive-by in Dallas on October 31, 2019, police said.