A bullet hit the young girl in the neck, a commander at the scene said. 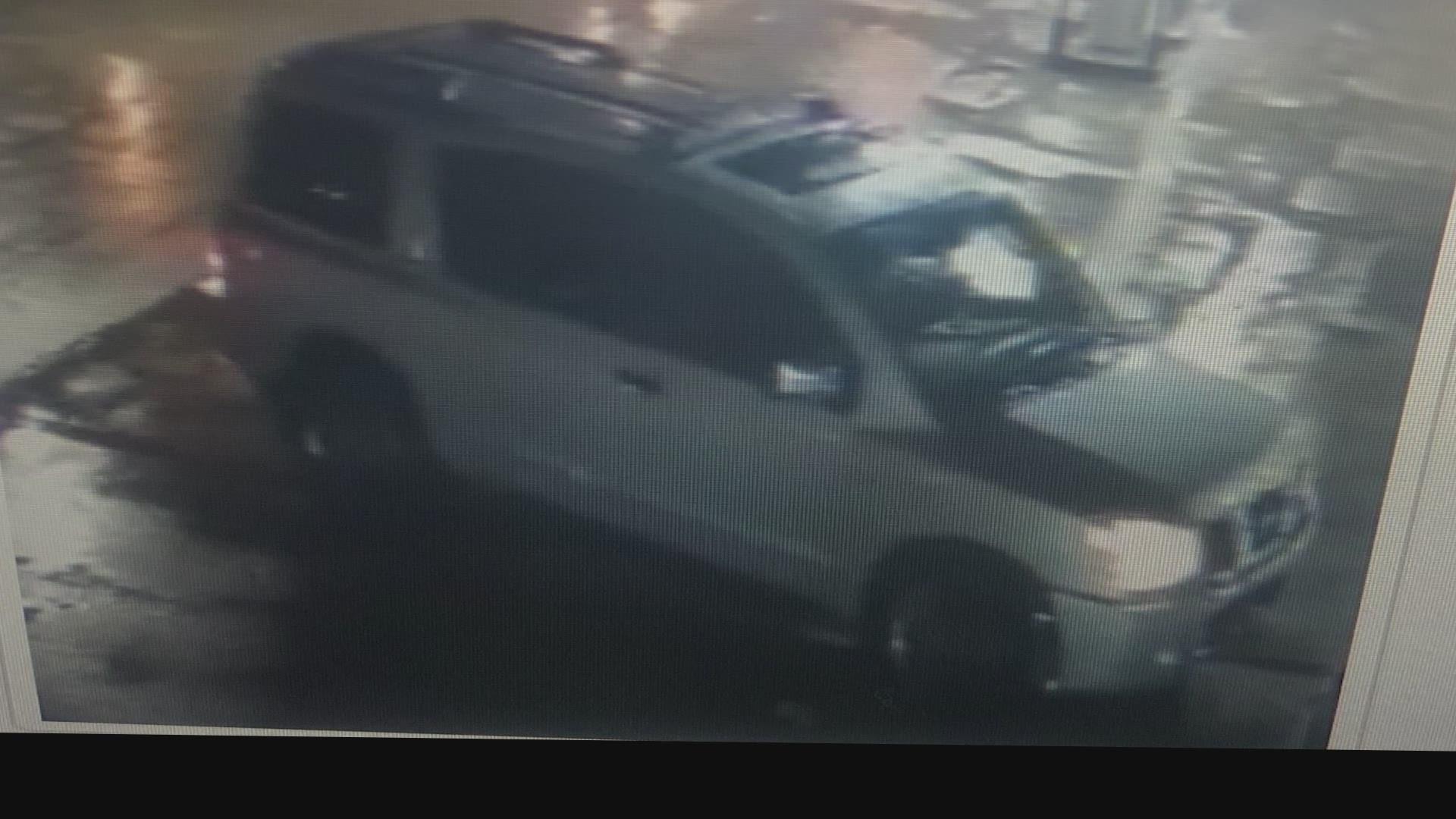 DALLAS — Updated at 5 p.m. with more information from witnesses.

A 3-year-old girl was shot late Monday night at a gas station in Dallas, police said.

The incident happened around 11 p.m. at a Shell gas station on the 3900 block of Linfield Road.

Police at the scene told WFAA a father had driven his truck to the gas station with three of his children in the back. At some point, the man got into an altercation with another person, who started firing shots.

”It’s sad that you can’t ride around with your kids in the car,” said Shell station customer Janetta Thomas.

In the surveillance video, you can see the suspect’s Nissan Armada SUV backing in.

Investigators say the suspect ran over to the victim’s truck, pulled out a gun, and started shooting in the back seat. Surveillance video shows the man shooting multiple times into the truck.

A 3yo girl sitting in a truck is shot after an exchange of gunfire between the driver of the pickup and another motorist at a gas station near I-45. Dallas Police investigating. pic.twitter.com/c4fBo1br1v

Her father got his gun and fired back, officials said, but police don't know if anyone was struck by his shots. Seconds later, he grabbed his baby girl and ran into the gas station to get help.

“She was bleeding out real bad, and she was laying there, and all I can do is pray for her, and talk to her,” said a woman who helped the child. She said she held the toddler in her arms until the ambulance got there.

The woman didn’t want to be identified, in fear of her own life.

“She was breathing all right, and she had her eyes closed. When the ambulance came, she opened up her eyes,” the woman said.

Police are asking for the public's help in the search for the shooter. Police also said there was a female passenger in the car with the shooter. Below is a photo of the car.

Crime Stoppers is also offering up to a $5,000 reward for information that leads to an arrest and indictment in the case. Tipsters can call 214-373-8477 at any time.