A group of more than 20 people, including North Texas executives, surgeons and physicians, have been charged in what the Department of Justice is calling a "massive conspiracy." 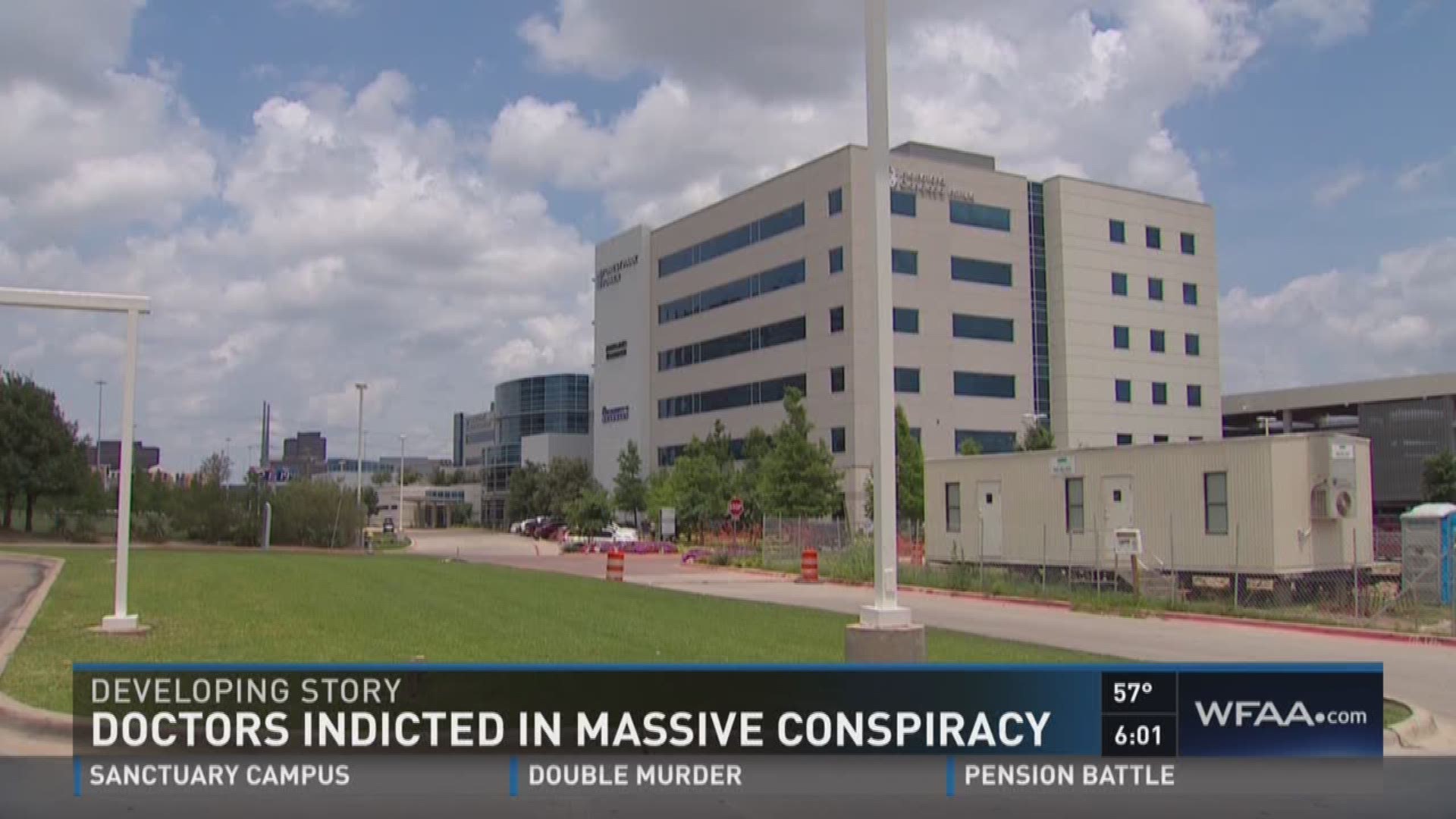 DALLAS -- The U.S. Justice Department in the Northern District of Texas Thursday unsealed indictments against 21 individuals, some of them among the highest profile doctors in the city of Dallas.

Prosecutors allege a bribery and kick-back scheme involving about $40 million in payments of all kinds. Some of the doctors are high-profile, some not. The indictment named 21 individuals in all and not all were doctors.

There's a chiropractor, a lawyer, an ad agency executive and some office workers, all allegedly caught either receiving or paying bribes over several years.

One of the doctors indicted Thursday has already been convicted of fraudulent billing practices. Dr. Richard Toussaint, an anesthesiologist and co-founder of the now bankrupt Forest Park Medical Center on Central Expressway, was convicted in March on healthcare fraud.

Also among the 21 indicted Thursday were spine surgeons, a pain management doctor, an orthopedic doctor and a few office workers. All were allegedly in on a scheme to pay or receive bribes to bring in customers for lucrative spine or bariatric surgeries.

U.S. Attorney John Parker Thursday laid out the damage done to the public.

"Massive, multi-faceted schemes such as this one, built on illegal financial relationships, drive up the cost of healthcare for everyone and must be stopped," Parker said.

Toussaint already faces up to 10 years in prison for his fraud conviction earlier this year. The other 20 alleged co-conspirators named Thursday face anywhere from five to 20 years in federal prison if they are convicted. Federal prosecutors say the investigation is ongoing.

The below-listed defendants are charged in the indictment:

News 8 was able to contact and left messages asking for comment from Wade Barker, Andrea Smith, Carli Hempel, Kelly Loter, Michael Rimlawi and Frank Gonzales Jr. but have not yet heard back. Representatives for Drs. David Kim, Nick Nicholson and Gerald Foox told News 8 the men had no comment on the indictment.