The shooting happened shortly after the park closed at 7 p.m. when a group of people got into a fight in the parking lot, police said. 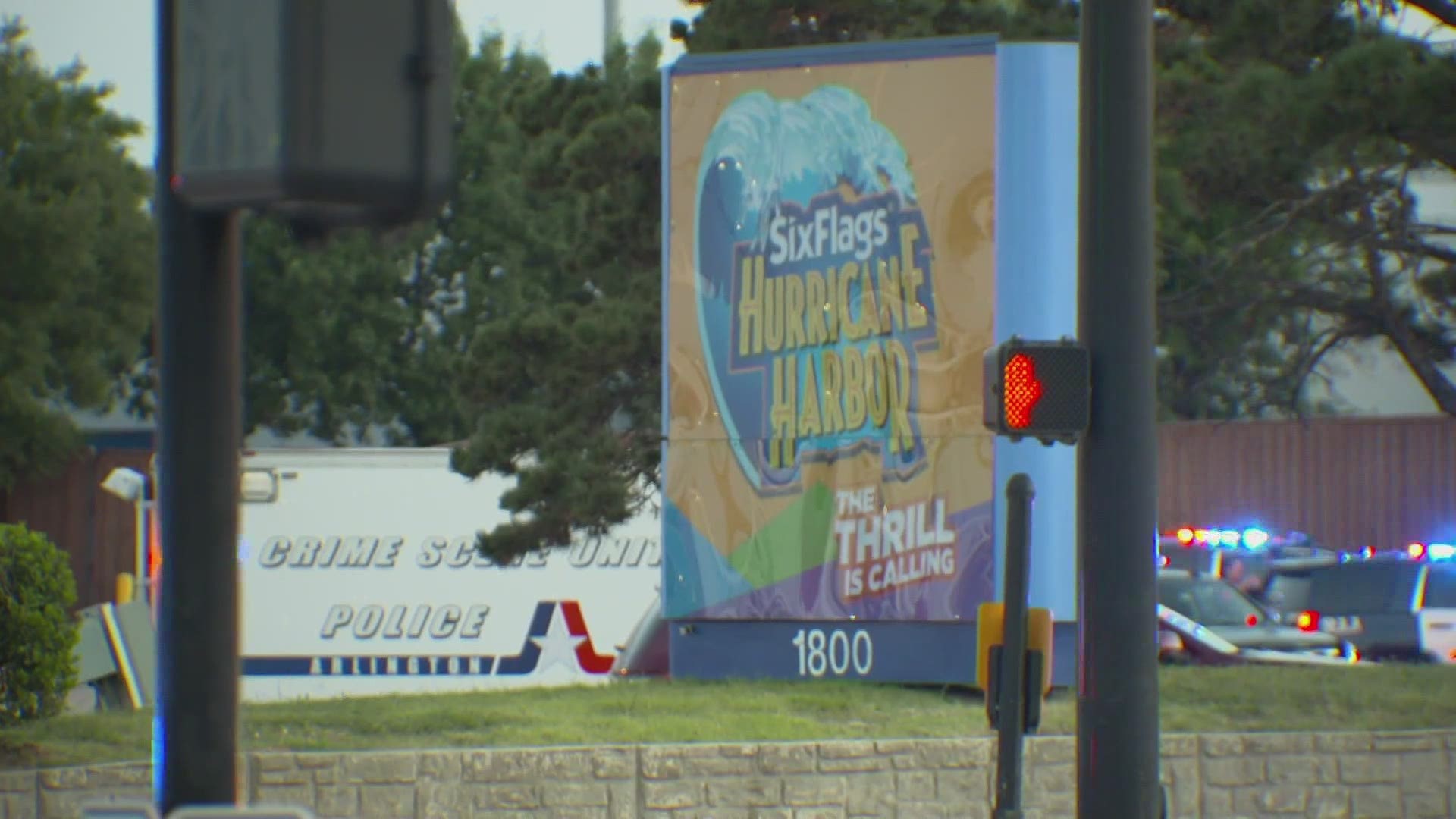 ARLINGTON, Texas — Editor's note: This story has been updated with new information on the 16-year-old who was shot. It will be updated as information develops.

A 16-year-old Arlington ISD student is dead after a shooting in the Hurricane Harbor parking lot in Arlington, police said.

The shooting happened shortly after the park closed at 7 p.m. when "six to eight" people got into a fight in the parking lot. No suspects have been identified and no gun has been recovered, police said. Several people have been detained.

Arlington police said a uniformed, but off-duty, police officer working at the park heard horns honking in the parking lot and saw the fight. Police said the officer had no idea why the fight started. When he ran to stop the fight, he says he heard at least one gunshot before everyone took off running.

Here’s what we’re seeing out at Hurricane Harbor.

Police investigating after a person shot near the entrance. Not an active shooter situation.

Employee just told me he was about 50ft away from everything.

Said he hard one or two loud pops. (@wfaa) pic.twitter.com/QcJGqM9c1y

A Hurricane Harbor employee told WFAA he was about 50 feet away from everything. He said he heard "one or two" loud pops and that it was chaotic after the shooting. People took cover in his building until everything was safe.

We have been informed that a 16 year old guest that was involved in tonight’s incident outside of Hurricane Harbor has died. Our deepest sympathies are with the victim’s family. @ArlingtonPD is leading the investigation and will provide further updates.

When asked whether security measures for the park would be changed in light of the shooting, a spokesman for Six Flags Over Texas said Hurricane Harbor uses "advanced security screening and has safety protocols in place to protect our guests and team members." Asked to elaborate on the advanced security screening methods, the spokesman said the park has "multiple industry-leading security measures in place - both seen and unseen."

"As part of our advanced security screening, all guests must go through a touchless metal detection system," the statement continued. "For security purposes, our full safety procedures are not shared publicly."

Arlington police are asking for any witnesses or anyone with videos, social media pictures or video of the fight to call them.