The aircraft had been from Hawai'i to California to Miami in the 24 hours before flight to Houston, records show 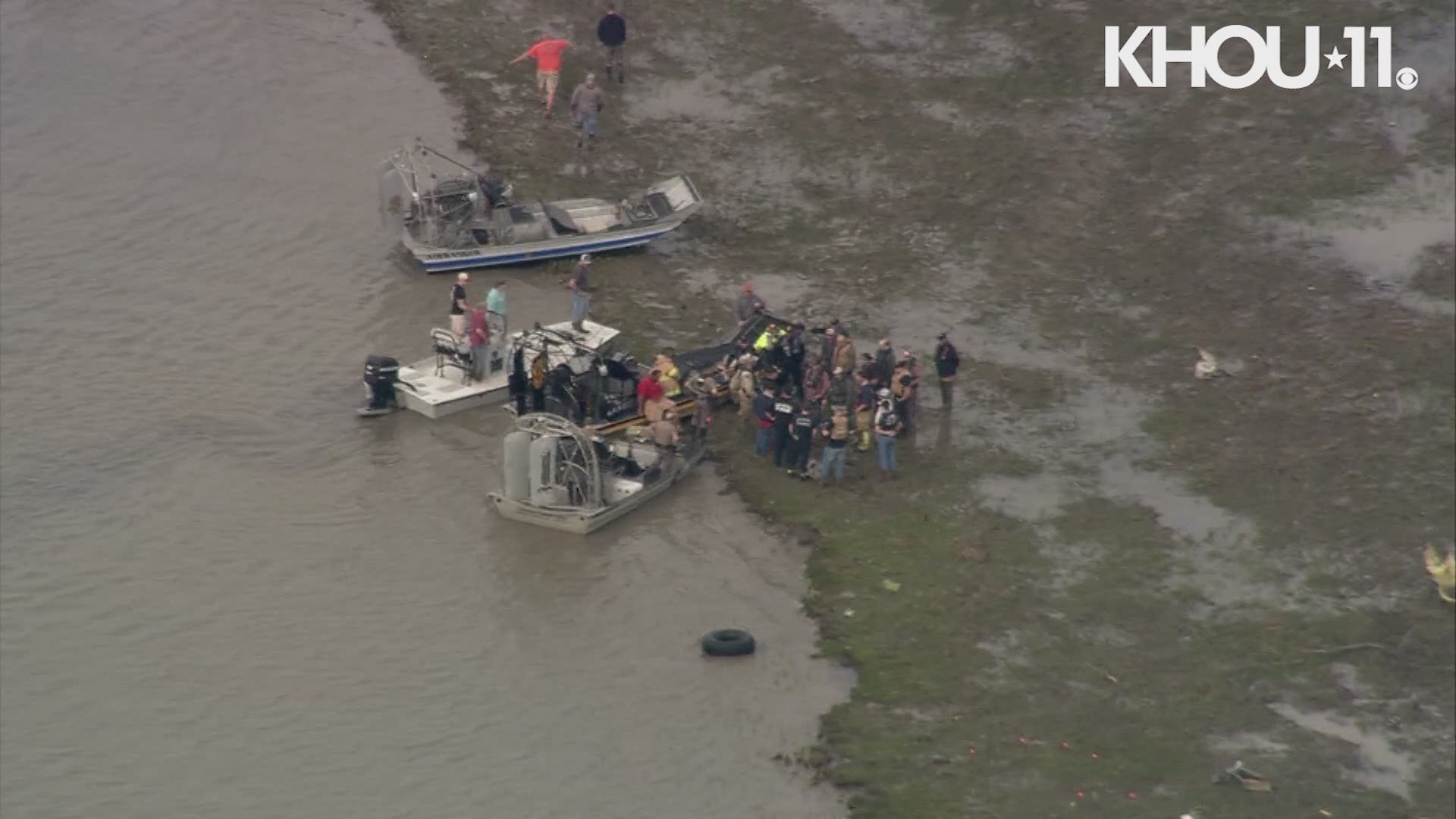 ANAHUAC, Texas — Initial reports from Chambers County Saturday indicate that there were no survivors of a cargo plane crash in Anahuac on its way from Miami to Houston. Officials believe there were three people on board, and Chambers County Sheriff Brian Hawthorne said there is nothing intact of the aircraft.

More: Sheriff: 'No sign of survivors' in cargo plane crash in Chambers County

That plane, a Boeing 767-300 was owned by Atlas Air and took off from Miami International Airport at 11:08 a.m. local time and was scheduled to land at 12:53 Central Standard Time at George Bush Intercontinental Airport in Houston, records show.

The plane lost contact with the Federal Aviation Administration nine minutes before it was scheduled to land. Data shows that the plane dropped from 5,800 feet to 1,300 feet in less than a minute on its approach over Anahuac Bay.

WFAA's Jason Whitely discovered that the plane, while owned by Atlas Air, was being operated as Amazon Prime Air for this flight. Prior to that, the plane had been used to fly passengers under China Southern Airlines, Canadian Airlines and Latam Airlines, a Chilean airline.

In the 24 hours before the flight from Miami to Houston, this 767 flew from Honolulu, Hawai'i to Ontario, California, records show.

"Our thoughts and prayers are with the flight crew, their families and friends along with the entire team at Atlas Air during this terrible tragedy. We appreciate the first responders who worked urgently to provide support."

Atlas Air posted a statement Saturday on its website, saying:

"This is to confirm that an Atlas Air 767 cargo aircraft Flight No. 3591 operating from Miami to Houston has been involved in an accident this afternoon. We understand the aircraft went down near the city of Anahuac Texas, in the Trinity Bay. We can confirm there were three people on board the aircraft. Those people and their family members are our top priority at this time. Atlas Air is cooperating fully with the FAA and NTSB. We will update as additional information becomes available."

National Transportation Safety Board chairman Robert Sumwalt said in a press conference Saturday that the NTSB will investigate, along with the FBI Houston, the U.S. Coast Guard and the FAA.

"Our mission, as with any accident investigation, is to find out what happened, so that we can learn from it and keep it from happening again," Sumwalt said.

Sumwalt said the NTSB's main task is to recover the plane's black boxes (electronic recording devices), if there are any, to determine what happened in the moments leading to the crash.

Finding any hazardous material that may have been on board is also a high priority, Sumwalt said. The water is not very deep in the area where the plane crashed, he said, so that should help with the investigation.

Sumwalt said there isn't much to report on the plane's descent at this time, but did say that at around 6,300 feet, the plane began its very rapid descent and there was a simultaneous loss of air traffic control radio contact and air traffic control communications with aircraft and pilots.

See below or go to Jason Whiteley's Twitter profile to see more.

This story has been corrected to reflect the proper location of the Ontario International Airport.