Three cows were just found on Cape Lookout miles away from their herd after they were swept by Hurricane Dorian in September and swam to escape the storm surge. 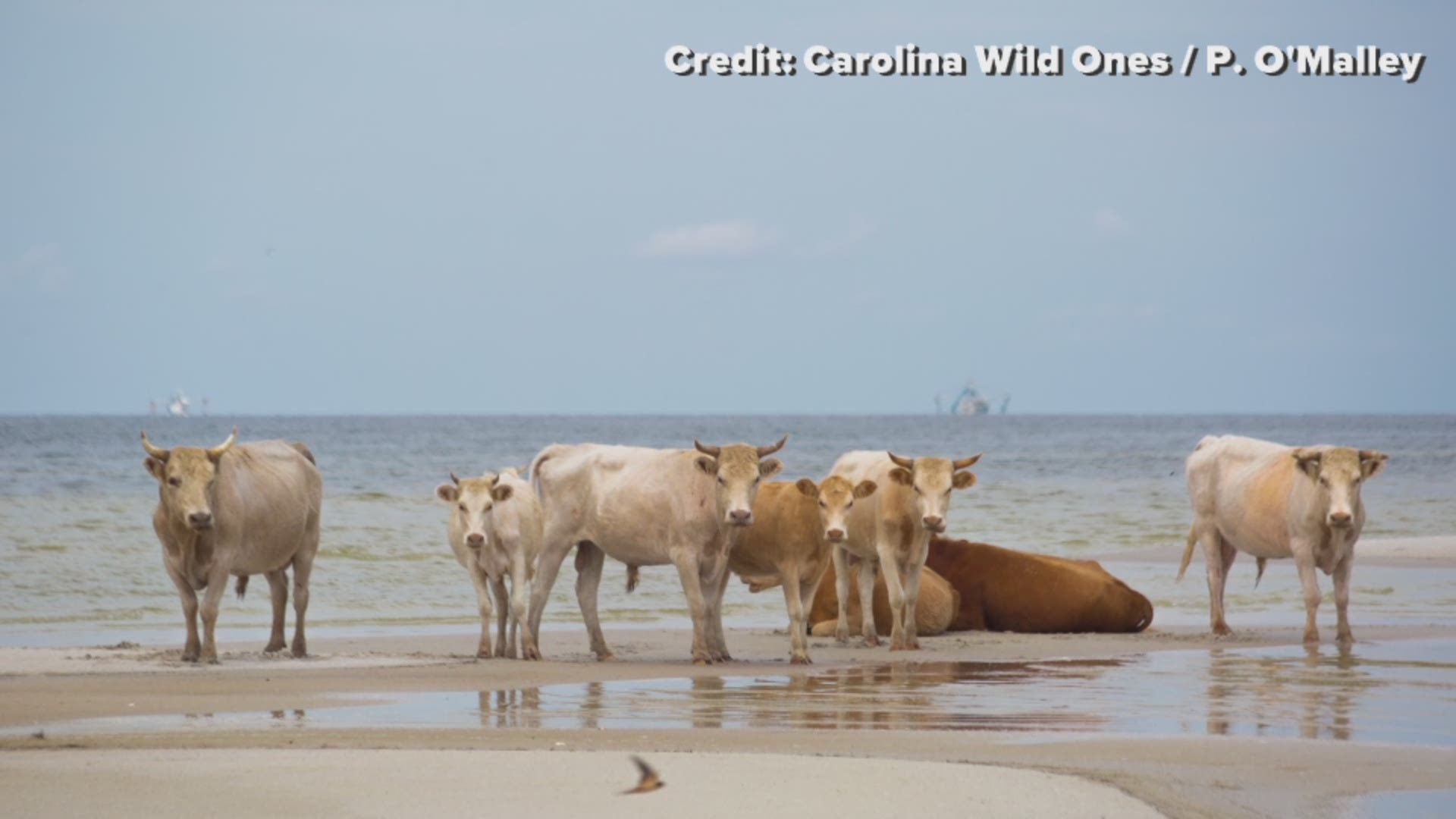 CAPE LOOKOUT, N.C. — A trio of castaway cows has been discovered on North Carolina’s Outer Banks, where they apparently washed up after swimming for miles to escape Hurricane Dorian ’s storm surge.

Cape Lookout National Seashore officials think the stranded cows swam up to 5 miles (8 kilometers) during the September storm before being found near Cape Lookout this month.

The cows belong to a herd that roams freely on Cedar Island, across the sound. When Dorian generated an 8-foot (2-meter) “mini tsunami,” it washed them and dozens of other animals away, including 28 wild horses that died.

Seashore spokesman B.G. Horvat told McClatchy news group the cows are grazing peacefully after a harrowing feat of survival, but they need to go home. He thinks they’ll have to be sedated for the boat trip.

1 / 19
Carolina Wild Ones via Facebook
A herd of cows on Cedar Island, North Carolina on Sept. 6, 2019. A few cows from were swept away by Hurricane Dorian and ended up washing up on the Outer Banks alive miles away from their herd.