The couple is warning people to be aware if they see this man trying to sell tickets. 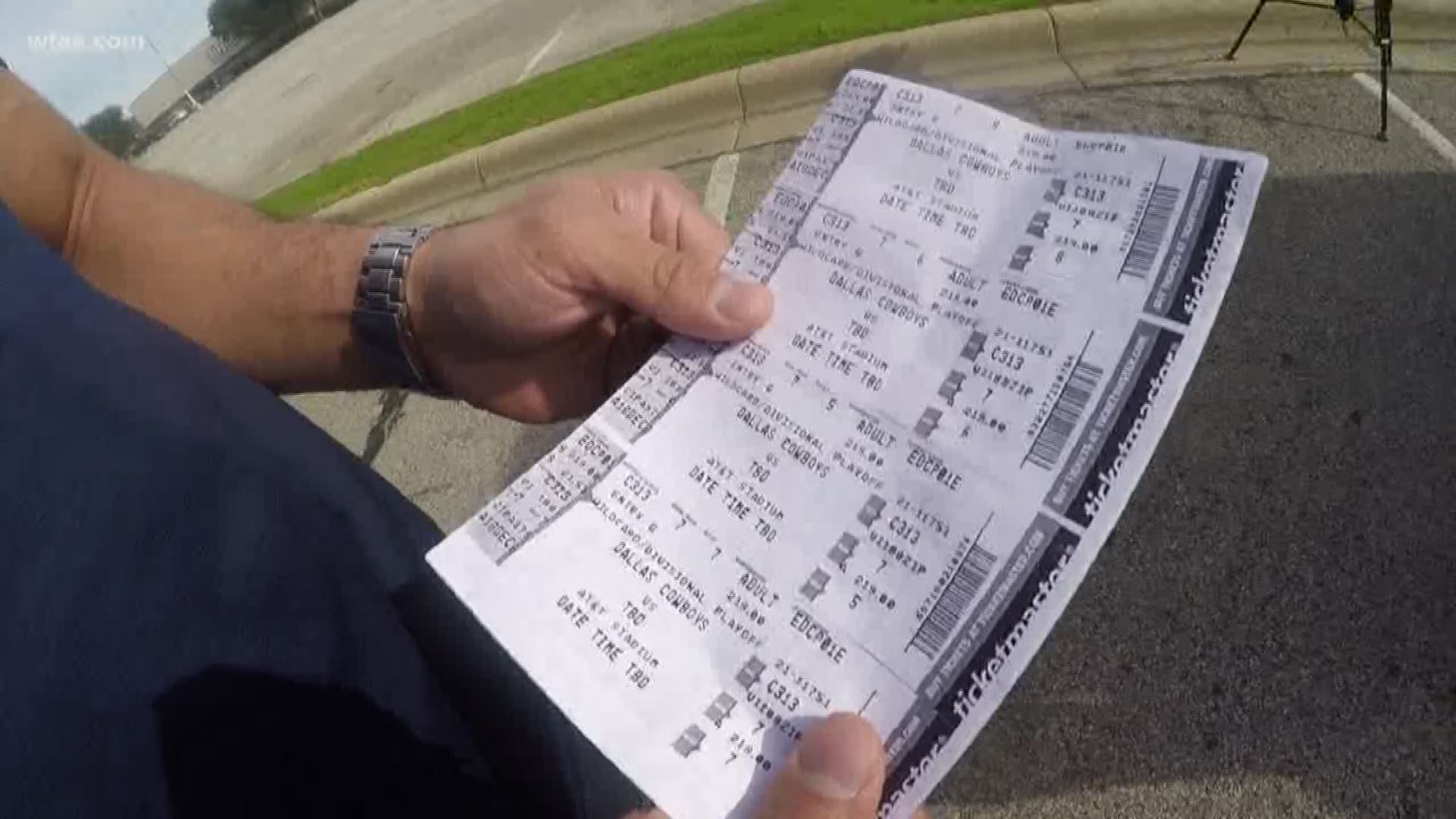 The excitement of going to a Dallas Cowboys game changes quickly when you’re turned away at the gates of AT&T Stadium. That’s what happened to Jaime Davila and Katie Rogers.

On Saturday, the couple and their friends made a last-minute decision to attend the Cowboys versus Seahawks game. They found a seller on OfferUp. “The guy agreed to the price on the tickets and said, ‘Hey. Can you meet me at the Irving Mall?’” said Davila. They agreed on $900 total, $225 dollars per ticket."

Davila planned to meet the seller outside the mall, but the man asked to meet inside. He pulled out four tickets from his pocket and explained to Davila how real they were. He shined a light on the back of the tickets, which revealed Ticketmaster logos in a green color. Davila said the man spit in his hand and wiped the letters to prove the ink wouldn’t come off.

“He had a receipt too,” said Davila. He said the scammer showed him a credit card that matched the card on the receipt.

Davila still felt something was strange about the situation, but he was so excited to go to the game, he decided to take the risk. As a backup plan, he pulled out his phone and got video of the man on Snapchat.

He and Rogers are spreading the man’s photo on social media, hoping someone recognizes him. They have turned the information over to the Irving Police Department. “He’s probably done it to a thousand other people," Rogers said.

The couple is warning people to be aware if they see this man trying to sell tickets. They also advise people to only trust legitimate ticket resellers.