Construction lagging in your area? Blame the seemingly unending rain North Texas saw in May

The City of Dallas told WFAA that many right-of-way projects are behind schedule after May saw 19 days of rain. 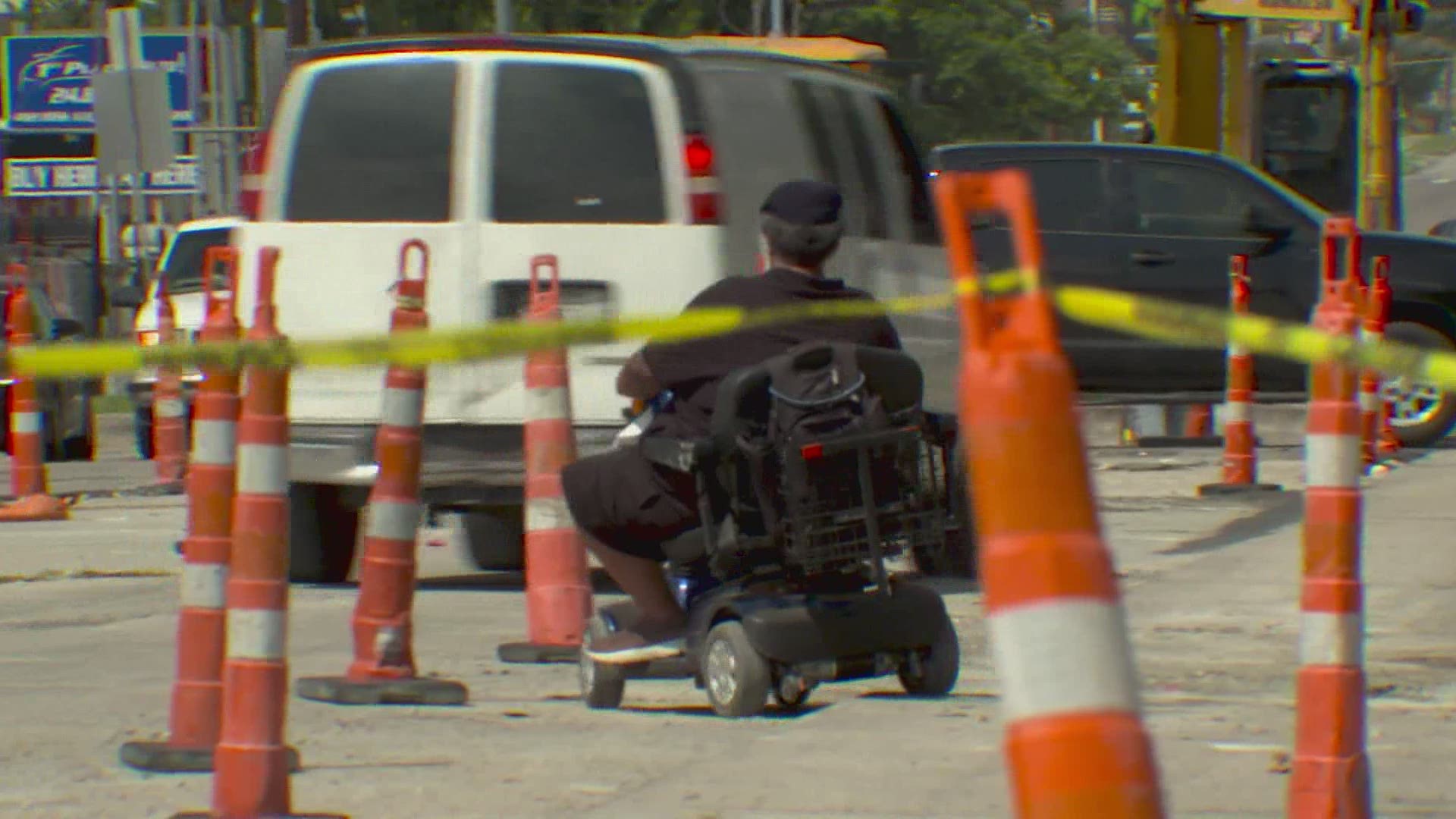 DALLAS, Texas — Of all the 31 days in May, the Dallas-Fort Worth area saw rain during 19 of them.

On average, the month of May brings roughly 4.78 inches of rain, so the month did see above-average precipitation.

Records or not, however, the Department of Public Works with the City of Dallas told WFAA all those days of rain pushed back construction projects within the city, specifically right-of-way projects.

Clearly, you can't pour cement when it's raining, and crews had to wait for the soil to desaturate to resume projects again.

"It was a very wet month," said Ali Hatefi.

Hatefi is the assistant director of Resurfacing, Street Cut, Construction Inspection, and Pavement Management for the city.

"To some point, it's out of our control," he said.

Hatefi told WFAA that the city has anywhere from 1,500 to 2,000 ongoing right-of-way projects that were impacted by the weather in some way.

A right-of-way project is any construction that may impact roads or sidewalks.

They can be privately developed, involve utility lines, or be a project solely focused on bettering streets or sidewalks.

With all the rain, Hatefi said whatever projects the city was working on had to be halted, and focus was shifted to high water crossings or areas with flooding.

"We try to look at the forecast and optimize our construction the best that we can. I don't want to say we get surprised by the rain, but we always have this problem every year in certain months," said Hatefi.

The good news, crews are racing to catch up and get back on track.

Thankfully, there's lots of sunshine to go around right now, and Hatefi said that should help pick up some of the lag if your daily commute involves orange cones.

"When summer starts, we expect to have higher construction activities," said Hatefi.