Computer glitch tops off a week of woes for Southwest Airlines 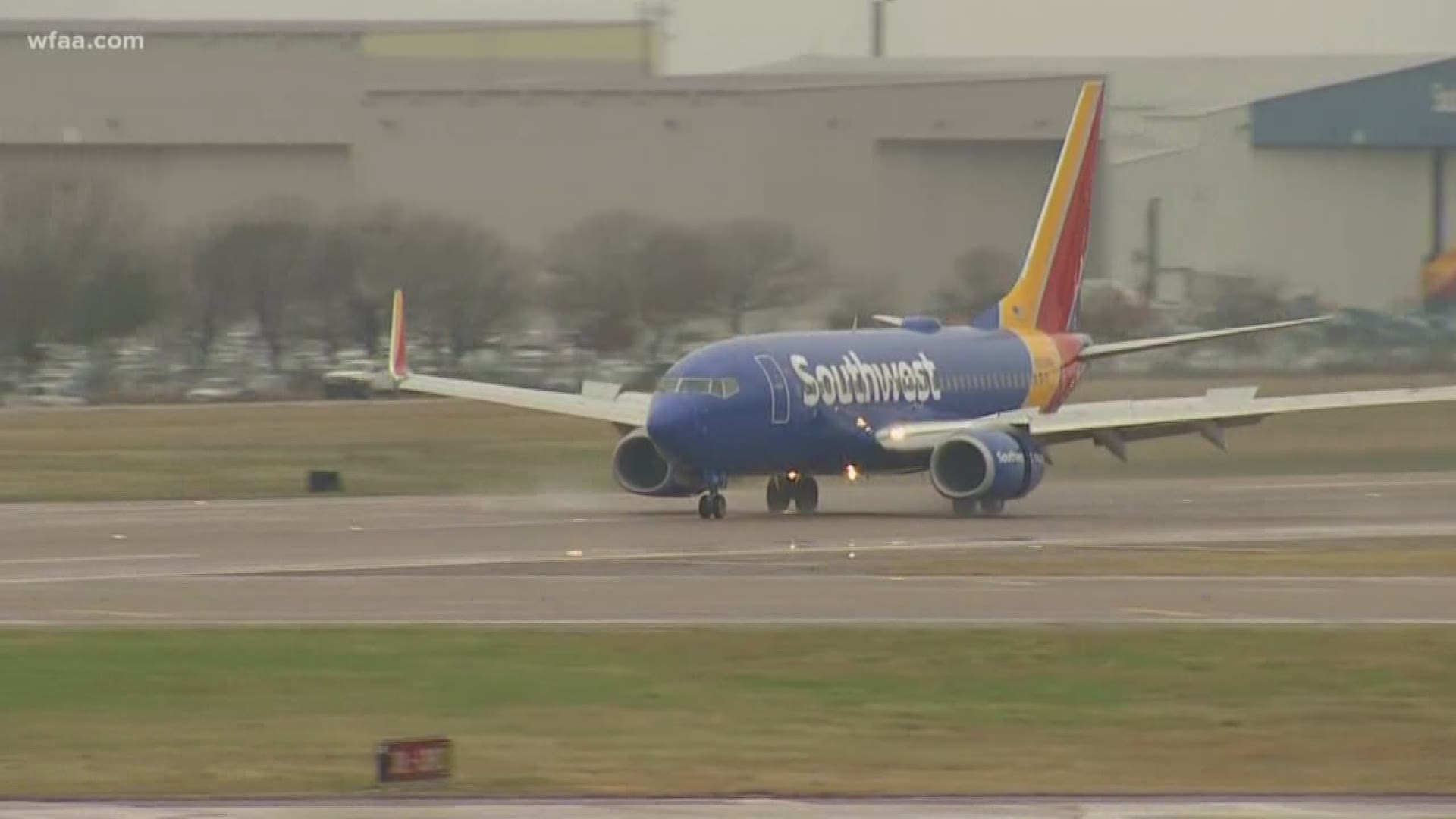 DALLAS — Well over half of Southwest Airlines’ flights into and out of Love Field were delayed Friday evening – some by only a few minutes, some by more than an hour – meaning the week ended just the same way it began.

“It’s not been a good week to fly with Southwest,” said Mike Courtney, who was stuck at Love Field Friday.

A computer glitch in a system that was upgraded overnight Thursday caused Southwest to ground all flights for about an hour Friday morning.

That caused Courtney’s flight to be delayed leaving Pittsburgh, which caused him to miss his connection in Dallas. And it was the second delay he experienced this week. The first was getting to Pittsburgh.

“Plane was grounded and put out of commission here in Dallas because the bathroom door hinge broke,” he said, laughing. “You know, get some duct tape, tape it up and let’s go on.”

“I travel every week for work and 99 percent of the time it’s on Southwest Airlines,” he said. “This week’s just not been a good week.”

Southwest Airlines declared an operational emergency in Dallas and three other cities after an unprecedented number of its planes were taken out of service for mechanical issues. The declaration restricts when union mechanics can take off work and turn down overtime.

AMFA, the union representing the mechanics, called the move intimidation.

Southwest suggested that the mechanics are pulling planes out of service for issues that have nothing to do with safety concerns, but only to draw attention to ongoing contract negotiations.

Southwest blamed the hundreds of cancelations and delays it experienced each day this week on winter weather and those mechanics.

“This is the labor law equivalent of a high stakes game of chicken and unfortunately the passengers and customers of Southwest are stuck in the middle,” Dallas labor attorney Rogge Dunn said. “As a company and as a union, you owe it to your customers and your members to try to get together and work extremely hard to mediate and collaborate and do everything you can to solve it before you go to this nuclear option.”