"He's Black, white and Native American. We let our kids explore all of their cultures," Hope Cozart said. 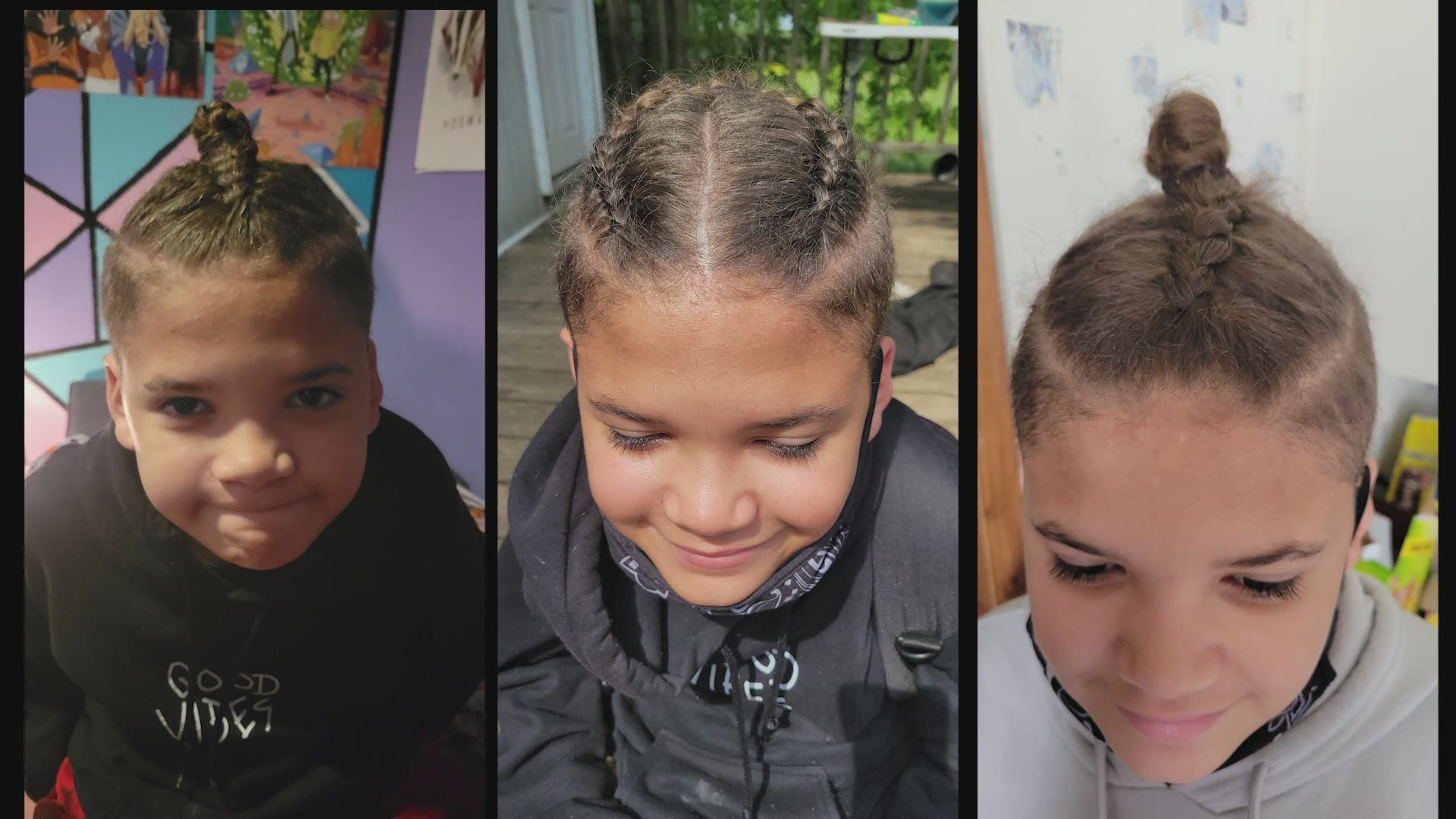 TROY, Texas — A Texas mother is trying to find the right balance between fighting for what she believes is right and ensuring her son's well-being.

"I question myself, am I doing the right thing? Because you know, I worry about his mental health," Hope Cozart said.

It's a familiar conversation in Texas schools, one that we've had in our state before. One that Tashara Parker has been discussing in her Rooted series on WFAA for the last couple of months.

The question is "What hairstyles are considered acceptable?"

It's a question Cozart, who lives in Troy has been trying to get answers to for the last couple of weeks. It turns out the Troy ISD hair policy for girls is different than the one for little boys.

"It does break my heart because he's a very social kid, he's a great kid. He has never been in trouble," Cozart said.

According to Cozart, it's all because of a hairstyle worn by her 11-year-old son Maddox. A hairstyle she says, as a mixed-race child, is a symbol of him embracing part of his culture.

"He's Black, white and Native American. We let our kids explore all of their cultures," she said.

Each day her son wore the hairstyle he was pulled out of class at Raymond Mays Middle School and placed in in-school suspension. So far, it's happened at least 10 times, according to Cozart.

Each notice has highlighted Maddox's hairstyle and stated that it is against the school's dress code policy.

The school's policy for boys in grades 2-12, says in part, "hair may not be worn in a ponytail, top knot, bun, or similar styles."

RELATED: Rooted: Judge Amber Givens was told 'your hair is going to offend voters,' she explains in her hair story

McCoy, who is currently working with the family, says the policy isn't race and gender-neutral.

Troy ISD was one of the hundreds of school districts across the state that was sent a notice in September 2020 from the ACLU of Texas. The notice asked schools to reexamine dress and grooming code policies that are unconstitutional and discriminatory, policies that Cozart says she will continue to fight against.

"To have people threaten me and my family over hair and standing up for my child… hair isn't important to them, but it is important to us and we chose to fight and I'm sorry that made people mad," she said.

Cozart has more than 1,000 signatures on change.org. WFAA also reached out to Troy ISD to ask if they were reviewing the district's dress code policies or if they wanted to comment on this story.

Superintendent Neil Jeter said while he cannot address the questions regarding this particular student, Troy ISD does plan to review the district's student dress code prior to the 2021-22 school year.

Cozart will be at the State Capitol on Thursday, along with Dallas-based organizers. They hope to rally support for the Crown Act, which would make it illegal for schools and employers to discriminate against anyone based on race-based hairstyles and hair textures.