Plano reaching out to its hidden homeless and hungry

October 6th will feature the first ever Plano Families First Fall Fair. Held at the Plano Event Center it will offer free health, vision, and dental screenings along with a job fair featuring some of Plano's biggest employers: a helping hand for those not yet sharing in the success the city has to offer. 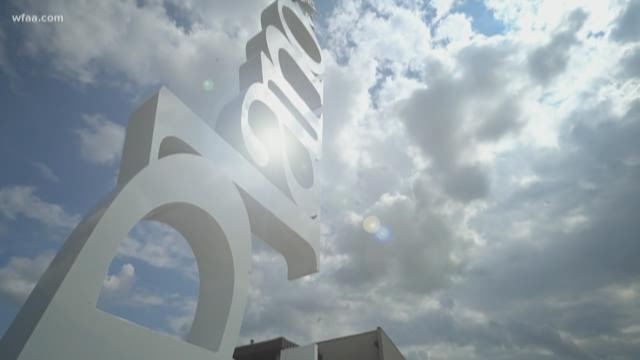 The businesses, homes and incomes are well above the Texas average in the city of Plano. But still there are residents struggling and left behind. So next month Plano wants to offer them a helping hand.

On the surface Plano seems to be a city very much on the move. Fortune 500 companies churn out billions of dollars, it’s a city with the best restaurants that money can buy, a median home is well above $300,000, and an estimate 46% of households make more than $100,000 a year.

But, even in Plano there are stories like the one Beth Watson can tell.

"At the age of 19 and 20, I was homeless. We were bouncing from hotel to hotel. Sometimes didn't know where we were gonna sleep and it was really scary."

Bad choices and addiction left her cut off from all the prosperity Plano seemed to offer. She became one of the more than 200 homeless who live in the shadows here. And of those who do have homes, city estimates place about 30% as paycheck to paycheck just trying to stay in the house they do have.

"It's right in our own backyard. It's right here in the community and people need to know about it," said Watson.

"Despite being a very affluent community, there are a lot of families in Plano that are still struggling," admitted Plano Mayor Harry LaRosiliere.

Even in his City Hall office with pictures of some of Plano's booming businesses on his wall, the mayor knows the problems are real.

"One third of our elementary school children are considered food insecure. So that means they're not really sure where their next meal is coming from."

Which is what took us to the Gladys Harrington Library last week where the mayor, along with representatives of some of Plano's biggest companies and health-care providers, announced that an offer of help is on the way.

October 6th will feature the first ever Plano Families First Fall Fair. Held at the Plano Event Center it will offer free health, vision, and dental screenings along with a job fair featuring some of Plano's biggest employers: a helping hand for those not yet sharing in the success the city has to offer.

"Because the need is real. the need exists," said Shannette Eaden the Housing and Community Services Manager for the City of Plano. "Plano is a mid-sized city with mid-sized city problems. But I love our city, and we're getting there."

"I just feel fortunate to be in a position where we're in a city like Plano that has the resources and the heart and the generosity to do this," said LaRosiliere.

As for Beth Watson, with the help of multiple city and private agencies, she is no longer homeless. She recently remarried and is thankful she still has by her side the three young children who took the homeless journey with her.

"When I was homeless, when I was struggling, they kept me going," she said of her daughter and two boys. “I can honestly say that they saved my life."

And as for the lives the city of Plano is trying to reach, she asks that the rest of the city understand the need is real, even in affluent Plano.

"The biggest thing I would want to share and to tell the community is don't give up on those people. I would tell them don't give up. There is hope."

Hope in a city trying to offer the same silver lining to the people who need it most.

If you would like more information on the Plano Families First Fall Fair - visit this website: www.Planofamiliesfirst.com