'Stolen from us': The Latinos who lost their language and the fight to recover it | Together We Rise

KENS 5's 'Together We Rise' dives into the deeper history behind why some Hispanics may not speak Spanish. 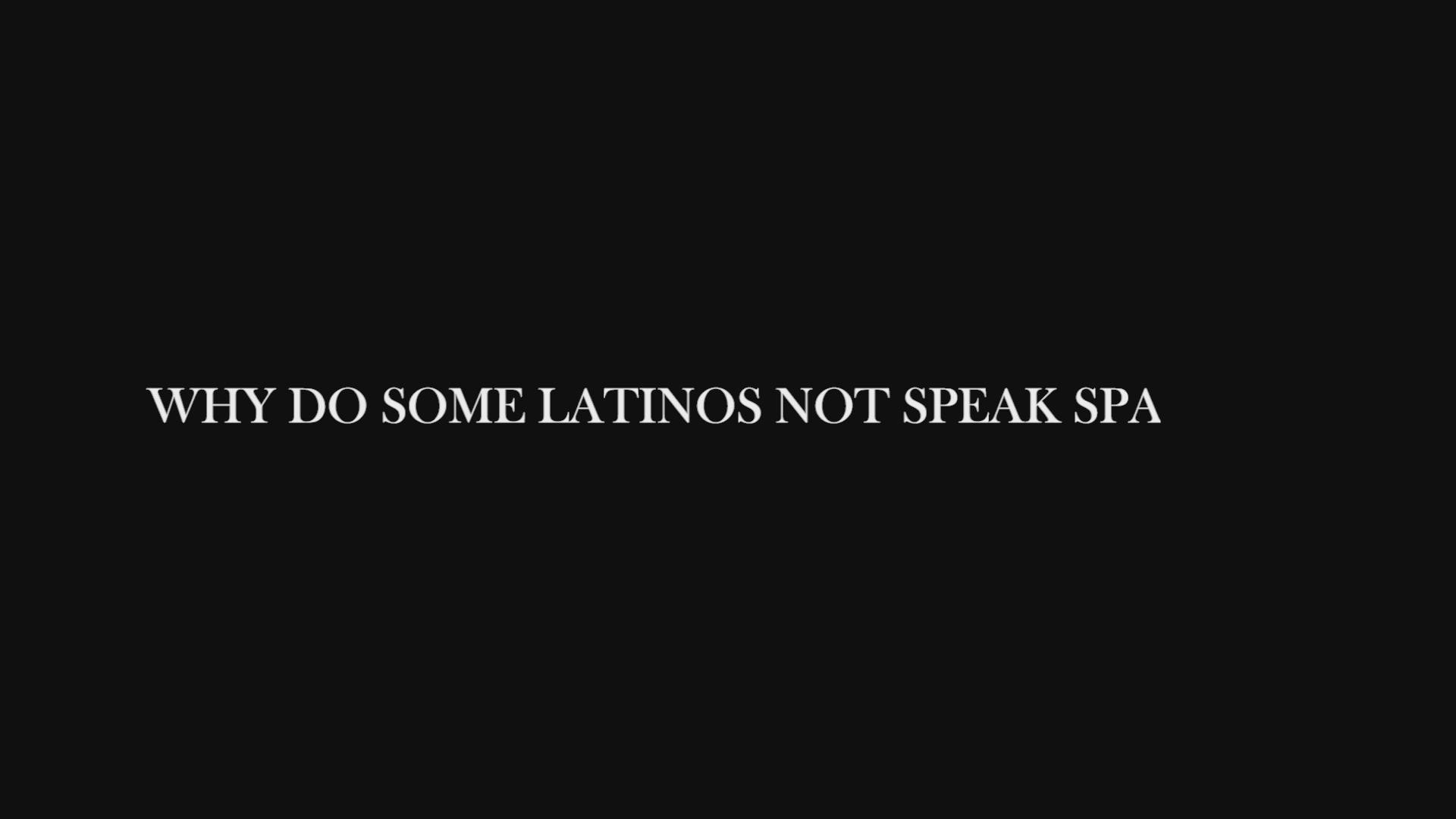 SAN ANTONIO — Many people question those Latinos who do not speak Spanish.

Joshua Amparan and Michelle Mireles both of the Hispanic ethnicity do not speak Spanish. Mireles says she's been questioned as to why.

“I’m used to it now, but for a long time, I wondered why wasn’t I taught Spanish," Mireles said.

Both of Amparan's parents speak Spanish, but he can understand it better than speak it.

“I will say a lot of the people I grew up with have similar upbringings," Amparan said. "Their parents were more fluent in Spanish and they really didn’t know a lot."

Many experience ridicule from Latinos and other races.

“People would automatically go up to my daughter who is just as dark-skinned as I am speaking Spanish to her and then get after her for not speaking Spanish, Rosendo Gutierrez said. "She’d say, 'Dad, these people are getting -- some of them almost violent -- with me.'”

We turned to the Director of UTSA's Mexico Center and an Associate Professor of History, Jerry B. Gonzalez, Ph.D., for answers about when Spanish fell off for this generation.

"Here in San Antonio and South Texas, language has been at the very center of a number of discriminatory policies and actions, at the center of the disinvestment of different communities, so we kind of have to begin really early on," Dr. Gonzalez said.

Dr. Gonzalez says the treaty of Guadalupe Hildago ensured Mexican Americans would have the right to speak Spanish.

“For most of the 19th century. Spanish was meant to be on an equitable plain with English," Dr. Gonzalez said. " At least on the books, but that’s not how it played out in every day.”

Segregation in schools ended in 1954, but still many students faced inequities.

“There were signs all over the school bathrooms, doors, everything, 'Say It In English'. I still remember it was a white sign with red lettering," Rosendo Gutierrez said. "What bothered me the most was the fact that it kind of turned us against each other."

“That English-only mandates are what colored most of ethnic Mexican experiences in education and primary school education throughout the first half of the 20th century,” Dr. Gonzalez said. "So even though Mexican students can go to school with white folks, they still can’t speak Spanish in schools."

Many students are reprimanded for speaking Spanish in a number of ways.

“In school, I remember speaking it or just turning around to say something in Spanish and then, 'Herlinda, go to the office,'" Herlinda Sifuentes said while holding out her hand. “They would hit you with a paddle."

"I recall hearing that they would have to pay a penny every time they were caught saying something in Spanish or get paddled," Diana Herrera said.

"At the playground I say something, and it wasn’t nothing derogatory, but I say something and somebody, a teacher, says "You are not supposed to speak Spanish'," Richard Herrera said. "They take me to the office and they threaten to paddle me."

“That really stigmatized me, it really did because I was punished, I was paddled and I think to myself, 'I want to learn English,'" Rosendo Gutierrez said. "We went through a lot. It lasted all through elementary school and it lasted all through junior high before those signs started coming down.”

Non-Latino classmates are unaware of this treatment.

Prejudice with the Spanish language continued into the '80s with long-lasting effects.

"What begins to happen by the ’50s, there are tens of thousands, if not hundreds of thousands, of folks who are no longer learning Spanish at home or are actively being repressed of speaking Spanish out in the streets,” Dr. Gonzalez said.

“My mom would just tell me that it just came down to school," Michelle Mireles said. "Being in school and being treated different because you spoke the language and just to protect us from all of that they just decided just strictly English."

“I think just the fact that they were trying to mold us by forcing us to learn English so that we could be assimilated into the mainstream," Rosendo Gutierrez said. "I know the intentions were good, but the manner in which it was done and the results, I never felt were good."

"The result is that now we are in 2021, there are generations of Latinos that don’t speak Spanish as a result of this deep history of language suppression," Dr. Gonzalez said.

There is hope for the next generation.

“My kids personally, I want them to know Spanish," Michelle Mireles said. "My twins take Spanish classes to try to get to speak."

"My older son is actually probably more fluent in Spanish than I am and I know now my father tries to talk to him almost exclusively in Spanish to try to help him keep up those skills," Joshua Amparan said.

“I think it’s important to recover in some way that language that was stolen from us, because if stolen that is too strong of a term for some people, that language that was denied us in some way," Dr. Gonzalez said. "That’s an important part of just identifying of who you are, it’s important to be bilingual, or more especially in a place like Texas which is the bilingual capital in this country."