D'Ante Benton's recruiter snapped a picture of the father-son duo and posted it to social media. The post now has more than 9,000 likes and 16,000 shares. 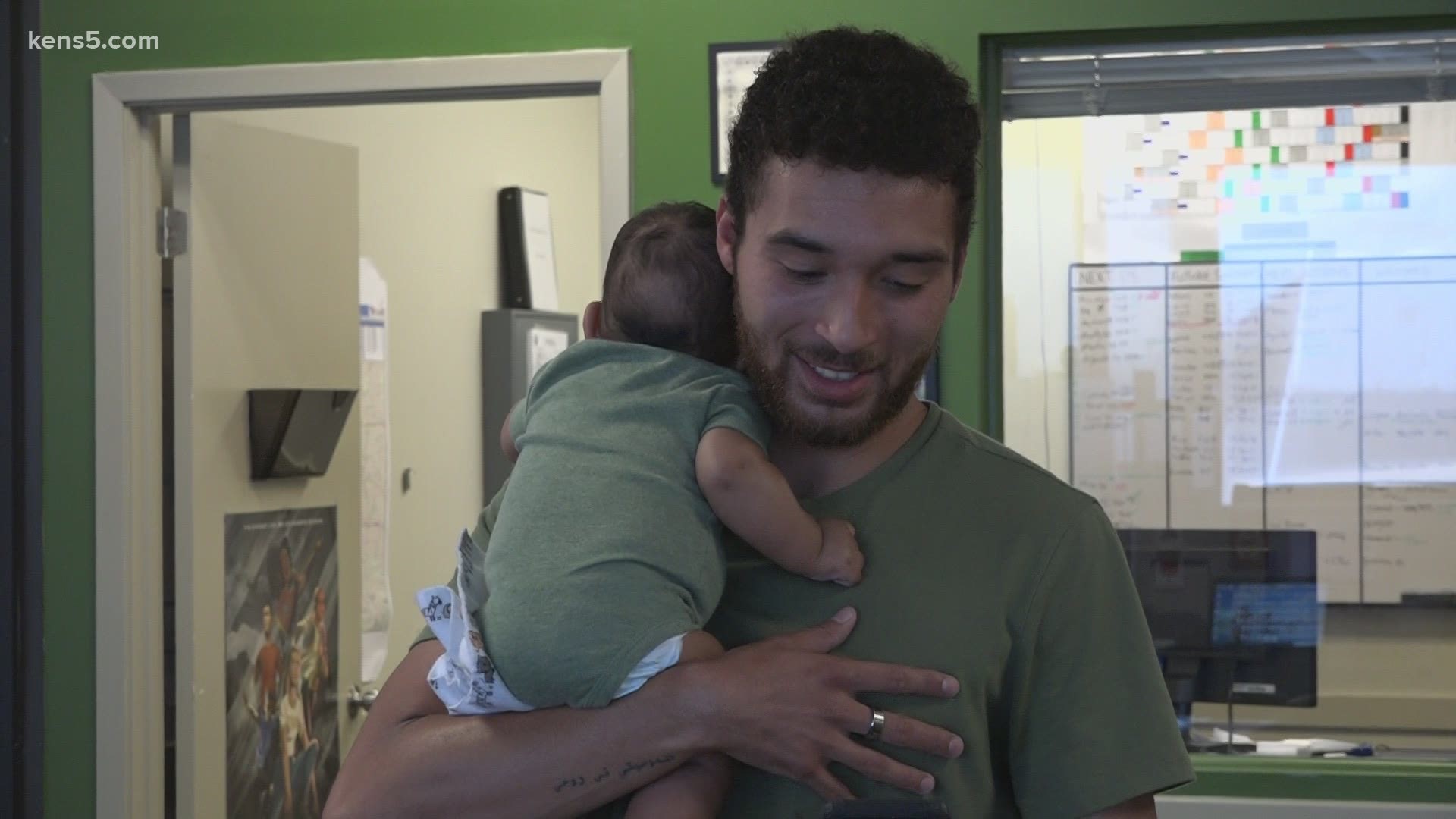 SAN ANTONIO — Being a parent can sometimes mean doing everything you can to make sure your child is taken care of. And for one San Antonio dad, that meant bringing his son along as he prepares for his career in the Army.

At three months old, his son, Keon, is a calm baby. He doesn’t cry much unless he’s hungry or needs to be changed.

“Always chill and excited to do things, so I’m excited to live life with him,” Benton said.

Little Keon has no idea all that his dad is willing to do for him.

"After about a month old, I became a stay at home dad, so getting to watch him grow up -- it’s been perfect," Benton said.

Benton decided to join the Army Reserve and provide Keon with a life he couldn’t have when he was younger.

“It’s going to be something that I definitely want for him -- to provide a house. A nice house over his head and his ability to go to school," Benton said. "All that stuff.”

To get ready for the Reserve, Benton had to take a practice military entrance exam. He’d already rescheduled because of the baby.

However on Friday, he decided to take Keon with him

Creighton had never seen anything like it before in his time as an Army recruiter. He snapped this picture of the father-son duo and posted it to social media. The post now has more than 9,000 likes and 16,000 shares.

After being in the Army for 13+ years I got to experience something out of the NORM yesterday. I am currently a ARMY...

Sgt. Creighton says he was moved by Benton’s dedication, and is excited to get him going.

“The next steps are obviously to get him test qualified. From there, get him physically qualified, then eventually have him join the United States Army Reserve," Creighton said.

While he may not be able to take Keon for the rest of his journey, Benton knows his son would be proud.

“With anything that’s worth perusing, you always have second thoughts," Benton said. "You always have the 'should I do it or shouldn’t.' It’s just taking that leap of faith and getting the ball rolling.”