LEGO model depicting Battle of the Alamo on display this weekend 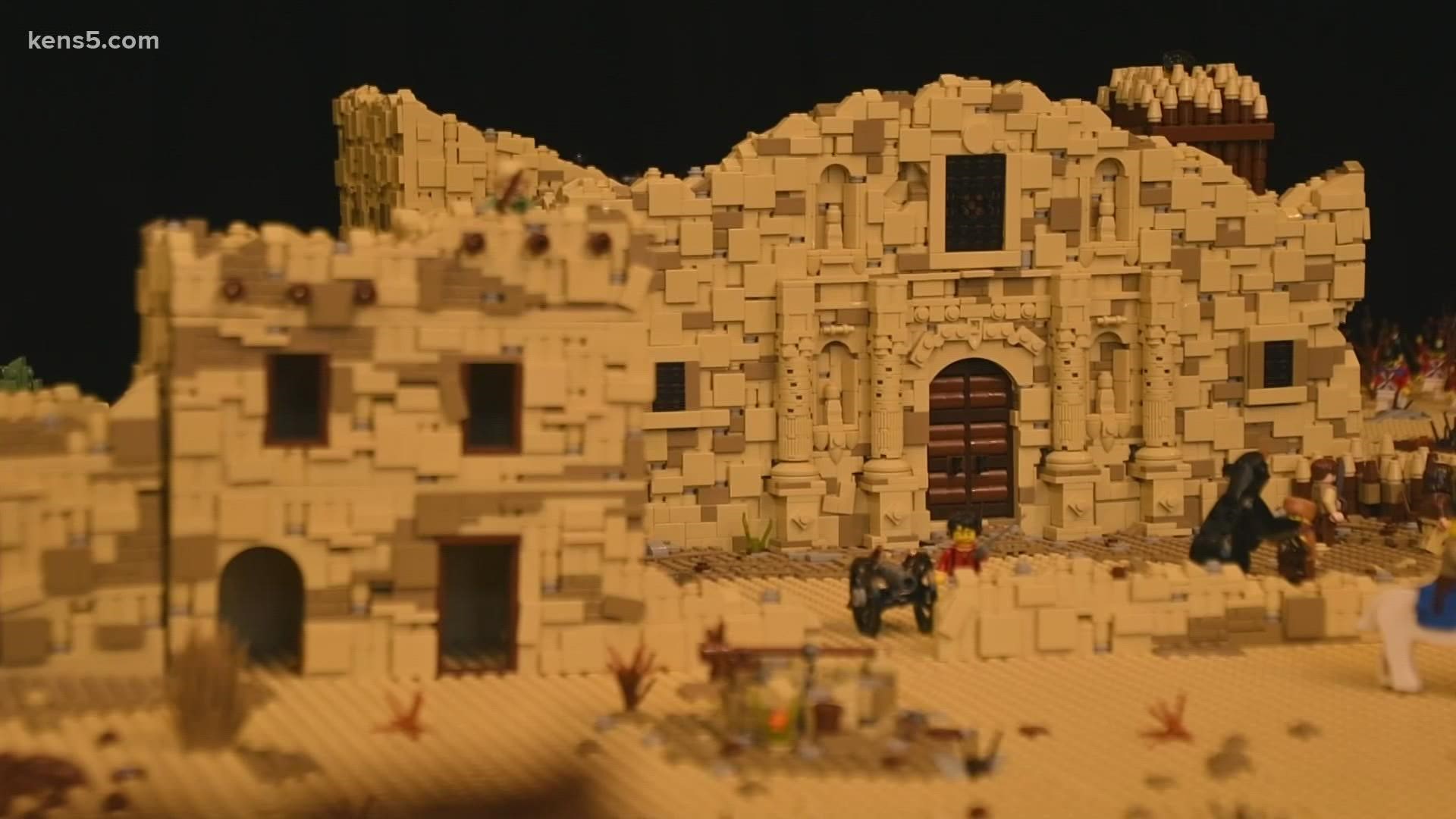 SAN ANTONIO — Starting this weekend, people visiting the Alamo will have a chance to see one of the pivotal events in Texas history in a new way.

Brick by brick, the Alamo Trust is offering visitors a new way to piece together the story of the Alamo.

“We’re always looking for better ways to help people learn about the battle and so I think this is a great way to bring it to life,” said Alamo Marketing Director Sheila Mayfield. “I think it just really brings to life the size and scale of the 1836 Battle of the Alamo. It allows you to see the fort as it was in 1836."

This LEGO recreation of the Battle of the Alamo is the work of Houstonian Adam Bell and his family. Building it took over 200 hours and over 50,000 bricks.

“It’s neat to see that sense of scale that we can’t see today, it doesn’t look like that anymore,” Mayfield said.

The model depicts segments of the fort that don’t exist today, like the palisade and the lunette, which are set to be rebuilt as part of the Alamo redevelopment master plan.

It’s also being housed in the Crockett Building across the street from the Alamo, future site of the Alamo Museum and Visitor Center.

“One of the aspects that we’ll have here is a 4-D theater where people can really see the battle come to life and just all of those precious artifacts that we have right now that we can’t display because we just don’t have the space right now will all be here,” Mayfield said. “So, you can see the full 300-year history of the Alamo with the new museum.”

They can’t claim 100% accuracy as there were very few survivors of the battle, and the Bell family took some creative liberties. For instance, Davy Crockett did not fight a bear.

At least, not at the Alamo.

“I think those are just some fun with mini-figures that he had,” Mayfield said. “But the structure itself we know is very accurate and our collections team had vetted it against what they know from their historical research.”

The exhibit will be open from Friday to Sunday every weekend through the end of the year. Mayfield hopes the display gives visitors a sense of scale they won’t be able to get from the Alamo itself.

“Actually seeing this, you can visualize what the fort looked like, that it was a lot more than just the Alamo church. You can see what a huge footprint there was at the Battle of the Alamo,” she said.