Astros fans to Justin Verlander: You can do it! #TakeItBack

Fans gazed into the eyes of a life-size cutout of J.V. and channeled their inner coach as they shared a motivational message with the Astros pitcher. 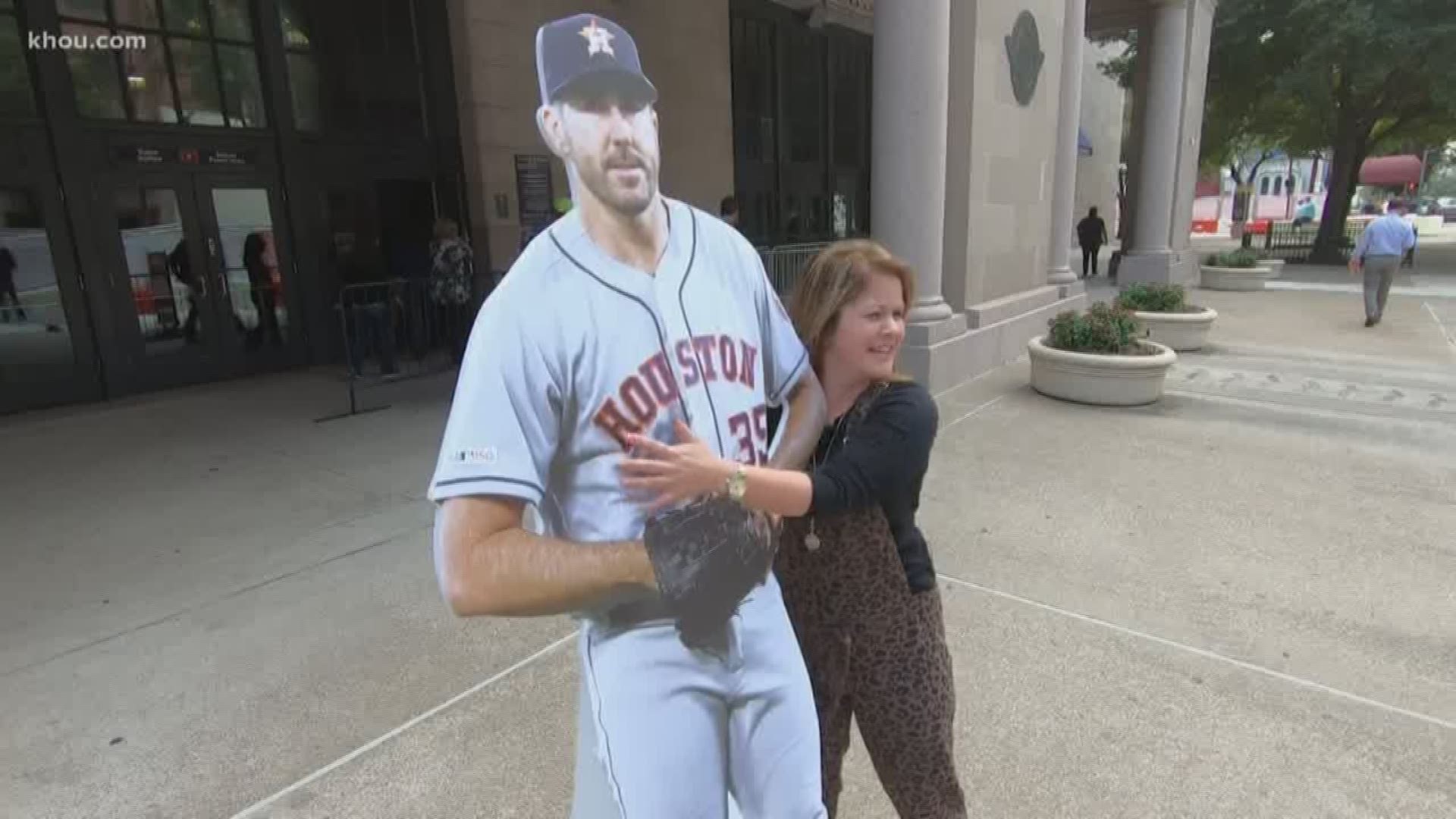 HOUSTON — The Houston Astros face the Washington Nationals at Minute Maid Park on Tuesday night for game 6 of the 2019 World Series. The Astros lead the series 3-2 and a back-to-back-to-back wins in Washington D.C. over the weekend.

Justin Verlander will be on the mound for the Astros and like Gerrit Cole, fans are convinced J.V. will redeem himself.

Both Cole and Verlander took losses in Games 1 and 2.

What would fans say to motivate J.V.?

KHOU 11 News set up a life-size cutout of Verlander outside the Astros Team Store and asked fans to send toss a message his way.

"I think we give him a big hug," said Joanna Gruver, of what she'd do first upon meeting Justin Verlander.

"You helped us bring the last World Series home. You can helps us again," said Rosie Solache.

One guy insisted on planting a big kiss on Verlander's right cheek.

It's safe to say Houston has a sweet spot for Justin Verlander.

The Astros picked him up in 2017 and he pitched his way to a Worlds Series win a couple months later.

LEAVE A MOTIVATIONAL MESSAGE FOR VERLANDER HERE ON OUR FACEBOOK PAGE

KHOU 11 News
If you had a chance to pull Justin Verlander to the side, what would you say to amp him up ahead of Game 6? #TakeItBack #Astros #WorldSeries #WSHvsHOU

He's still set to win the Cy Young Award for best pitcher in the majors. His regular season performance is top notch.

"It’s not, if you do well. It’s when you do well," said Gruver. "Because you’re going to do well. And we’re going home with the win!"

Verlander reportedly is very meticulous when it comes to game day preps. He likes to be calm and in control. Personal catcher Robinson Chirinos helps to keep that chill vibe going once #35 is on the mound.

"Bring another pennant home for the Astros and for Houston and win your first pennant for your little girl," said fan Pam Fahrenthold.

RELATED: Justin Verlander now has more postseason strikeouts than any other pitcher in MLB history