The parents and six of the children were inside the mobile home when it erupted in flames in late November. 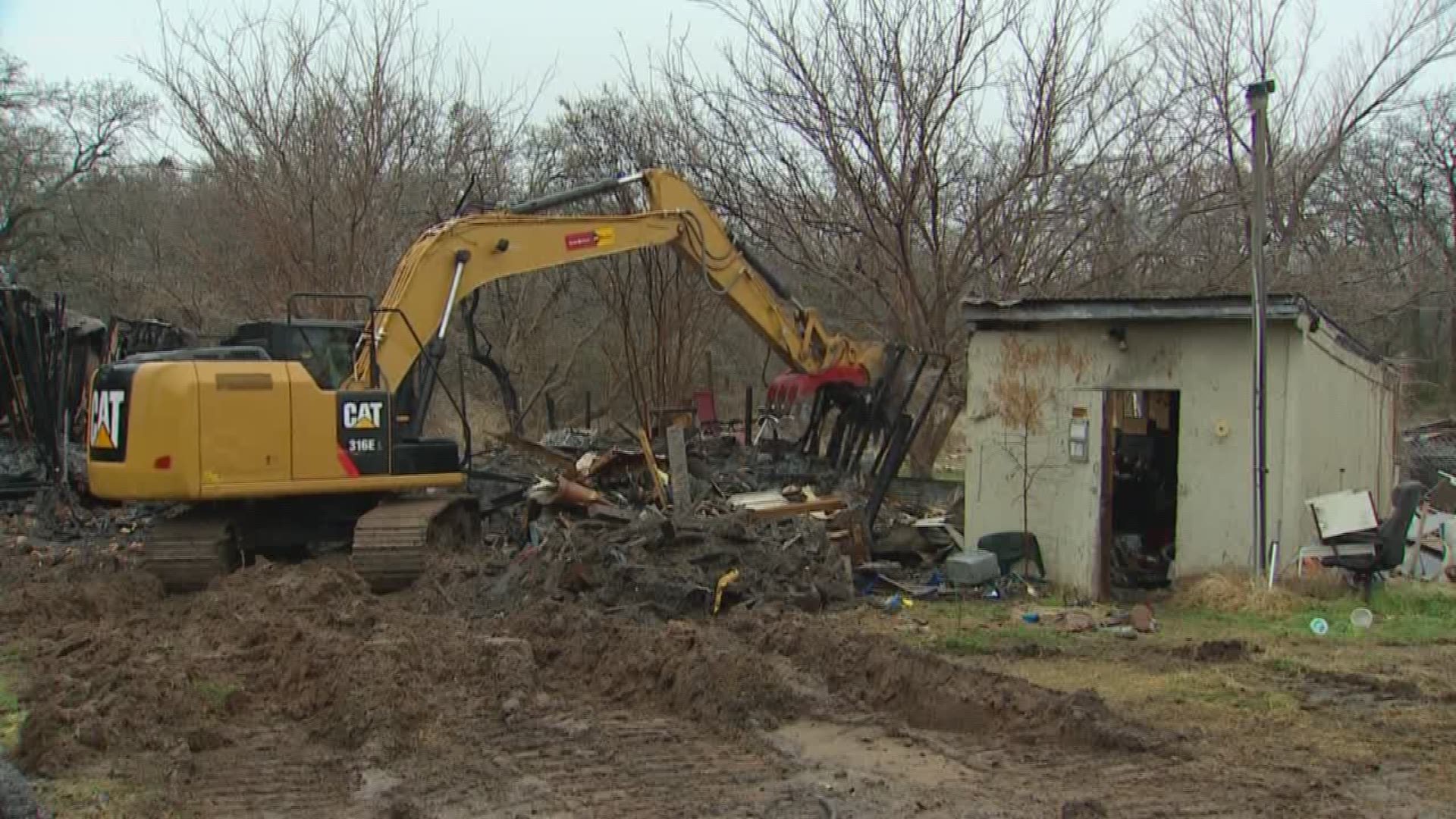 In Wednesday's freezing temperatures in rural Parker County on Kalinga Drive, Billy Ellis, at the controls of his CAT excavator, began tearing down the remnants of his neighbor's mobile home: the next step in putting the shattered lives of a family back together.

"Just trying to do what we can," Ellis said. "We're neighbors, you know. We love them just as much as we love our own family."

Their neighbors are Jeff and Sarah Leonard and their eight children. The parents and six of the children were inside the mobile home when it erupted in flames in late November. Dramatic body camera footage captured the frantic minutes it took for firefighters, police, and neighbors to pull the family to safety. They all survived although Jeff Leonard remains hospitalized, intubated, still in recovery from the severe smoke inhalation he suffered.

"They're alive," Chelsea Ellis said. "And they're so happy to be alive."

Chelsea Ellis and her husband are behind the GoFundMe effort to help their neighbors.

The Leonard family owns the Weatherford property, where their home once stood. The home was not insured. So for free, Billy Ellis' company, Eco Earthworks. is clearing the debris and sorting it, so that another company, Ace and Gary Services, can haul it away for disposal and recycling - with any funds generated going to the Leonard family.

They are actively trying to secure the donation of a replacement mobile or manufactured home to place on the property, so that the family will have a place to come home to. "To see a child's clothing soggy and burnt, their toys melted together," Billy Ellis said during a break from clearing the debris, "everything this family owned they lost. Literally everything. I mean look at the pile."

The GoFundMe has raised more than $34,000 so far. That's not even enough to pay for the emergency helicopter flight that took the critically injured dad to the hospital. The Ellis' are asking for additional help from the public.

"The more people that come together the better they'll be. If everyone gives a little bit, then it comes out to a lot," Chelsea Ellis said. "They're a close knit family and we want them back together."

Back together with the help of one neighbor, one gesture, one dollar, one piece at a time.