"When I hear the rain or news about the rain...it's a lot of stress." 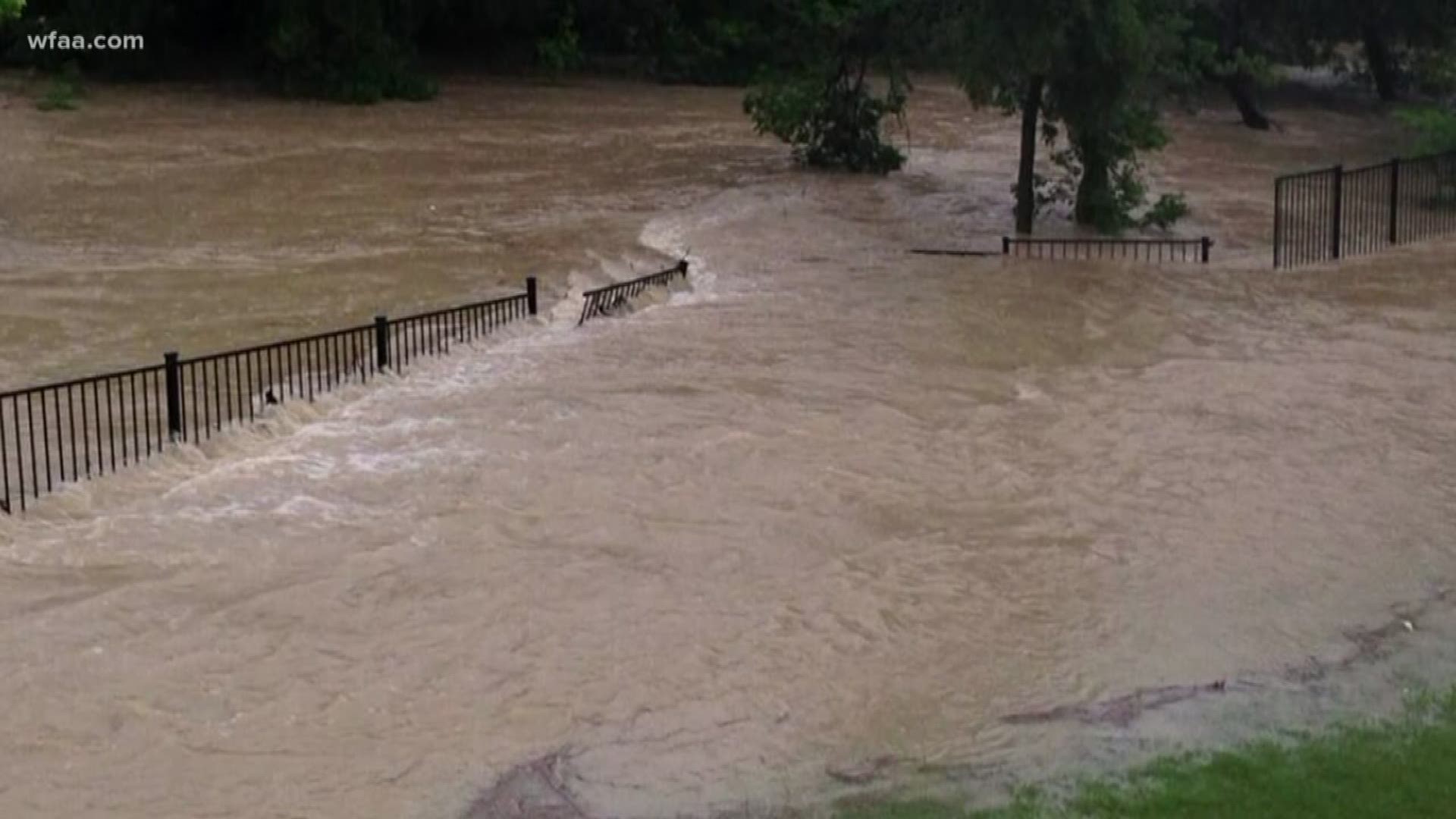 The sound of running water is normally a calming sound for most people. But for Iga Njagi it is quite the opposite.

"When I hear the rain or news about the rain...it's a lot of stress," the Little Elm resident said.

When she bought her home six years ago she did not know she would be also investing in a real headache. She says her backyard has slowly eroded after the creek behind her home started flooding.

"We don't know what to do. I tried just begging and begging for help," she said.

Her backyard is threatened by Cottonwood Creek. The creek has already taken her fence and her trees in the backyard. She says the majority of the problems have been occurring in the last two years.
Her property practically is the line between cities Frisco and Little Elm.

Several homes in her development also hug that line between cities. She says her location has made the solution not so clear-cut.

Njagi says her children cannot use their full back yard. There is roughly 20 to 30 feet of her backyard that has completely caved in.

WFAA reached out to both cities. Representatives from both cities say this is not a new problem. Frisco confirms that it has been the subject of several lawsuits:

The town manager of Little Elm tells WFAA that Njagi's property is within their town limits. Town Manager Matt Mueller says city engineers have been out to inspect the property.

"The Little Elm town council has reviewed this several times. It has been found that this is an issue on private property and there is no Little Elm drainage easement to maintain," read a statement by Mueller.

Little Elm says if the town had an easement on the property it could take corrective action. Mueller said the property, however, is private and belongs to the homeowner. The town manager did stress that the home is not threatened by the erosion.

Not even a 100 yards away from the Njagi home the city of Frisco just finished building a large retaining wall. Njagi is hopeful that kind of retaining wall which borders several homes could also be extended for her.

"Who's gonna want to buy your home if the backyard is falling down?" said Connie Richards, a next door neighbor.

Ideally Njagi would like a stronger retaining wall built. But the big question is by whom. She tells WFAA that she has yet to reach out to the HOA for a response on the issue.

"I don't have a solution yet. I've tried everything," she said.