Choosing joy: The story behind the viral basketball shot made by a blind man from Grand Prairie

'It wasn't the shot that did it for me, it was my family's reaction. It's just a testament to the love and support of my family,' David Turner said. 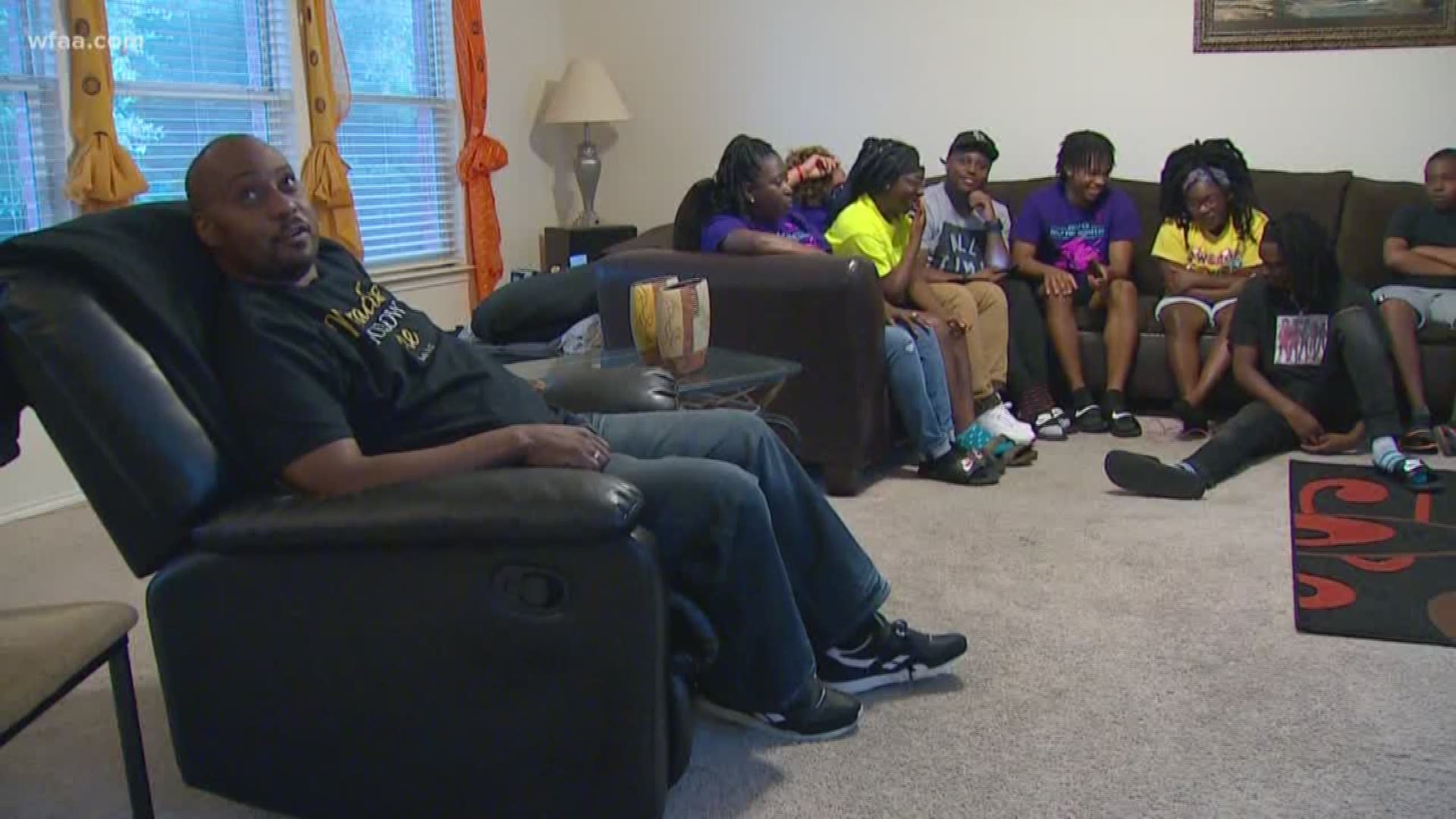 GRAND PRAIRIE, Texas — More than 10 million people on the internet have watched a video of Grand Prairie resident David Turner sinking a free throw, only to be followed by his family erupting into chaotic happiness.

Read that sentence again and one might wonder, "What's so special about that?"

Turner, 49, is diabetic and has had two retinal detachments. A rare medical occurrence, but not uncommon among diabetics, which caused Turner to slowly lose his vision.

"At first it was very disturbing," Turner said. "It hasn't been easy at all."

Gastroparesis is a disease, where the stomach cannot digest food in a normal and timely fashion.

Yet, through it all, Turner said he remains positive and chooses joy over dwelling on the negative.

"I just refuse to be depressed or down," Turner said. "It is what it is. I'm good. I'm still blessed."

"I smile about it all the time because it could be a lot worse."

Millions have now seen Turner's smile, and it's all thanks to a dare he didn't back down from on Memorial Day.

He was celebrating with family in DeSoto when a few relatives shooting hoops playfully suggested that Turner take a shot.

"I was in the house, and a couple of them came in and said that it's not fair everyone is outside shooting and that I should come shoot," Turner said.

"I am not a basketball player. Trust me. I figured I would have such an airball that it wouldn't even be funny."

But no one was laughing when Turner took his shot.

"They were standing under the goal telling me to shoot towards their voice, and then my other nephew just turned me in the right direction and that was it," Turner said.

One of Turner's nephews recorded the whole thing with his phone.

Once the ball left Turner's hands it rattled onto the rim and sunk through the net on the first try.

His family, well, lost it.

The video was picked up by ESPN and a number of other sport media outlets.

"We want to bring joy to people. We want them to know that even with disabilities or whatever is going on, you can do anything."

"I'm touched that people are touched," he said.

"It wasn't the shot that did it for me," he continued. "It was my family's reaction. It's just a testament to the love and support of my family."

RELATED: He's blind, severely deaf and traveling alone to every country in the world